With the rapid growth of cloud computing and data centers, enterprises also improve their demand for high-bandwidth and large-capacity cloud services, as well as the better deployment of data center interconnect, thus boosting their businesses to the largest degree. As an essential part of network transmission, 100G transceivers play an important role in data centers. Therefore, it's necessary to take a deep look at the 100G transceivers in data center interconnect.

What Is Data Center Interconnect?

Data Center Interconnect (DCI) usually refers to a technology that links two or more data centers together. The DCI technology can achieve a variety of transmission distances, from metro to ultra-long distance transmission, like subsea, which provides various options for enterprises. 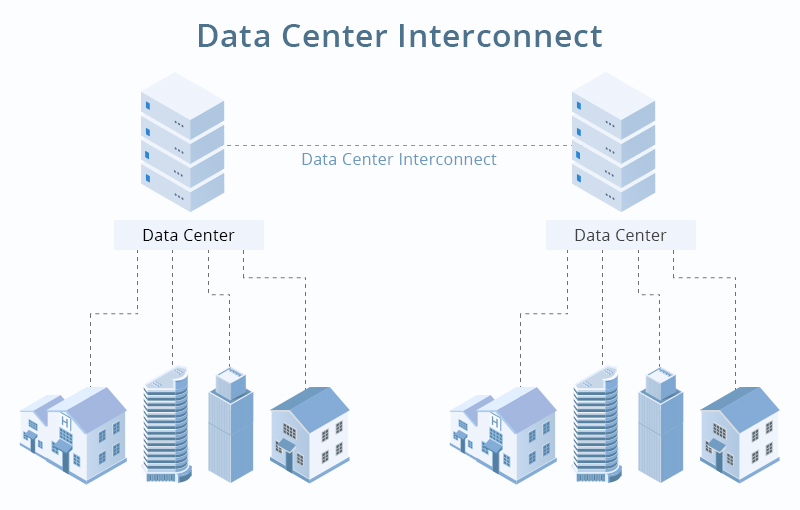 In spine-leaf data center network architecture, 100G transceivers are used as a bridge from the aggregation layer to the core layer. In most cases, the closer to the top layer of the architecture, the greater the data transfer capacity. For small data center interconnects for short distances, 100G DR modules will be a better option for their cost efficiency and suitable transmission capacity. As the picture shows below, 100G optical modules and cables are used to achieve 100G spine-leaf data center connectivity. 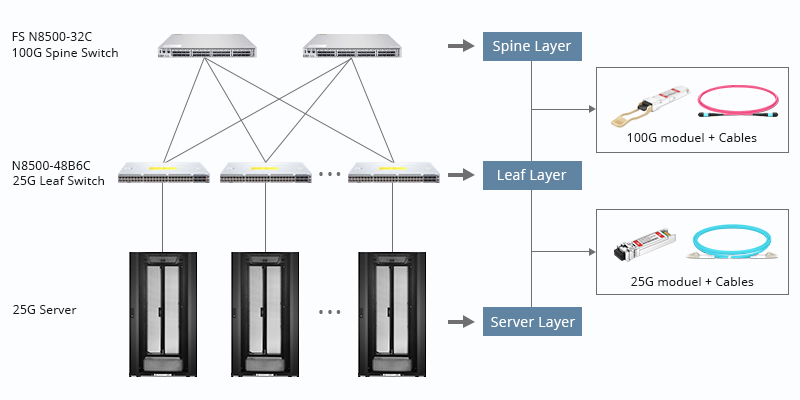 For modern highly-interconnected data centers, high-speed and large-capacity transmission is of great importance. 100G ZR modules enable a point-to-point link up to 80km transmission distance without the deployment of complicated open line systems, which is very suitable for metro area network and large enterprise applications. Besides, the 100G coherent optics are an ideal solution for over 80km transmission, which can achieve a 100G high capacity data center interconnect.

To sum up, with a huge 100G transceivers family, 100G transceivers are playing an increasingly important role in DCI, which also provides companies with a variety of DCI options. Enterprises should choose a suitable solution based on the actual requirements like data rate or distance.

Jason Paul
Server re-rack is complete! Thanks to Primespec Inc and FS.COM for the great customer service, and a
Jul 29, 2021
 11.2k
Knowledge