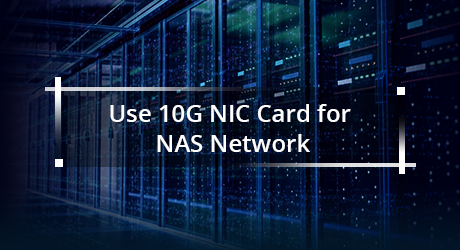 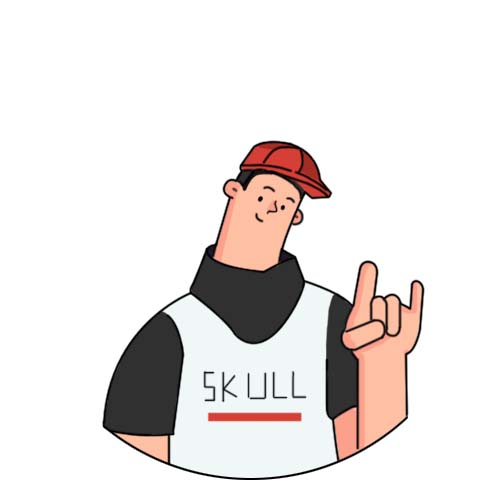 A network card can be used in many scenarios like server to switch network (learn more about NIC card application). This article will focus on 10GbE NIC card for NAS, and explain how to use a 10GbE network adapter to build a 10GbE NAS (Network Attached Storage) network.

A network card enables a NAS to connect to a network, and then allows authorized end-users to store or retrieve data of the NAS. Network adapters with various speeds provide different data delivery speeds between NAS and end-users. So building a 10GbE NAS storage network is relying on a 10GbE network adapter (read network card wiki to learn its definition, function and types).

Nowadays, the Gigabit speed of a NAS network can hardly meet the demand for delivering large files and multimedia data. Additionally, 10GbE network market has matured, since 10GbE network devices (like 10GbE network switch, 10GbE transceivers, etc.) have been widely deployed in large data centers for years. Thus, it’s time to upgrade your NAS to 10GbE.

What Are Needed in a 10GbE NAS Network

The main components for reaching a 10GbE NAS network are:

As mentioned above, a 10GbE network card is the key component inside a NAS for fast data delivery. Choosing a suitable 10GbE NIC for NAS is very important. It’s advised to buy one after considering factors like port number, operating system, price (learn how to choose a network card).

The cables and optics should be compatible with the NIC cards and switch. Users can use RJ45 cables and fiber cables to connect the corresponding switch and network card inside a NAS. For users who would like to use the existing copper network system, it’s recommended to use Cat6 or Cat6a patch cables to achieve 10GbE connections. If users have SFP+ network adapter and SFP+ switch, it’s required to use fiber cables and modules to connect the SFP+ PCIe card of a NAS and switch. Note that, for short-distance transmission, 10GE SFP+ DAC cables can be used instead of fibers and SFP+ modules to achieve the 10Gb connection.

Use of Network Card in 10GbE NAS Upgrade

Figure 1 shows the connection diagram of a 10GbE NAS network. A 10GBase-T PCIe NIC is plugged into the NAS for data delivery, and Cat6 patch cable is used to connect the NAS and 10 Gigabit network switch. The switch links to the PCs (installed with 10GbE network card) and router respectively by Ethernet cables. Ensure the PCs and NAS are in the same network. In this case, the authorized PCs are available to store and retrieve data in the NAS at the speed of 10Gbps.

Note that, if your switch is a 10G SFP+ network switch, SFP+ PCIe card should be used in your NAS. 10G SFP+ modules and fiber cables are often deployed to connect the NAS and 10G SFP+ switch like figure 2 shows. And a 10G SFP+ DAC cable can also be used to achieve the connection.

10GbE NIC for NAS network can help achieve 10GbE data transmission from the NAS to end-users, which will benefit overall network performance and daily tasks by speeding up your workflow.