Most current campus networks use 10G/40G Ethernet solutions where the link bandwidth is typically 10G between the access layer and the distribution layer, and 40G between the distribution layer and the core layer. However, the ever-increasing traffic growth from video streaming, artificial intelligence (AI), and cloud applications is driving the need for faster and higher-capacity campus network solutions. That's why 25G/100G Ethernet solution is gaining momentum. 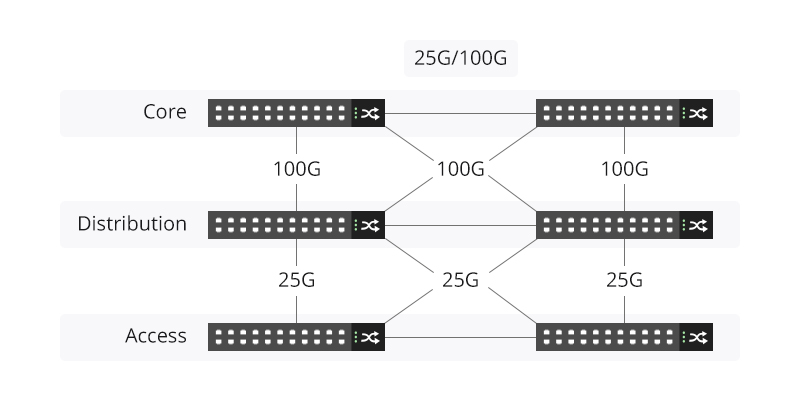 As long as the existing optical fibers can support the maximum transmission distance required, this reuse not only reduces the cost of purchasing new optical fibers but also saves you the trouble of redesigning your cabling architecture for the network upgrade.

A SerDes, short for serializer/deserializer, is a pair of functional blocks able to convert parallel data to serial data, or vice versa. The serializer, also called SerDes sender (TX), serializes and transmits the received data to the deserializer at the other end. The deserializer, or SerDes receiver (Rx), reconstructs the serialized data. The primary purpose of SerDes is to minimize the number of I/O pins and interconnects and speed up data communication. 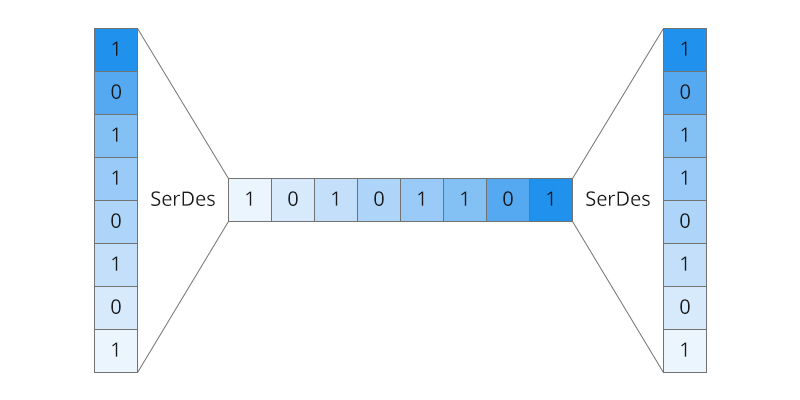 Thanks to SerDes, 25G SFP28 transceiver modules can support a data rate of 25Gbps on a single channel, and 100G QSFP28 transceiver modules can make a data rate of 100Gbps possible with four SerDes channels supporting 25 Gbps. This technology is also the reason why a breakout cable can be used to connect one 100G QSFP28 port to four 25G SFP28 ports.

FEC (Forward Error Correction) refers to a method of error control in data transmission where the transmitter adds error correction information to received data message and the receiver recognizes part of the data without the error correction information. This technology helps lower the Bit Error Rate (BER) in the data transmission process, thus improving the overall signal quality. However, FEC also comes with its fair share of limitations such as data redundancy and transmission latency. 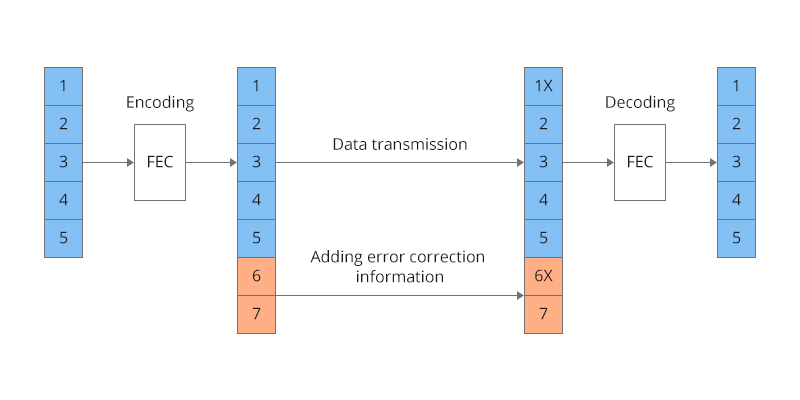 Used on transceiver modules, this technology makes it possible to increase bandwidth and improve performance without having to configure more fibers. In addition, lag is not likely to occur as transmission rate grows, enabling high-performance 25G/100G networks. 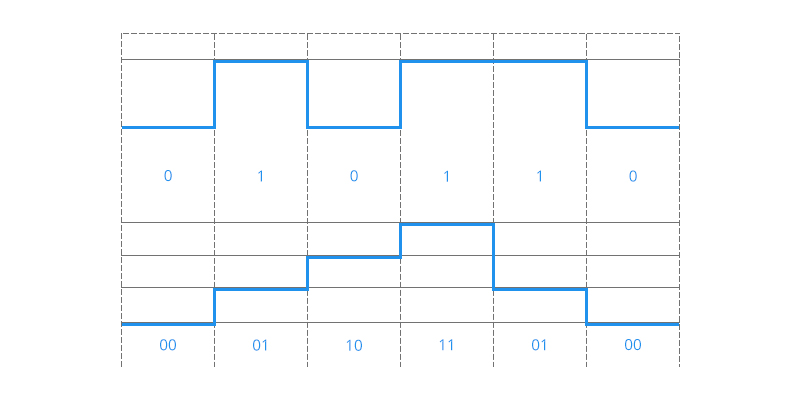 FS provides a complete portfolio of 25G/100G products to help you upgrade to 25G/100G network solutions. Here is a list of high-performance 25G/100G switches and transceiver modules for your campus networks.

With high bandwidth, low power consumption, and high density, the 25G/100G Ethernet solution is driving campus networks to a new level. Its values have been recognized by more and more enterprises and universities.