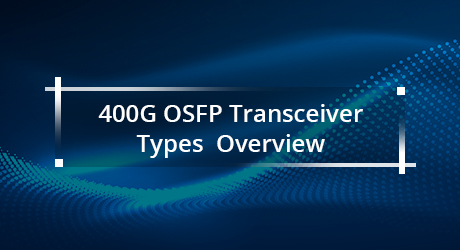 OSFP stands for Octal Small Form-factor Pluggable, which consists of 8 electrical lanes, running at 50Gb/s each, for a total of the bandwidth of 400Gb/s. This post will give an introduction of 400G OSFP transceiver types, the fiber connections, and some QAs about OSFP.

Q: Can I plug an OSFP transceiver module into a QSFP-DD port?

A: No. QSFP-DD and OSFP are totally different form factors. For more information about QSFP-DD transceivers, you can refer to 400G QSFP-DD Transceiver Types Overview. You can use only one kind of form factor in the corresponding system. Eg, if you have an OSFP system, OSFP transceivers and cables must be used.

Q: What other breakout options are possible apart from using OSFP modules mentioned above?