What is a Physical Server?

A physical server, also known as a bare-metal server, refers to a computer server with the motherboard, CPU, memory, hard drive, network connection, as well as an operating system (OS) for running programs and applications. Physical servers are stored on-site and provide a mainframe for communications, data storage and processing. 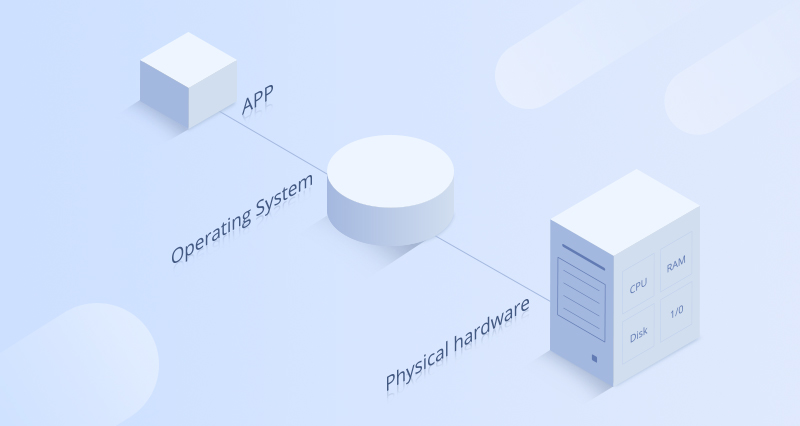 There are varied types of physical servers depending on their role in the network. The following is a list of some common types.

Proxy servers: Function as a bridge between a server and a client. As its name suggests, a proxy server acts on behalf of the user. It helps prevent invasions to a private network, and it can also be used to build a firewall.

File transfer protocol (FTP) servers: Used to relocate files between different computers. You can use FTP servers to download files from the server onto your computer or upload them from your computer to the server.

File servers: Store data files for multiple clients. They make data retrieval faster and make it easier to save or write files to a computer.

Database servers: Function as large storage that can be used and accessed to run multiple programs and applications. A database server can always run independently.

Print servers: Print files through a network by connecting remotely to local computers. Multiple computers can be connected to a print server so that they can share a single printer.

What is a Virtual Server?

How Does a Virtual Server Work?

To set up a virtual server, a hypervisor has to be installed on top of physical hardware. Once installed, the hypervisor can create and manage virtual servers that have their own virtual computing resources. A hypervisor can abstract computing resources, memory, storage etc from the underlying hardware and assign them to virtual machines. This way multiple operating systems and applications can be loaded on top of the virtual hardware.

Since a hypervisor can support multiple virtual servers that share the underlying physical hardware, multiple applications can be run simultaneously and more operating systems can be allowed.

Now that we have had a closer look at both physical servers and virtual servers, let's move on to discuss their differences. The following lists 8 key differences you should know.

In addition, because virtual servers are built upon physical hardware that is already in place, they can be created and powered on in a short time. That is not the case with physical servers which need additional components to be installed and set up before they can be used.

However, a high level of expertise is required to manage virtual servers. You should make sure your IT team is equipped with enough specific skills to manage your virtual platform.

Security management is easier in a virtual environment than in a physical one. With technologies at the hypervisor layer, security can be centralized for easier management. But for every physical server, you have to build an individual system of protection based on its own capabilities, computing resources, and the confidentiality of data stored. If there are a large number of physical servers in your network, it would be hard labor.

Moreover, a virtual server can be protected using a universal security model. Your IT team can develop, document, and implement security policies through dashboards on the hypervisor.

Portability is another major difference. You can easily move the workload across the virtual environment, for example, from one physical hardware platform to another without much input on your part. This workload migration can be done online.

But migrating your physical servers to another place is a complex process. In this case, you will need to move all data and hardware resources stored on the server to a new location, and then reinstall all of the software/hardware components on a new physical server. That means you almost have to rebuild a physical server from scratch.

Physical servers are more difficult to scale. Additional hardware components have to be used. In the case of new operating systems, new servers have to be purchased and installed. Besides, the process of installation and configuration takes a long time.

For both physical servers and virtual servers, it is essential to carry out 24/7 monitoring to prevent potential risks. When a physical server has some issue, only one physical entity needs to be fixed, which can simplify troubleshooting.

At the same time, virtual servers have the ability to isolate physical component failures from operating systems. This can lower the risks of downtime to some extent.

To build a virtual server environment, you need to invest more in hardware and software, but upgrading and scaling are far more cost-efficient. So virtual servers may lower the total cost in the long run.

For physical servers, you may save some money on initial software purchase, but if you want to expand your physical environment, it will incur higher costs.

When to Choose One over the Other?

The discussion above shows that both physical servers and virtual servers have their own benefits and limits. No one wins in every aspect. To help you make the optimal choice, here we sum up the most important considerations.

In a word, there’s no simple answer. When choosing between the two, it is important to consider their distinctive features and your own business needs to find out which fits your infrastructure best.