A simple understanding of FTTx is Fiber to the x, x here can be replaced such as H for home, B for building, C for curb or even W for wireless etc. It is a new technology used in today's network. As we know, compared to copper or digital radio, fiber’s high bandwidth and low attenuation easily offset its higher cost. To install fiber optics all the way to the home or the users' working places has always been the goal of fiber optic industry. Thanks to optical fiber all the way to subscriber, we can get unprecedented higher speed in enjoying more services at home with FTTx network, such as teleworking, tele-medicine, online shopping and so on. It is precisely because the demands for bandwidth keeps spiraling upwards, FTTx technology now is very popular with people and has to be imperative. 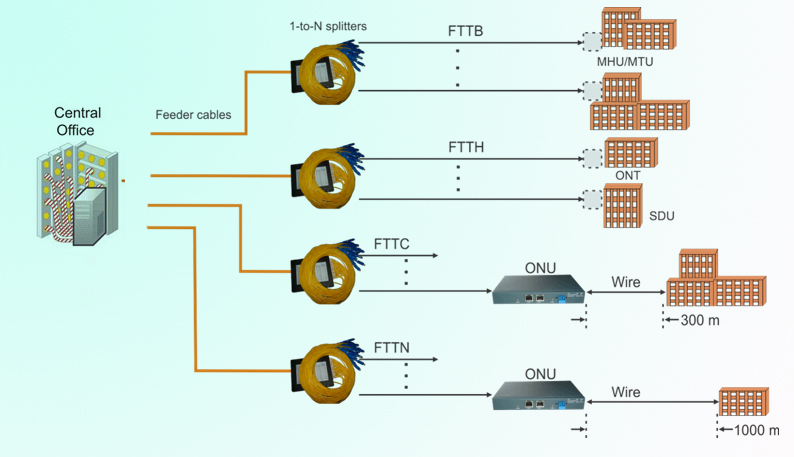 According to the different termination place, the common FTTx network architectures include these following types:

Fiber to the curb brings fiber to the curb, or just down the street, close enough for the copper wiring already connecting the home to carry DSL (Digital Subscriber Line). Actually, FTTC bandwidth depends on DSL performance where the bandwidth declines over long lengths from the node to the home. Though the cost of FTTC is lower than FTTH in the first time installation, it is limited by the quality of the copper wiring currently installed to or near the home and the distance between the node to the home. Thus, in many developed, FTTC is now gradually upgrade to FTTH.

FTTH active star network means that a home run active star network has one fiber dedicated to each home. It is the simplest way to achieve fiber to the home and offers the maximum amount of bandwidth and flexibility. However, this architecture generally needs a higher cost, as the requirements of the both in electronics on each end and the dedicated fibers for each home. 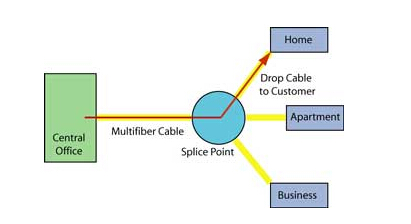 The FTTH architecture consists of a passive optical network (PON) that allows several customers to share the same connection, without any active components (i.e., components that generate or transform light through optical-electrical-optical conversion). In this architecture, it usually needs a PON splitter. PON splitter is bi-directional, that is signals can be sent downstream from the central office, broadcast to all users, and signals from the users can be sent upstream and combined into one fiber to communicate with the central office. The PON splitter is an important passive component used in FTTH networks. There are mainly two kinds of passive optical splitters: one is the traditional fused type splitter as known as FBT coupler or FBT WDM optical splitter, which features competitive price; the other is the PLC splitter based on the PLC (Planar Lightwave Circuit) technology, which has a compact size and suits for density applications. Because it cuts the cost of the links substantially by sharing, this architecture is more prefered by people when choosing the architecture. 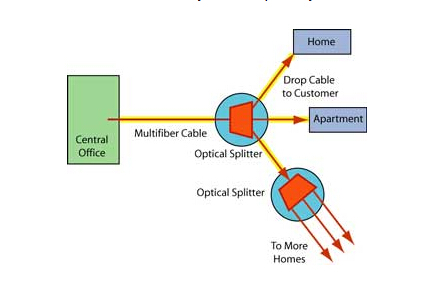 There are two major current PON standards: GPON(gigabit-capable PON) and EPON(Ethernet PON). The fomer uses IP-based protocol, based originally on ATM protocols but in its latest incarnation using a custom framing protocol GEM. EPON is based on the IEEE standard for Ethernet in the First Mile, targeting cheaper optical components and native use of Ethernet. In addition, there is BPON(broadband PON), was the most popular current PON application in the beginning. It also uses ATM as the protocol (BPON digital signals operate at ATM rates of 155, 622 and 1244 Mb/s). 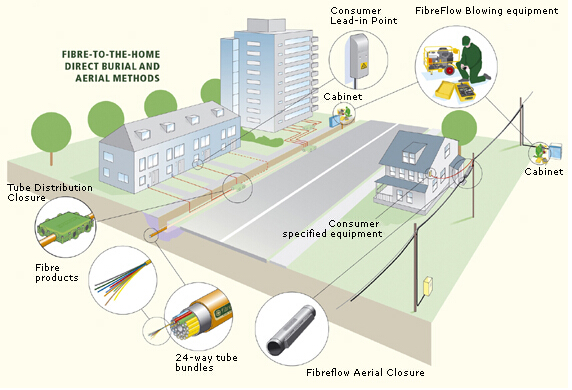 Though it reduces the cost of using fiber optics, compared to other network, the components of FTTx seem to be more expensive. Meanwhile, in order to ensure the network work well, it is necessary to test and commission the network. Testing FTTx network is similar to other OSP (Out Side Plant) testing but the splitter and WDM add complexity. The common used testers include:

VFL - VFL, short for Visual Fault Locator, is a kind of device which is able to locate the breakpoint, bending or cracking of the fiber glass. It can also locate the fault of OTDR dead zone and make fiber identification from one end to the other end. Designed with a FC,SC,ST universal adapter, this fiber testing red light is used without any other type of additional adapters, it can locates fault up to 10km in fiber cable, with compact in size, light in weight, red laser output. 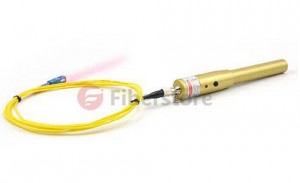 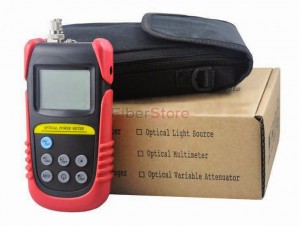 Optical Time Domain Reflectometer (OTDR) - OTDR is an optoelectronic instrument used to characterize an optical fiber. It can offer you an overview of the whole system you test and can be used for estimating the fiber length and overall attenuation, including splice and mated-connector losses. It can also be used to locate faults, such as breaks, and to measure optical return loss. It is an expensive tester, and needs more skills to use. 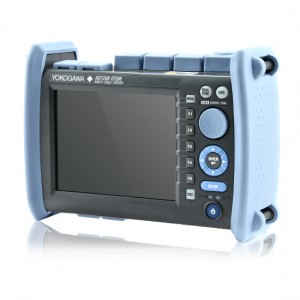 OCWR (Optical Continuous Wave Reflectometer) - OCWR is an instrument used to characterize a fiber optic link where in an unmodulated signal is transmitted through the link, and the resulting light scattered and reflected back to the input is measured. It is useful in estimating component reflectance and link optical return loss. 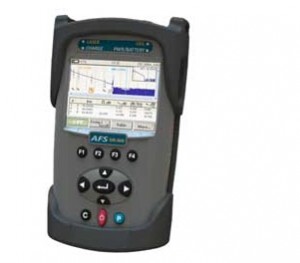 Optical Fiber Scope - Optical fiber scope is used for inspecting fiber terminations, providing the most critical view of fiber and faces. It can be able to perform visual inspection and examination of the connector end face for irregularities, i.e. scratches, dirt etc. Magnification can be up to 400x. 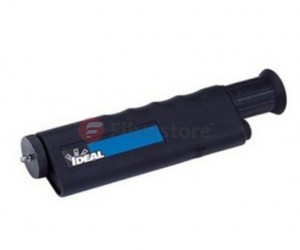 Doubtless, FTTx technology will continue to spread. With the higher and higher requirement of the network speeds, the requirement of FTTx is also improved both in technology and cost saving. And the next generation of PONs, such as 10G GEPON, WDM PON etc. also play an important role in the FTTx network development. Maybe one day, we could enjoy the FTTd, ie. fiber to the desk and enjoy a avariety of modern network services. 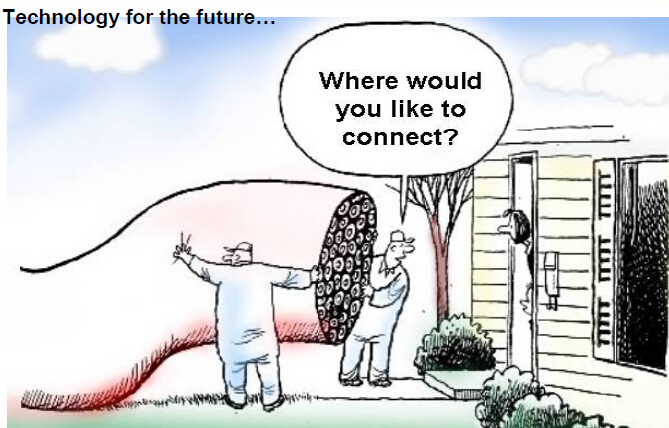 How to Design Your FTTH Network Splitting Level and Ratio?

Drop Cable and Its Termination in FTTH