CWDM Mux/Demux increases fiber capacity in either 4, 8, 16 or 18 channel increments. By increasing the channel spacing between wavelengths on the fiber, CWDM allows for a simple and affordable method of carrying up to 18 channels on a single fiber. CWDM channels each consume 20 nm of space and together use up most of the single-mode operating range. The CWDM wavelengths most commonly used are the eight channels in the 1470 to 1610 nm range. CWDM Mux/Demux allows any protocol to be transported over the link, given it’s at the specific wavelength.

16 Channel vs. 18 Channel CWDM Mux/Demux: Which to Choose?

Build a 10G network with a 18CH CWDM Mux/Demux delivers prominent advantages with reduced cost and improved efficiency. All you need is just 10G switches, 18CH CWDM Mux/Demux modules, 10G CWDM SFP+transceivers (or 10G CWDM XFP, if the switch is with XFP interfaces) and fiber patch cables. The typical architecture of a 10G CWDM network is demonstrated in the picture below. Let’s take a review of the four key elements required for a successful implementation of 10G CWDM network.

A 18 channel CWDM Mux/Demux utilizes all of the 18 CWDM wavelengths defined by standards, which integrates up to 18 different wavelength signals into a single optical fiber. The 18 CWDM wavelength channels are combined together in a multiplexer so that it can be transported simultaneously over a single dark fiber. FS.com passive 18-CH CWDM Mux/Demux is equipped with a monitor port for better CWDM network management.

A wavelength specific optical transceiver (SFP, SFP+, XFP, etc) plugged directly in to the data or storage switch. Up to 18 discrete CWDM wavelengths are available and can all be used as independent traffic channels. Each channel can be any variety of 100/40/10/1G Ethernet. FS.com also provides strictly tested 10G CWDM transceivers that fully compatible with the mainstream brands on the market. All the 10G CWDM transceivers are tested in real environment to guarantee best-in-breed performance and reliability. The following diagram presents the generic CWDM SFP+ transceivers for 18 CH CWDM Mux/Demux. 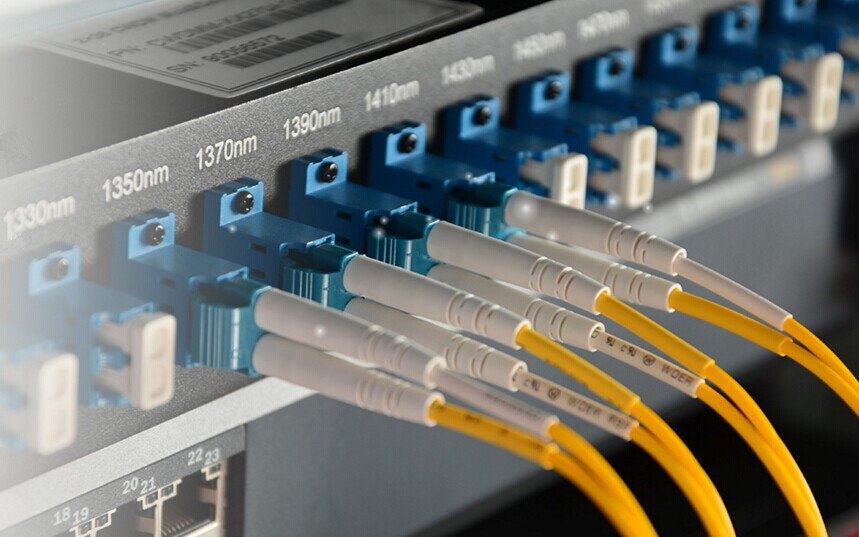 The “dark fiber” linking the sites or data centers. Without access to a dark fiber there is no opportunity to build a dedicated fiber network.

With the help of 18 channel CWDM Mux/Demux, 10G network has become approachable and affordable with less labor-intensified work and deployment costs. Besides, a CWDM system also enables unsurpassed flexibility to get fully prepared for any capacity expansion in the future. FS.com is one of the featured vendors to provide a complete solution for optical and enterprise network—your vendor of choice for CWDM Mux network, optical transceiver modules, fiber patch cables and other network components.