SFP-10G-SR is typically used as a part number by Cisco. It is a lowest-cost, lowest-power 10G SFP+ module for very short reach applications. This article collects frequently asked questions about 10G SFP+ SR modules for learners in the first stage.

10GBASE-SR SFP modules can support GE speeds, but this depends also on host system port properties. In the case of Cisco Catalyst switches, it will not mostly work, but in some systems, you can configure a 10G port to run in GE mode and it will be supported by a transceiver module.

SFP-10G-SR-S and SFP-10G-SR-X are also typically used as a 10GBASE-SR SFP+ transceiver part number by Cisco. "SR-S" belongs to Cisco "S-Class" optical transceivers. "S-Class" modules are transceivers that only incorporated the features most commonly seen in enterprise and data center applications.

SFP-10G-SR and FET-10G transceivers are exactly the same from a hardware perspective, just with different coding. FET-10G has special coding features that are recognizable and usable only with the Nexus 2000, Nexus 5000, and Nexus 7000 series.

10GBASE-T SFP+ could be the only option when you already have copper cables in the wall, or the equipment you need to connect only has 10G copper ports. For very short distances like intra-rack or inter-rack connection (typically 0-50 m), DAC (Direct Attach Cable) or AOC (Active Optical Cable) would be the cost-effective choices. While for link length beyond 50 m, SFP-10G-SR transceiver and fiber patch cable are necessary.

Which Patch Cable Should I Use for SFP-10G-SR?

10GBASE-SR SFP module has an LC duplex connector operating over 850nm for short reach, a multimode LC-LC fiber patch cable is the best fit. It supports a link length of 26 meters on standard multimode fiber (MMF), and the reach can be extended up to 300 m with laser-optimized OM3 MMF and to 400 m with OM4 MMF.

Is the SFP-10G-SR Transceiver Supported on Switches From Different Vendors?

As to the SFP-10G-SR compatibility, it also depends. Since most host system vendors have no protectionism policy, they can fairly accept any MSA-compatible transceiver in their systems. All of the protection algorithms come on top of MSA guidelines, therefore the 10GBASE-SR SFP module will work on systems that compliant with MSA. However, the SFP-10G-SR module will not be supported on systems using different proprietary algorithms. 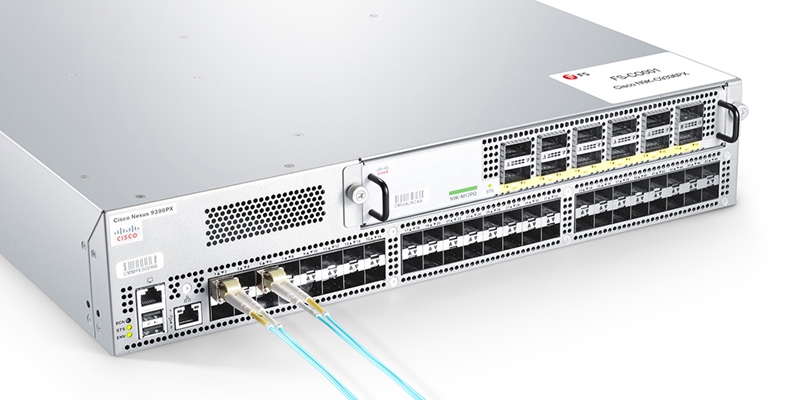 What Is the Price of SFP-10G-SR in the Market?

When comparing OEM vs compatible SFP-10G-SR price, you may notice a rather huge gap between them. OEM modules are first-party optics branded by original vendors like Cisco, Juniper, Intel, etc. Usually, equipment vendors subcontract production of these modules to OEM manufacturers, and attach their own logo on the modules, then selling these modules with 10 times and more markup. Compatible 10GBASE-SR modules made with the same spec and MSA standards perform equally as the branded ones, which has become a preferable choice for most users. The compatible SFP-10G-SR price may vary from vendors, but go with FS SFP-10G-SR as the cost-effective & wise choice won't let you down. 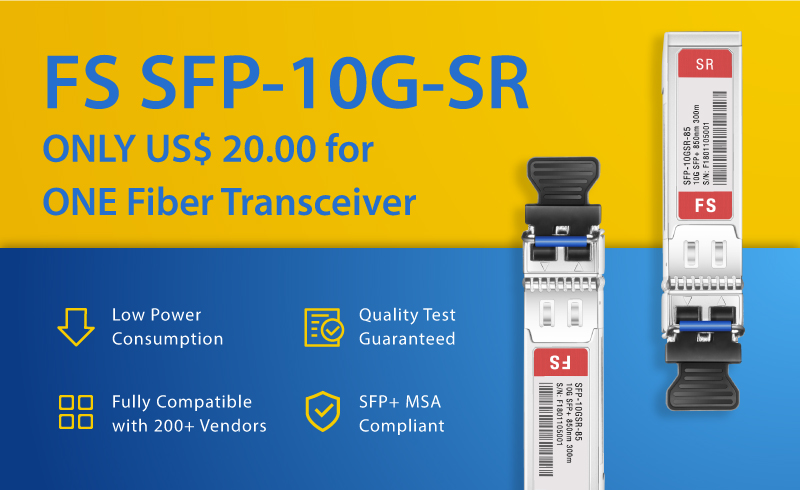