At present, the network switch in the market usually comes with two operating systems (OS). One is proprietary OS, which is designed, developed and sold by a particular enterprise. The other is open source OS, which can be used, changed, and shared by any vendors, and it is less costly than proprietary OS. Therefore, open source OS is more and more popular. Based on ONIE (Network Install Environment), there are multiple open source operating systems. Among them, Cumulus Linux is a powerful Open Network Operating System for network.

Cumulus Linux is a powerful open network operating system, which can be installed on various commodity hardware. The code used to build Linux is free and available for users to view or edit. Therefore, it looks like a world’s largest data center that allows users to automate, customize and scale using web-scale principles. In addition, Cumulus Linux supports layer 2, layer 3 and overlay architectures. This open architectural approach enables a wide range of solutions such as Clos, L3 network, L2 network, campus expansion, out of band management, etc. 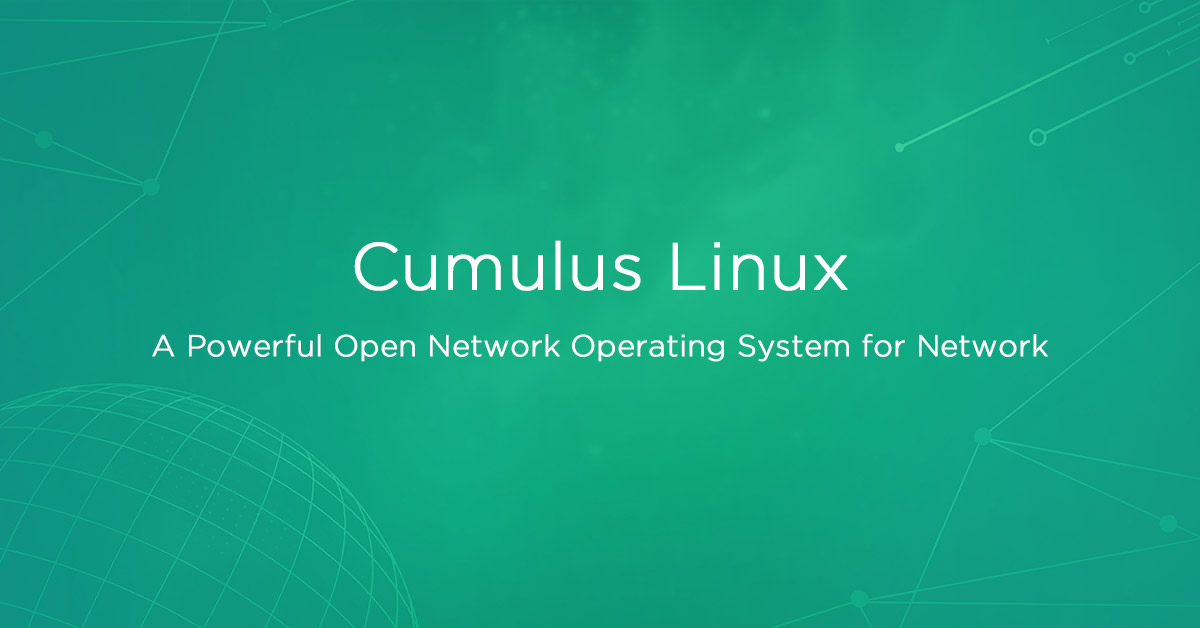 Unlike the Cumulus Linux OS is a Debian based Linux, Switch Light OS is an SDN-centric NOS based on Open Network Linux (ONL), which closely integrates with white box hardware. It ensures OpenFlow-like functions works on the current generation of switching chips for the data center. As a part of Big Switch Network, Switch Light OS still contains Big Cloud Fabric and Big Monitoring Fabric. This enables the reduction of network operation cost and eliminates time-consuming, manual procedures by automation. While Cumulus Linux has the way of itself to get easy network configuration and operation, which may be more economical.

PicOS, formerly known as XorPlus, is built on the XORP routing community. Usually, Pica8 brings the PicOS to market separately that to run bare metal switch as the Cumulus Linux from some manufacturers. However, PicOS also sells it bundled with their own white box switches. PicOS supports two versions, PicOS enterprise edition and PicOS SDN edition. Like the Cumulus Linux, these two versions both include the Debian Linux distribution, but PicOS combines the Debian Linux and an unmodified kernel to get the maximum programmability of DevOps. What’s more, these two versions can unite ZTP (Zero-Touch Provisioning) with ONIE. At Pica8, MPLS, GRE, NVGRE and VXLAN tunnels can all be easily controlled using PicOS SDN edition. In terms of PicOS enterprise edition, it enables to run both L2/L3 protocols as Cumulus software. The most special feature of PicOS is that it can run L2/L3 and OpenFlow on every switch port at the same time through CrossFlow.

The above open source operating systems all can be installed on the compatible bare metal switches, and you can choose a proper one according to your actual choice. However, Cumulus Linux is very popular and it is said that 34% of the Fortune 50 have already adopted it. Then, why choose Cumulus software? The main advantages of Cumulus Linux are as follows.

Since Cumulus Linux adopts Linux OS principles for networking, all applications available with the Linux operating system can run Cumulus Linux as well. With Linux almost across the entire data center and the unlocking vertical network stacks, customers can increase the operational efficiency and reduce the production time. This is also beneficial for users to reduce the CAPEX by lowering the cost of acquiring open switches and optics and decrease the OPEX by leveraging existing talent and assigning more switches per engineer.

In fact, Cumulus Linux can run on 70+ hardware platforms and has two different types of chip. It provides more choices of hardware and solves the problem of supply chain control. Then, you can choose compatible hardware based on your needs and budget.

Network Command Line Utility is a command line in Cumulus Linux. It features the functions of embeds help, examples, and automatic command checking with suggestions. So there is no need for you to edit files or enter modes and sub-modes. And it provides consistent access to networking commands via bash, which simplifies the configuration and troubleshooting process.

Built for network automation, scalability, and flexibility, Cumulus Linux is the world’ s most flexible open network operating system for bare metal switch. It is the ideal solution that allows you to affordably build and efficiently operate your network. Try Cumulus Linux, then you’ll know its magic.