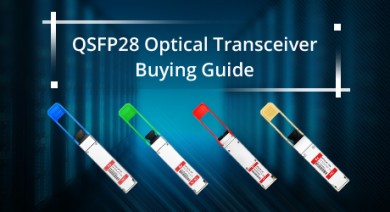 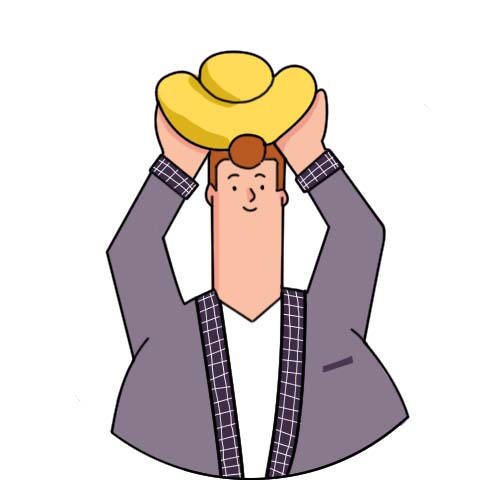 What Is 100G QSFP28 Optical Transceiver?

The 100G QSFP28 optical transceiver is designed for 100 Gigabit Ethernet, EDR InfiniBand, or 32G Fibre Channel. It generally has the exact same footprint and faceplate density as 40G QSFP+. Just as the 40G QSFP+ is implemented using four 10Gbps lanes, the 100G QSFP28 module is implemented with four channels of high-speed differential signals with data rates ranging from 25Gbps up to potentially 40Gbps. With an upgrade electrical interface, the QSFP28 100G transceiver is capable of supporting signals up to 28Gbps. QSFP 100G SR4, QSFP 100G LR4, QSFP 100G PSM4, QSFP 100G CWDM4, and QSFP 100G ER4 are the five common types of 100G QSFP28 modules designed to meet the different transmission distance requirements. Compared with 100G CFP/CFP2/CFP4 transceivers, the 100G QSFP28 module surpasses them with the strong ability to increase density, decrease power consumption, and decrease the price per bit. 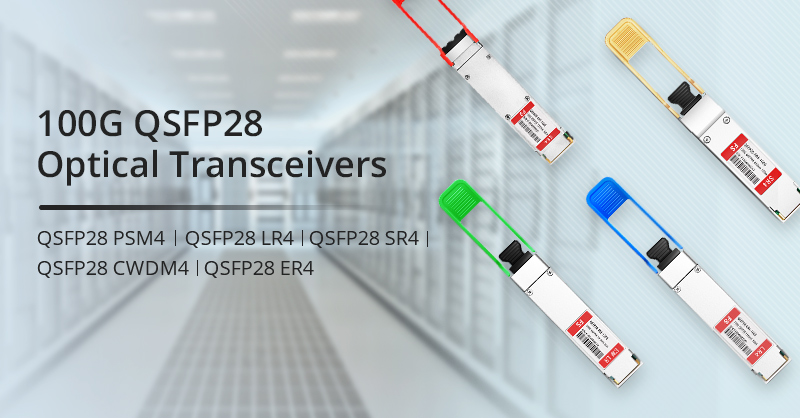 Differences between the 100G QSFP28 Transceiver

In this section, we will describe the differences between these 100G QSFP28 optics from the perspectives of standards, laser types, transmission media and transmission distances.

The 100G QSFP28 optical module standards are mainly defined by two key organizations, namely IEEE and Multi Source Agreement (MSA). The QSFP28 SR4, QSFP28 LR4, QSFP28 ER4 are defined by the IEEE. How to clarify these three items from their names? The ‘QSFP’ means the form factor; ‘28’ represents that each lane has a maximum transmission rate of 28Gbps; ‘SR’ means short reach (100m), ‘LR’ is long reach (10km) and ‘ER’ is extended reach (40km). ‘4’ represents that the module has 4 lanes. For example, the QSFP28 LR4 means that it is a long reach 100G module which can transmit 100G signals over four wavelengths with a transmission distance of 10km.

100GBASE-SR4 and 100GBASE-LR4 are the most commonly used 100G interface specifications defined by the IEEE. However, the transmission distance of QSFP28 SR4 is too short to meet all interconnection requirements and the cost of QSFP28 LR4 is too high for large data centers. Therefore, MSA brought a solution for mid-range connectivity to the market and defined the standards of QSFP28 PSM4 and CWDM4. Although the capability of QSFP 100G LR4 completely covers QSFP28 CWDM4, but the QSFP 100G CWDM4 solution is much cheaper and more competitive than QSFP28 LR4 in the scenario of 2km transmission.

The VCSEL laser features with small size, low power consumption, easy integration, low price and high coupling efficiency with multimode fibers, which is often used for QSFP28 SR4 modules. The QSFP28 LR4 and QSFP28 ER4 optics are used for long-distance transmission (10km or 40km), which need lasers with advantages of large eye volume, small dispersion, large extinction and long distance. The EML is designed to meet all those requirements for QSFP 100G LR4 and QSFP 100G ER4 transceivers. The DML can realize the signal modulation through the way of modulating the injection current of the laser. Since the magnitude of the injection current changes the refractive index of the active region of the laser, causing wavelength drift to generate dispersion. Thus, it is difficult to achieve high-speed signal modulation and it can not transmit for a very long distance. Thus, the DML laser is suitable for QSFP28 PSM4 and QSFP28 CWDM4 modules with a transmission distance of 500m or 2km.

The 100G QSFP28 optical transceivers are equipped with LC duplex or MTP/MPO-12 connectors, which transmission distances vary from 70m to 40km. The transmission distances of the QSFP28 optics decide the application scenarios of them. All the QSFP28 100G transceivers can be applied to direct connection, interconnection in enterprises and data center networks. The following diagram shows the specific differences of the QSFP 100G optics.

How to Select the 100G QSFP28 Optical Transceiver?

After introducing the differences of the various kinds of 100G QSFP28 optical transceiver, you may have a basic understanding of them. How to choose your QSFP28 100G modules in the practical application? Here is a selection guide for you.

For transmission distance between 5m and 100m, you can choose the QSFP28 SR4 optical transceiver module, it can transmits 70m using OM3 fibers or 100m using OM4 fibers.

In summary, all 100G QSFP28 optical transceivers are equipped with high-port density and low power consumption characteristics which is an ideal alternative for large scale data centers, as well as future network expansions. FS offers all kinds of 100G QSFP28 modules that run through programming and an extensive series of platform diagnostic tests to ensure their performance and compatibility. If you want to know more about them, please do not hesitate to visit fs.com.