FS CommunityKnowledge CenterDHCP vs DNS: What Are They, What’s Their Differences?

DHCP vs DNS: What Are They, What’s Their Differences?

The DHCP (Dynamic Host Configuration Protocol) and DNS (Domain Name System) are created to make it easy for us to use networks or the Internet. They are not competitor, but work with IP addresses in a different way. In this article, we will discuss general information about DHCP DNS meaning, how DHCP/DNS works and the differences between them.

DHCP vs DNS: What are they?

Dynamic Host Configuration Protocol DHCP is a network protocol that helps us to assign an IP address and related IP information to the devices such as servers, desktops, or mobile equipment in the network. Many network switches also apply DHCP to provide valuable TCP/IP network services, for example, it helps to automatically upgrade software on client systems.

DHCP Server---A DHCP Server is a network server that automatically provides and assigns IP addresses to client devices, sending the required network parameters for clients to properly communicate over the network. For larger networks, it is essential for DHCP servers assigning each client with a unique dynamic IP address, which changes when the client’s lease for that IP address has expired, otherwise the network administrator has to manually set up every client that joins the network.

DHCP Client---DHCP client could be a PC computer, mobile device, IoT endpoint or anything else that requires connectivity to the network, which are configured to receive DHCP information by default.

DHCP Relaying---DHCP relaying happens in a centralized DHCP servers instead of on each subnet. Usually, a router or host listens for client messages being broadcast on that network and then forwards them to a configured server. The server then sends responses back to the relay agent that passes them along to the client.

Domain Name System (DNS) is used to convert a website name like FS.com to its IP address and vice versa, making users connect to websites by matching human-readable domain names with the unique ID of the server. 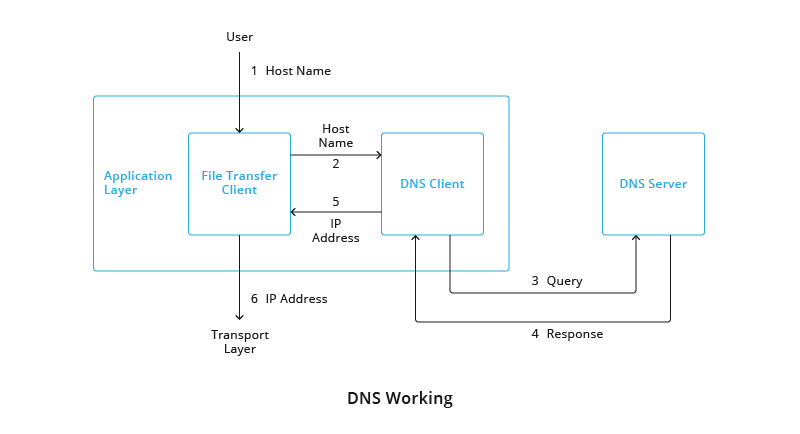 Each domain can correspond to more than one IP address. In fact, some sites have hundreds or more IP addresses that correspond with a single domain name. For example, the server your computer reaches for www.fs.com is likely completely different from the server that someone in another country would reach by typing the same site name into their browser.

DHCP vs DNS: What are their differences?

DNS server is a device that locates the internet domain names and translates them into internet protocol (IP) addresses. In contrast, DHCP server is a device that dynamically assigns IP address and other network configuration parameters to each device on a network so that they can communicate with each other. To be clear, here uses a chart to conclude DHCP and DNS differences:

DHCP vs DNS: How do they work?

DHCP works by leasing IP addresses and IP information to network clients for a period of time. To achieve this, the DHCP client has to interact with DHCP servers through a series of DHCP messages, which mainly include DHCP DISCOVER, DHCP OFFER, DHCP REQUEST, and DHCP ACK, as shown in the following figure. 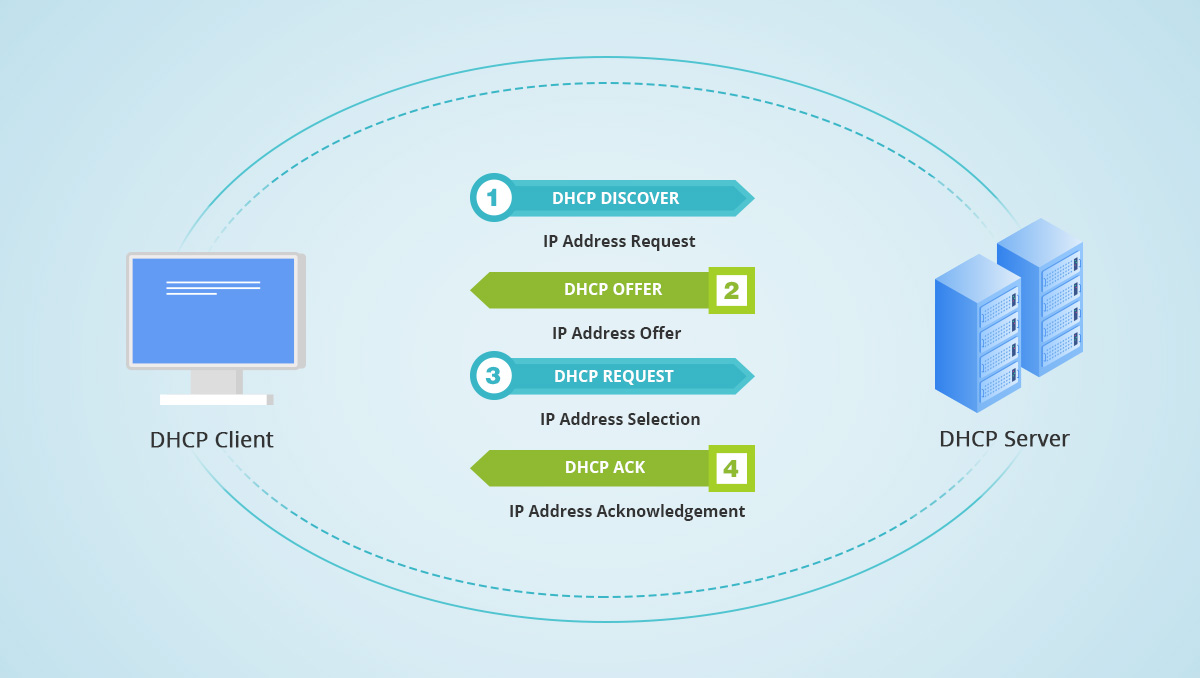 Figure 3: How Does DHCP Work

As shown above, the procedures of how a dynamic IP address is assigned by the DHCP server are as follows.

Simply put, it’s a story of “take and give” between DHCP client (A) and DHCP server (B):

As shown below, when typing a domain name into the browser, for example, fs.com, the browser often has no idea where FS.com is. Therefore it will send a query to the LDNS (Local DNS Server) asking questions such as “what’s the IP address of FS.com”. If the LDNS has no record for FS.com, it will search the Internet to find out who owns www.fs.com. Detailed working procedures are as follows. 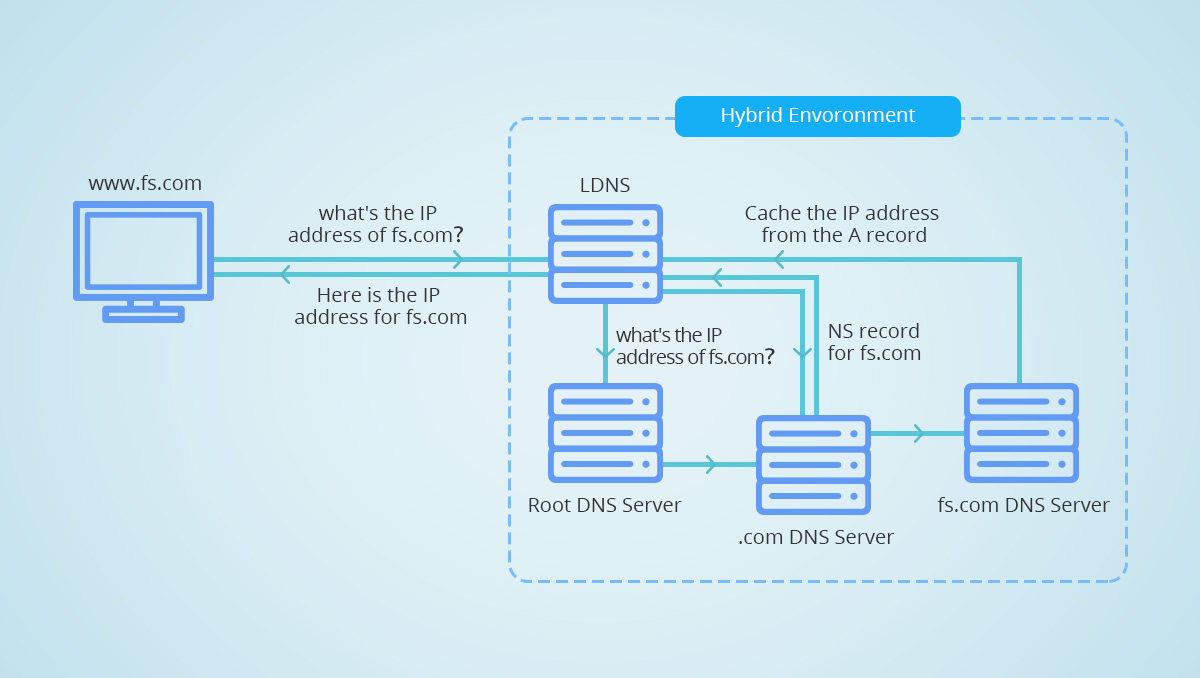 Figure 4: How Does DNS Work

To summarize, DHCP server assigns the IP addresses to client computers, while DNS server resolves them. They are two essential technology developed for us to use the network or Internet conveniently. In addition, both DHCP and DNS are essential tools in the network administrator's toolkit for managing all the IP devices on a corporate network.