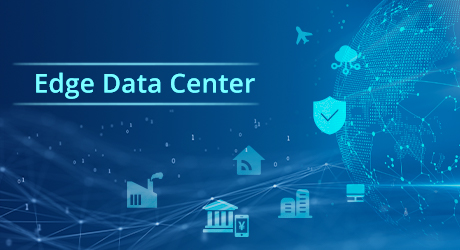 How Are Edge Data Centers Becoming the Star Attraction in the Metaverse Ecosystem? 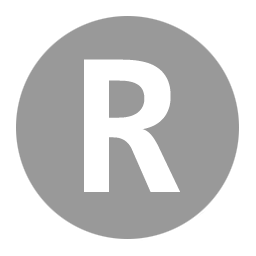 The world’s imagination is gripped with the idea of the metaverse. However, experts believe that to sustain the ambitious concept of a virtual world will need a massive number of edge data centers. Let’s find out what these are and why we need them.

What Is an Edge Data Center, and What Does It Do?

Edge data centers are smaller computational facilities closer to the “edge of a network” or pockets of populations they serve. Their purpose is to deliver cloud computing services and cached content to end-users. The concept of edge data centers is steeped in “edge computing” that makes cloud access efficient for users by processing client data close to the originating source within a distributed IT architecture. The shorter distance between a user and the processing network allows data to travel faster, ensuring lower latency.

The primary function of an edge data center is to eliminate latency for end-users and the Internet of Things (IoT). Data Center managers have struggled with the issues of latency for the longest time. With the expansion in cloud and streaming services, big data, and IoT, users have lesser and lesser tolerance for the problem of latency. The same issue has prevented VR technology from reaching its optimal level.

Devices need instantaneous, ubiquitous, and optimum access to data and applications. This data is housed in data centers. As a solution to the problem of instant and latency-free access to data and information, organizations have designed edge data centers to cater to customers effectively. These centers deliver cost-effective cloud computing services with high efficiency.

How Does Edge Computing Work with Blockchain Technology?

While edge computing helps diminish latency by bringing storage and analytics closer to users, it simultaneously introduces concerns around data security. Edge servers’ global reach can introduce access control, authentication, and intrusion problems. With its decentralized, distributed and shared ledger of transactions, this is where blockchain comes into the picture.

Although conversations about blockchain always go hand in hand with talks about cryptocurrency, the former can do much more.

The recent boom in IoT devices has resulted in enormous amounts of data. This data, emerging from millions of connected devices, is then transferred to the internet. On its own, the IoT cannot handle the computational overload associated with the resource-intensive processes of mining and consensus required to verify transactions. Together with edge computing, the blockchain helps to offload these computationally resource-intensive tasks off the IoT.

Edge computing creates a low-latency, distributed network for the IoT and stores the data on the edge blockchain. The blockchain’s consensus algorithms validate every transaction, verify data transmitted from the IoT devices and ensure that it has not been tampered with.

The Benefits of an Edge Data Center in a Metaverse

Metaverse, a term computed by sci-fi writer Neal Stephenson, refers to an ultra-interactive virtual world where users can trade land, buildings, and personalized avatars using cryptocurrency. In the metaverse, users can interact, build friendships and create virtual assets just as one does in the real world.

Technology giants such as Microsoft, Zoom, Amazon, and Facebook have already assented to the rise of the metaverse. Experts predict a more pervasive role of the metaverse in our day-to-day living by shaping today’s society, culture, politics, consumer behavioral patterns, etc. Organizations such as BMW, the German automobile maker, and Microsoft have created their own metaverse to offer highly interactive virtual experiences to people.

However, for the metaverse to be as pervasive as these tech experts believe it to be in the future, it will have to offer high-bandwidth, instantaneous and constant data transfers that are only possible with edge data centers.

The metaverse is a bold concept and cannot thrive unless supported by an equally bold and ambitious physical infrastructure. The fact that what makes the metaverse a success is extensiveness with ultra-low latency that feels local means that we will need many edge data centers. Applications supporting the metaverse will need dense computing, fast connectivity, vast storage, and minimal latency.

Introducing a large number of edge data centers will solve the problems of a low-bandwidth content distribution network. It will offer better connectivity options creating a more efficient ecosystem that serves the end user with considerably low latency.

Challenges Faced by Crypto-Enthusiasts When Building Their Own Decentralized Networks

While the idea of creating their own decentralized networks is tempting for enterprises, it comes with an intimidating set of challenges. Here are some of the critical issues crypto-enthusiasts face in a decentralized space:

1) Security: Although safer than most other platforms, a blockchain-powered crypto network is only as secure as its weakest link. If even one of the nodes or devices connected to the blockchain is hacked, the privacy of the entire blockchain is at risk.

2) Consensus Algorithm: A decentralized network such as the blockchain reaches consensus via voting from the nodes or devices connected to the blockchain. The majority wins. The blockchain consensus algorithms have no set way to figure out the identity of their nodes. And more extensive blockchain networks can often sideline smaller networks.

3) Transparency: Complete transparency of a decentralized network in a commercial environment means that user data will also become transparent or accessible to everyone.

4) Scalability and Regulation: The bigger the blockchain, the greater the storage needed. This, along with energy consumption, is the biggest challenge that crypto-enthusiasts face when introducing a decentralized network.

5) Energy: blockchain technology consumes far more energy than a centralized system. Electricity consumption figures are in order of the number of nodes connected, since each node stores nearly as much data as a central body stores in conventional systems.

A single authority exerts control over data via a central server in a centralized network. While it is easier to set up, a fault in the central server compromises the entire data. It also runs the risk of massive latency in case of insufficient bandwidth. Edge computing solves these issues by collaborating with decentralized networks and quickly processing information over the blockchain.

Each node in the blockchain serves as an independent system, so there is no singular point of failure. Any hacker wanting to tamper with a transaction will have to do the same with every node connected to the blockchain, making the system far more secure. While decentralized networks can sometimes result in latency due to the complicated routes that data must travel, introducing edge computing can largely eliminate this problem.