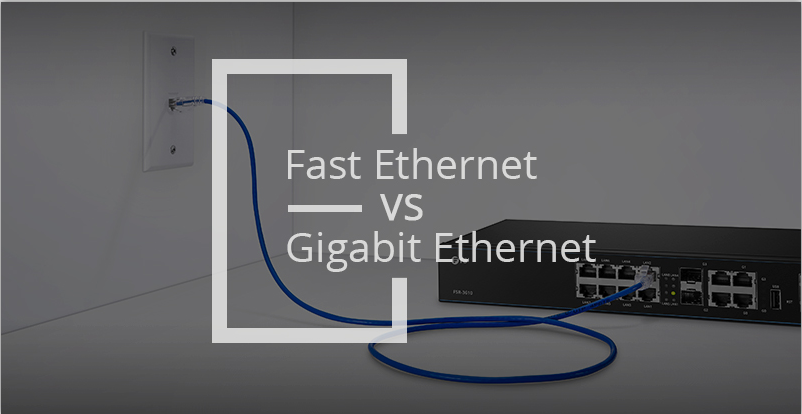 What Is Fast Ethernet?

Fast Ethernet (FE) is a term of Ethernet in computing networking, which stands for carrying traffic at the speed of 100 Mbps. It came into the market in 1995 with the IEEE 802.3u standard and the original version was at the rate of 10 Mbps. Fast Ethernet includes 100BASE-FX, 100BASE-TX, 100Base-T4 and so on. The "100" refers to the transmission speed of 100 Mbit/s, while the "BASE" refers to baseband signalling. The letter following the dash ("T" or "F") refers to the physical medium (twisted pair or fiber, respectively) that carries the signal, while the last character ("X", "4", etc.) refers to the line code method used. The table below shows the common Fast Ethernet types.

Of the Fast Ethernet physical layers, 100BASE-TX is by far the most common with each network segment having a maximum cabling distance of 100m.

What Is Gigabit Ethernet?

The table below shows the differences between fast Ethernet vs Gigabit Ethernet.