As a beginner in fiber optic network, I used to think that the optical power should be as strong as possible. Even sometimes we use optical amplifiers to improve the optical signal. So what is the fiber attenuator used for? As we know, the source of the single mode fiber is laser, the power of which is extremely strong. Therefore we can use single mode fiber to achieve long distance transmission. But, if the transmission distance over single mode fiber is too short, too much light may overload a fiber optic receiver, which may cause serious high bit error rates. How to solve this? Fiber attenuator should be inserted at the receiver end to reduce the power to the proper level. There are fixed and variable two types fiber attenuators in the market. The knowledge of fixed fiber optic attenuator will be introduced in this article.

What Is Fixed Fiber Attenuator? 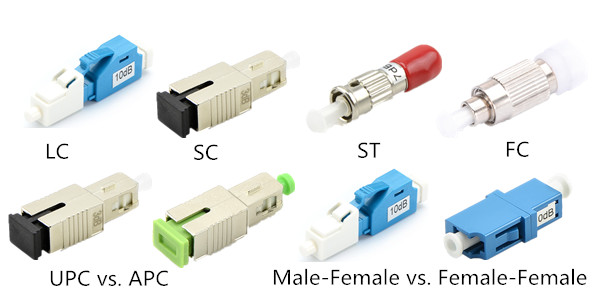 How to Use Fixed Fiber Attenuator?

As shown in the figure below, fixed fiber optic attenuators should be always installed at the receiver end of the link (X in the drawing). This is because it's more convenient to test the receiver power before and after attenuation or while adjusting it with your power meter at the receiver, plus any reflectance will be attenuated on its path back to the source.

How to Use Fixed Fiber Attenuator 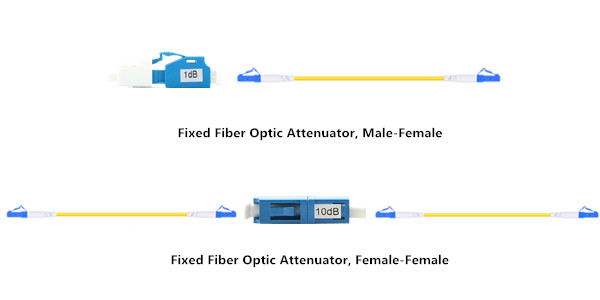