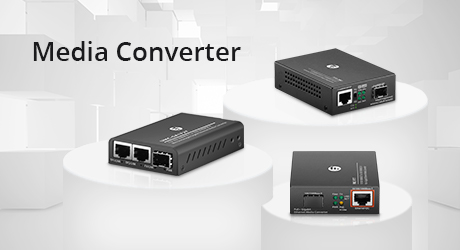 What Is Media Converter and How to Choose It?

Media converter, also known as fiber media converter, is a device widely used in MAN (metropolitan area network) access and data transport services to enterprise customers for realizing copper-to-fiber or fiber-to-fiber connections. It is a flexible and cost-effective solution for extending transmission distances utilizing the existing cabling infrastructure. With various media converters in the market, how to choose suitable ones? The following is going to introduce common media converter types and application environments, so as to help you make a better choice.

There are a variety of media converters that support different network protocols, data rates, cabling and connector types.

Power-over-Ethernet or PoE media converters achieve reliable and cost-effective fiber distance extension for PoE-powered devices, providing power to network devices over the same copper cable used for data. It can power devices like IP phones, videoconferencing equipment, IP cameras and WiFi devices over copper cabling. Thus it is widely used for connecting security cameras and wireless access points in some inaccessible areas to Gigabit backbone. A case of PoE media converter is shown in the picture below.

Figure 1: Use of PoE Media Converter.

Stand-alone media converters are compact, and easy to deploy, saving lots of costs and space. It is suitable for applications in environments with limited space such as telecommunication cabinets or a distribution box. Chassis-based media converters include a number of independent media converters and a chassis capable of housing a dozen of converters. It is convenient for management when many converters are needed in a large network. Thus they are used in high-density spaces such as data centers or computer rooms. 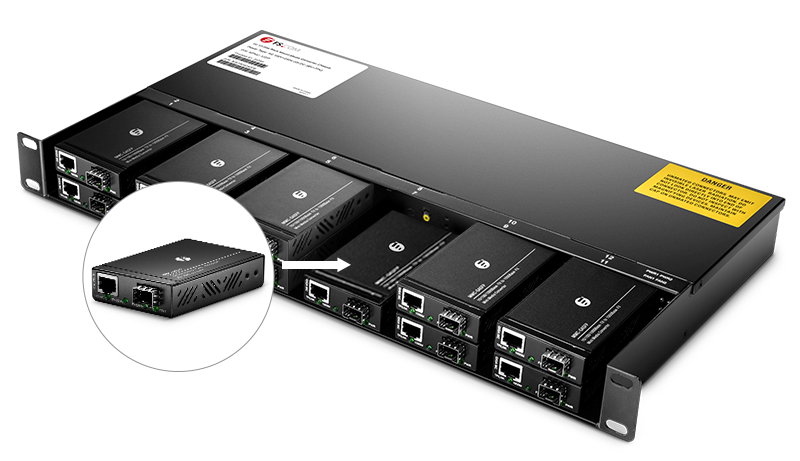 Industrial media converters are specially designed for harsh environments, providing highly efficient media conversion in extreme temperatures from -40˚C to 85˚C, high shock and vibration. They are commonly used in building automation, oil and gas drilling and mining, traffic management, weather tracking and other industrial and outdoor applications. While commercial media converters with operating temperature of -10˚C to 55˚C are designed for typical office and data center environments where ambient temperature is controlled. 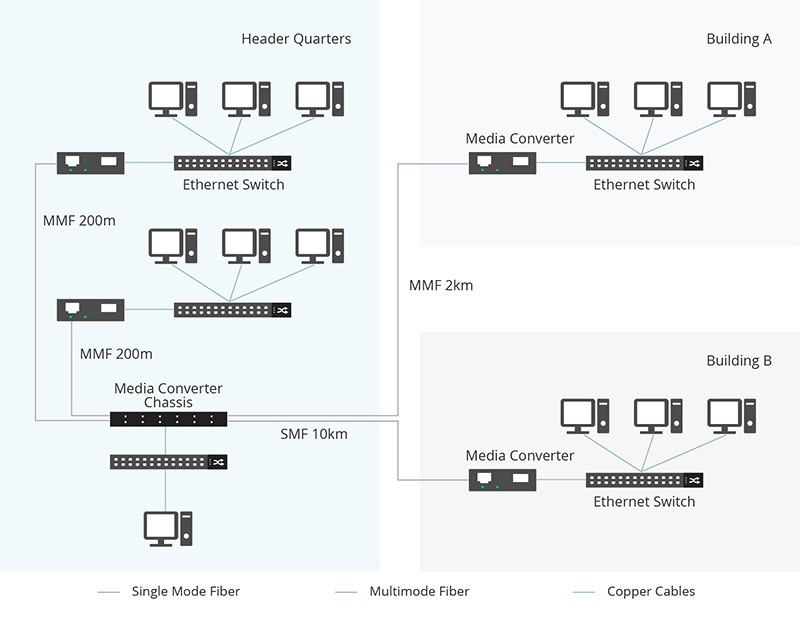 Fiber media converter serves as a cost-effective solution for the connection with both copper and fiber cables in a network. It can largely extend the transmission distances, and is also flexible and easy to use. As there are many types of media converters for different applications, it is better to consider the current and future network requirements before choosing suitable media converters.