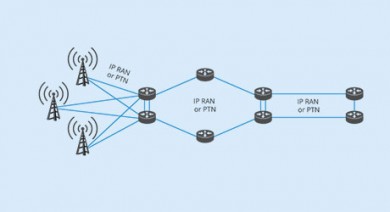 How to Build up a 100G Metro Network?

As we know, nearly all metro networks are based on the WDM architecture. However, WDM systems operating at 10Gbps and 40Gbps per fiber are becoming saturated since data traffic volume increases quickly. To solve this, the WDM system with 100Gbps per fiber is introduced as a cost-effective way to expand capacity for metro optical transport networks. Therefore the 100G metro network is booming now.

Unlike 10G and 40G metro networks, the 100G metro network mainly uses the newly-developed coherent packet-optical technology which provides flexibility and scalability as much as the ROADM-based network but without its costly wavelength selective switches (WSS) and optical filters. With the coherent technology, wavelengths in the 100G metro network can go from any site to any site, with any spectral width and centered on any frequency, making the network both flexible and future-proof. In addition, the direct detect technology is also emerged as another solution for metro access Data Center Interconnectivity (DCI), particularly in DCI connections with spans less than 80km. For more details on coherent and direct detect technologies, please visit 100G Metro Data Center Interconnectivity (DCI): Coherent vs. Direct Detection

Here are the main benefits of the 100G metro network with coherent packet-optical technology:

High competitiveness: the 100G metro network helps to increase the network provider’s competitiveness by doing more with less and the ability to turn up services faster.

How to Build up a 100G Metro Network? 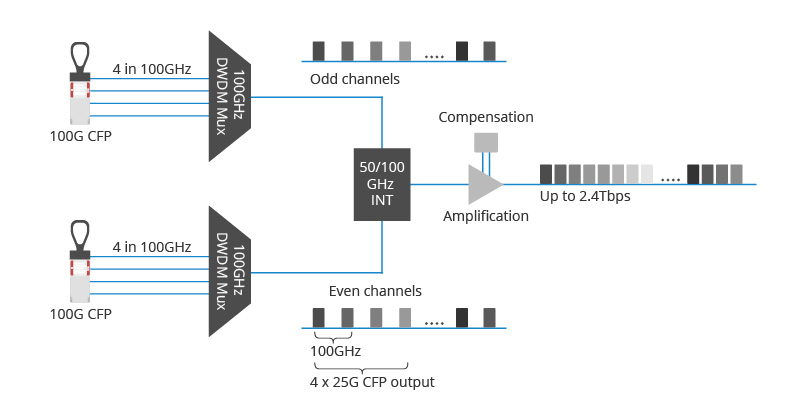 The 100G DWDM CFP coherent transceiver is now the major transceiver used in 100G metro networks. It uses four lasers, each tunable over the DWDM grid, such that the resulting link realizes 4 x 25 Gb/s with each 25 Gb/s traveling in a separate single-mode duplex fiber.

The DWDM Mux Demux is the core technology providing a platform for adding essentially unlimited co-propagating channels to existing 10G and 40G channels with the 100G upgrades and eventually making it possible to upgrade all channels to 100G.

Driven by the accelerating interest in cloud services, enhanced security through data-replication and growing media consumption, the popularity of 100G metro optical network is inevitable and only a matter of time.