How to Choose Ethernet Cable for Security Cameras?

What Types of Security Camera Do You Use?

An Internet Protocol camera, or IP camera, is a type of digital video camera that receives control data and sends image data via an IP network, they require no local recording device, only a local area network. You can install an IP camera with Power over Ethernet (PoE) in a simple way. This kind of security camera can provide gold standard in video surveillance, making it possible for the power, video and audio to be fully integrated into a single connection cable. There are 4K/5MP/1080p/720p security cameras, of which 1080p are suitable for the general-purpose video surveillance and 4K IP cameras are prevailing now as the latest HD security cameras. IP security cameras are perfect for newer buildings with new Cat5 or Cat6 cable wiring. 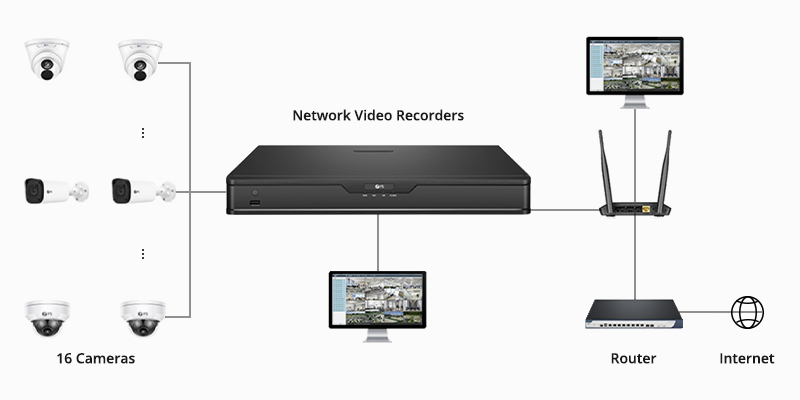 Analog cameras record images and then send the signal over a coaxial cable to a DVR (Digital Video Recorder). The DVR converts the video from analog to digital signals, compresses the file, and stores it on a hard drive.

Everything You Need to Know About Ethernet Cable

An Ethernet cable is a common type of network cable used with wired networks. Ethernet cables connect devices such as PCs, routers, and switches within a local area network. The Ethernet cable resembles a traditional phone cable but is larger and has more wires. The eight insulated copper wires are split up into four pairs, and the wires are twisted around each other within each pair so as to reduce the signal interference.

What Ethernet Cables Can You Use for Security Camera System Wiring？

Taking the above into consideration, you may have some choice of Etherner cable for security camera. For home and business applications, you can select Cat5e cabling as it is not necessary to transmit more than 1,000Mbps, even in full 4K resolution. For large network infrastructures, Cat6 would be a wise choice because it can transmit several Gigabytes of data per second. 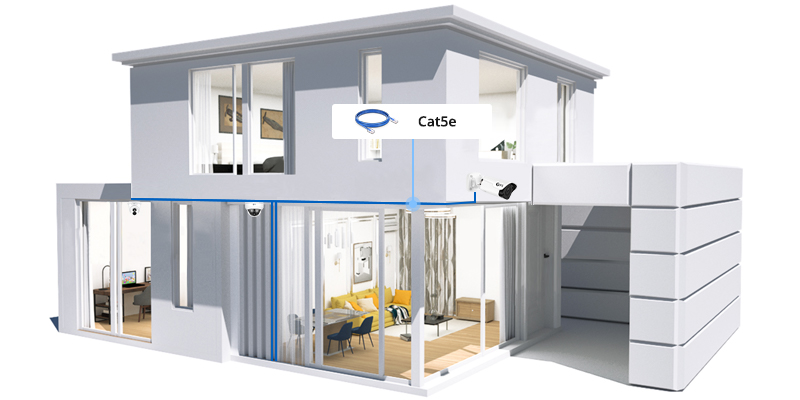