In CWDM networks, bidirectional CWDM MUX DEMUX (also called dual fiber CWDM MUX DEMUX) uses the same wavelengths for transmitting and receiving. It is often used in dual way transmission applications. The working principle is easy to understand. A duplex fiber cable links two dual-fiber CWDM MUX DEMUXs supporting the same wavelengths installed on each end of the fiber optic network. The wavelengths of the two fibers are the same, but they are running on the different directions for duplex transmission. However, in some cases, there is only one fiber available for network capacity expansion. Then, single fiber CWDM MUX and DEMUX is being used, which is very different from the dual-fiber one. 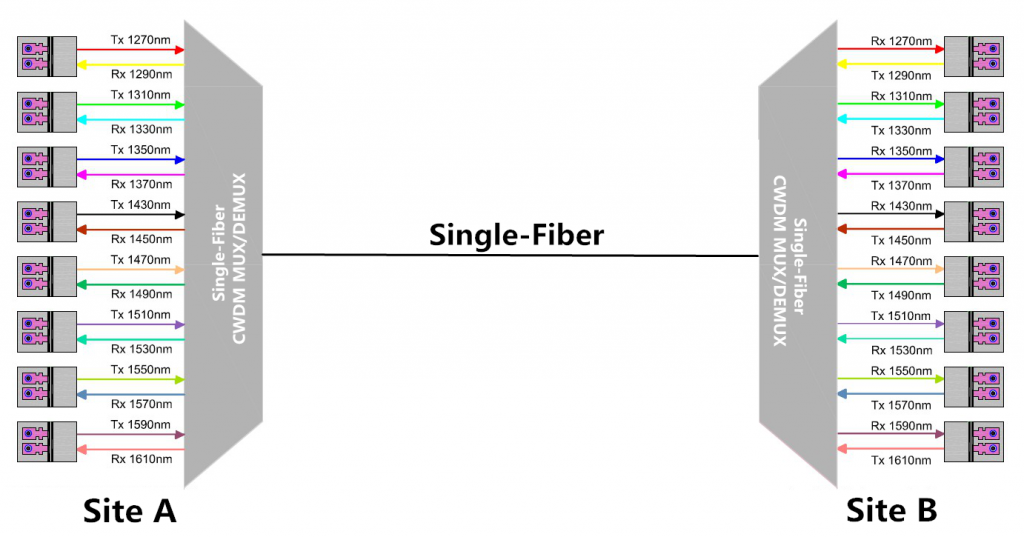 The following picture shows how to build a 10G single fiber CWDM network. As clearly showed, all the wavelengths just go in one direction. CWDM SFP transceivers working on 1470nm, 1510nm, 1550nm and 1590nm are linked with the CWDM MUX and DEMUX on one side of the network. The other CWDM MUX DEMUX deployed on the other end of the network is connected with CWDM SFP transceiver working on wavelengths of 1490nm, 1530nm, 1570nm, 1610nm. Thus, eight wavelengths are used for 4 pair dual-way transmission in this single fiber CWDM network. 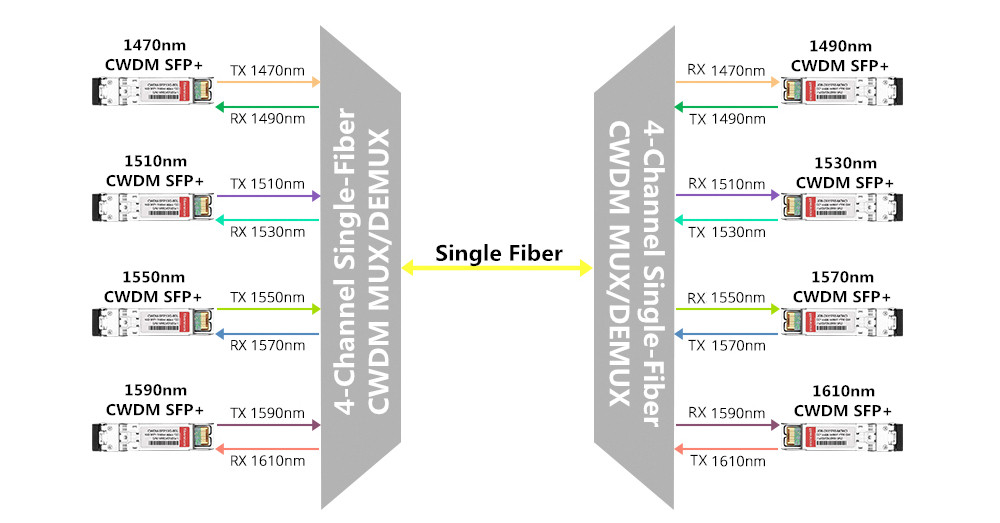 The above mentioned products for CWDM network are all available in FS.COM. Various CWDM MUX DEMUX and CWDM transceivers including CWDM SFP/SFP+/XFP are available and can be customized. Please note the special ports like expansion port and monitor can also be added and they are all simplex. Kindly contact sales@fs.com for more details if you are interested.