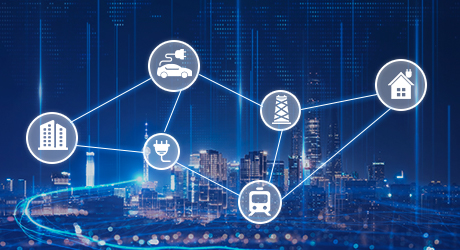 Power over Ethernet, also called PoE, is a significant technology that simplifies the network deployment by enabling Ethernet cables to transmit electrical energy over a live data connection without the need for redundant power lines or outlets. Since the ratification of the first PoE standard in 2003, PoE technology has been upgraded to support higher power delivery. So far, the latest PoE standard is the IEEE 802.3bt High Power PoE, which is also simplified as Hi-PoE.

Demands for new technology are growing with the expansion of newly diversified applications. In the past days, only those traditional powered devices (PD) such as IP phones, simple IP cameras, or indoor wireless access points which are compatible with the previous 802.11af/at standards have the need to add PoE into the network. However, the advent of today’s new applications such as LED lighting, smart buildings, and Internet of Things (IoT), as well as the increasing amounts and types of end devices are bringing up new requirements to higher bandwidth and power supply that a power sourcing equipment (PSE) can provide, which the previous standards are not able to cope with.

In fact, there are also non-standardized methods prompted to figure out the challenges in the intervening years since the advent of the 802.3af standard, but sadly the methods are not compatible with standardized equipment. Fortunately, under the great expectation, IEEE 802.3bt—the up to 100W type 4 high power PoE standard was raised and finally approved as a standard after the innovation based on the previous PoE (802.3af), PoE+ (802.3at), and type 3 PoE++ (802.3bt) up to 60W. The concrete information about 802.3bt type 4 high power PoE is shown in the following chart:

PoE itself has been utilized for typical home and office applications for some time. The newer PoE technology, high power PoE standard is ratified at the perfect time of supporting smart buildings and the Internet of Things (IoT). There are many emerging applications that take advantage of high power PoE, such as building infrastructure with LED lightning, PTZ network cameras, building access control systems, information kiosks, point-of-sale terminals, and other high power consumption devices in the smart building or IoT installations. Note that these are just some of the use cases that IEEE 802.3bt support. Since there will be more new devices emerging in office spaces, in manufacturing facilities, and within campuses, more use cases will flourish.

The main advantages that high power PoE can bring to the future-proofing applications are:

With the 90W-100W PoE network solution, users can easily extend the network and power coverage. Hi-PoE devices such as high power PoE switches are backward compatible with 802.3af/at PoE standards to allow powered devices that are compliant with 802/3af/at/bt standards to connect to switches flexibly. Also, the standard-based PoE technology guarantees interoperability across vendors, which means it is feasible to configure PoE with various network applications as far as the PoE standards that devices support are compatible.

Without the need for additional power outlets or electric power cablings, high power PoE can be used over existing copper cabling systems, making installations much easier for scabbling IoT networks. With the expenses for electric power cables and specialist electricians considered, the overall cost of PoE is less than a traditional power solution.

Many enterprise-grade high power PoE infrastructures have remote power-management capabilities that support both IPv4 and IPv4/6 addressing, which allows simple and efficient monitoring and control over the powered devices. This feature brings reliability to networks especially for smart buildings or IoT deployment as the network scale and complexity increase.

PoE switches, as an end span method to add PoE to a network, become the most common appliance which combines both network side and power together and delivers both Ethernet and power to powered devices. As the new PoE standard popularizes, there are more and more high power PoE switches emerging in the market such as FS S5860-24XB-U PoE switch supporting auto-sensing IEEE 802.3af/at/bt power up to 8×90W per port. Forward-thinking adopters have regarded the high power PoE infrastructures as key assets for enabling smart building and IoT. High power PoE PSE devices, notably high power PoE switches, are poised to optimize the smart buildings and IoT devices and repurpose to meet for future needs.