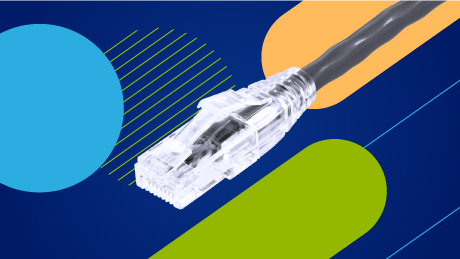 Introduction of the RJ45 Interface

Cables transmit information along the length. Only the right connection to an RJ45 interface or RJ45 connector will realize the transmission. And the cable run needs a connector termination, requiring a jack, normally an RJ45 jack, to plug into. RJ45 connectors are commonly seen with Ethernet network cables. Ethernet cables with RJ45 connectors are also called RJ45 cables. These RJ45 cables feature a small plastic plug on each end, and the plugs are inserted into RJ45 jacks of Ethernet devices. What is RJ45? Are you confused about different RJ45 interface types? Keep reading to explore more.

What Is RJ45 Interface?

RJ45 interface is considered the most common twisted-pair connector for Ethernet cables and networks.

Physically speaking, the connectors that registered jacks use are mainly the modular connector and 50-pin miniature ribbon connector types. RJ45 connector is an 8-position, 8-contact (8P8C) modular plug, and jack, applied for Ethernet-based local area networks (LAN). RJ45 cable plug is usually made of a plastic piece with eight pins on the port. Four of the pins are used for sending and receiving data, and the other four are used for other technologies or power networking devices. 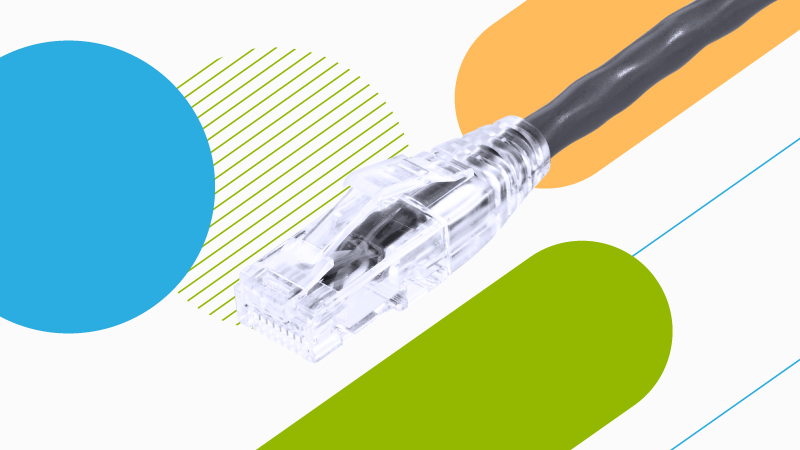 Besides the RJ45 interface, some other connector types, like the RJ11 interface, for example, may confuse you in some cases. RJ11 has a 6P2C or 6P4C configuration and is used for wiring a single phone line. RJ45 adopts an 8P8C configuration. RJ45 vs RJ11, the major difference lies in the number of wires in their connectors. Take a closer look, you will find that RJ45 has 8 wires inside while Rj11 has 4 wires, resulting in RJ45's bigger size than that of RJ11's.

As abovementioned, with 2 or 4 of the 6 available connection points, the RJ11 plug supports limited-bandwidth applications including phone lines and ADSL connections. On the contrary, 8 contacts will allow greater bandwidth. Thus, RJ45 can be used for data-intensive applications like Ethernet and can support bandwidth up to 10Gbps. RJ45 is also sometimes used for VoIP phones in offices.

Check the table below to get a clear understanding of RJ11 vs RJ45.

You cannot plug in an RJ45 connector to an RJ11 slot but the opposite is possible. Although the smaller size of RJ11 makes it easier to be plugged into the RJ45 slot, it is not recommended to do that since this may damage the device that adopts the RJ45 slot.

T568A vs T568B are the two common wiring schemes, which are used to terminate the twisted-pair cable onto the connector interface. The two standards define how the RJ45 pinouts arrange the individual eight wires when linking the RJ45 connector to a cable. These wiring layouts have their own color convention to follow for electrical compatibility. The T-568B wiring scheme is considered to be the more commonly used one.

The differences between T568A vs T568B in color conventions are shown in the figure below.

With regard to the two standards, there are two different connectivity forms. If both ends of the patch cords are wired on the basis of one standard, it is a straight-through connection. If not, it is a crossover connection. Some networking applications require a crossover Ethernet cable, which has a T-568A connector on one end and a T-568B connector on the other. This type of cable is typically used for direct computer-to-computer connections when there is no router, hub, or switch available. 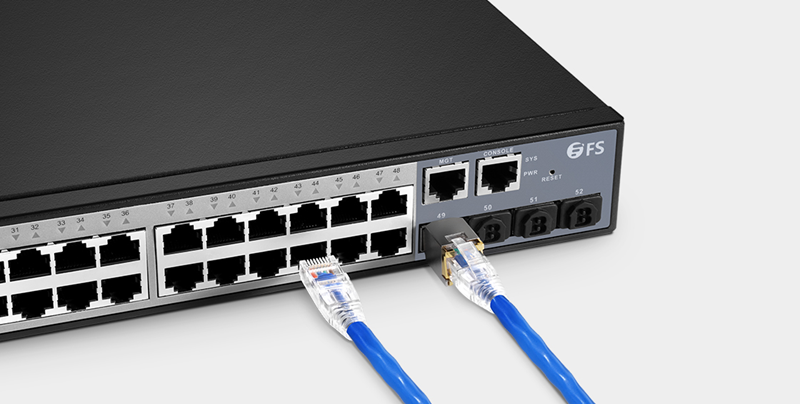 Cables that terminated with RJ45 connectors on both ends called RJ45 Ethernet cables. Cat5, Cat6, and Cat7 cables are the most common RJ45 cables used in today's network connection.

Category 5 was originally designed to transmit at 100 MHz frequencies, providing a rated line speed of 100 Mbit/s. Cat 5 uses two twisted pairs (four contacts) with a max range of 100 meters. A Cate5e specification was later introduced with tighter specifications and standards. The new standard also required new cables to include all four twisted pairs.

Over short distances, under ideal signal conditions, and assuming they have four pairs, Cat5 and Cat5e patch cable are capable of transmitting at Gigabit Ethernet speeds. Gigabit Ethernet uses an optimized encoding scheme specifically intended for operation within these lower signal tolerances.

Backward compatible with Cat5e, Category 6 has strict standards and significantly improved shielding. Cat6 cable was designed as the standard for Gigabit Ethernet, providing native speeds of up to 1000 Mbit/s over a frequency of 250 MHz. By reducing the maximum cable distance from 100 meters to 55 meters, 10 Gigabit Ethernet is supported.

Cat6a doubles the frequency to 500 MHz while continuing to reduce noise interference with grounded foil shielding. These improvements remove the cable distance penalty when operating in 10 Gigabit Ethernet.

Operating at frequencies up to 600 MHz, Cat7 was designed specifically to support the rated speeds of 10 Gigabit Ethernet. In addition to the shielding introduced by Cat6e, this new specification provides individual shielding for each of the four twisted pairs. Cat7 has a maximum distance of 100 meters while maintaining backward compatibility with Cat5 and Cat6. Cat7a increases frequencies to 1000 MHz, providing an augmented specification capable of supporting future 40/100 Gigabit Ethernet speeds. The increase to 1000 MHz also allows for the transmittal of lower-frequency Cable TVstreams.

RJ45 connectors are the key part of Ethernet connectivity to transmit voice and data media. They were developed as much smaller and cheaper replacements to the older telephone installation methods of hardwired cords. The easy plug-n-play style reduces the difficulty of installation. Compared with RJ11, RJ45 is suitable for more applications, such as Ethernet networking, telecommunications, factory automation, and so on. It is frequently used for networking devices including Ethernet cables, modems, computers, laptops, printers, etc.