FS CommunityKnowledge CenterIPv4 vs IPv6: Which is Faster?

IPv4 vs IPv6: Which is Faster?

The Internet Protocol (IP) is one of the most important communication protocols in the Internet Protocol Suite (IPS), which is used for routing and addressing packets for networking devices such as computers, laptops and fiber switches across a single network or a series of interconnected networks. There are currently two versions of Internet Protocol: IPv4 (IP version 4) and IPv6 (IP version 6). What do IPv4 and IPv6 mean? Which is faster when we are working or gaming? This article will take you to find the answer.

IPv4 is the fourth version of IP, which establishes the rules for computer networks functioning on the principle of packet exchange. It can uniquely identify devices connected to the network through an addressing system. Whenever a device gets access to the Internet (whether it's a switch, PC, or other devices), it is assigned a unique, numerical IP address such as 192.149.252.76 as shown below. The IPv4 uses a 32-bit address scheme allowing to store 2^32 addresses (4.19 billion addresses). The increasing end-users connected to the Internet leads to the exhaustion of IPv4 addresses. That’s also why the new Internet addressing system, IPv6, is being deployed to fulfill the need for more Internet addresses. 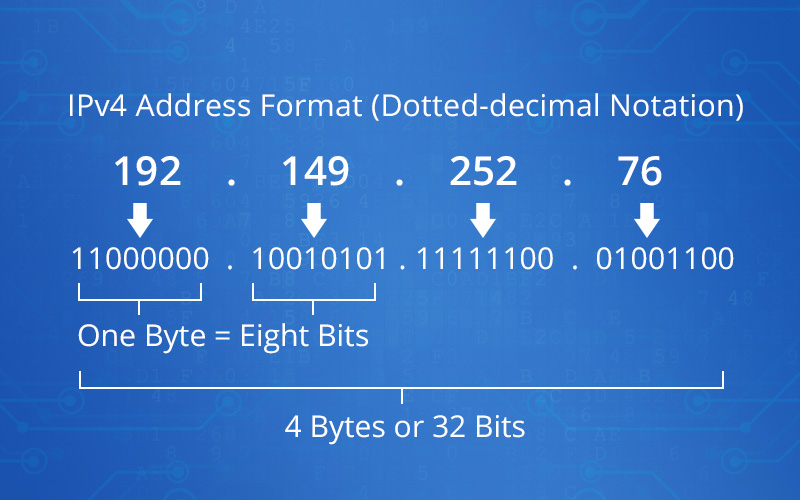 Following are the features of IPv4:

IPv6 (Internet Protocol Version 6) was deployed in 1999 concerning that the demand for IP addresses would exceed the available supply. It allows communication and data transfer to take place over a network. IPv6 is a 128-bit IP address which supports 2^128 Internet addresses in total. The use of IPv6 not only solves the problem of limited network addresses resources but also resolves the barriers for multiple access devices to connect to the Internet. An IPv6 address could be written like this: 3ffe:1900:fe21:4545:0000:0000:0000:0000. 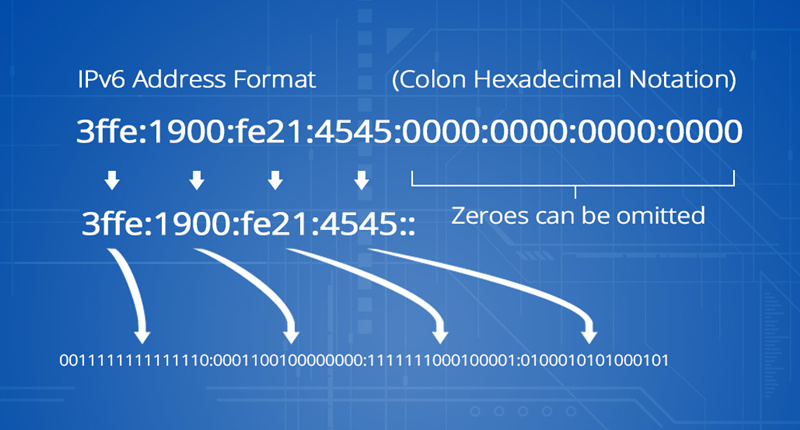 Here are the features of IPv6:

Main Differences Between IPv6 and IPv4

IPv4 and IPv6 are both addresses that are used to identify machines connected to a network. They are the same in principle but different in how they work. What are their differences? Below are the main differences between IPv4 and IPv6.

As the big movement of IPv4, what exactly are the benefits of IPv6? Is IPv6 faster than IPv4? The following descriptions will help you to find the answers.

The main difference between IPv4 and IPv6 is the address size of IP addresses. The IPv4 is a 32-bit address, whereas IPv6 is a 128-bit hexadecimal address. IPv6 provides a large address space, and it contains a simple header as compared to IPv4. IPv6 increases the IP address from 32 bits to 128 bits to support larger address demands. It is estimated that there are 4x10^18 IPv6 addresses per square meter on the Earth's surface, so that IP addresses will not run out in the foreseeable future. The encoding of IPv6 addresses uses a hierarchy similar to CIDR, which simplifies the routing.

There will be some redundant domains in the IPv4 header format, which has been either dropped or listed as extended headers in IPv6 addresses. Though the IP header size of IPv6 address is 4 times larger than IPv4 address, the IPv6 headers are only 2 times the size of IPv4. This greatly reduces the overhead of packet processing and header bandwidth and that makes it faster.

The IPv4 options are placed in the header while IPv6 are put into a separate and extended header. The header will not be processed until you specify a router, which greatly improves the routing performance. The stringent requirements for option length have been relaxed by IPv6 (up to 40 bytes for IPv4 options) and new options will be introduced whenever you need it. Many of the new features of IPV6 are provided by options such as support for IP layer security (IPSEC), jumbogram, mobile IP and so on.

For IPv4, the Internet Protocol Security (IPSec) is optional or requires payment support. While IPSec is a required option for IPv6. Besides that, identity verification and data consistency have been added into IPv6 which greatly enhances security and confidentiality for your network.

When it comes to IPv4 vs IPv6 speed, IPv6 is thought to be faster because of the lack of network-address translation (NAT). That's because: Carriers can't provide unique IPv4 addresses to all subscribers (because there simply are not enough left to go around). Web and cloud services provider, Akamai, measured the speed of IPv6 vs. IPv4. They found, “Sites load 5% faster in median and 15% faster for the 95% percentile on IPv6 compared to IPv4.” That means for some people who are pursuing high speed, IPv6 is indeed a better choice.

IPv4 to IPv6: An Inevitable Step

Based on the content mentioned above, IPv6 is extremely important for the long-term health of the Internet. Switching from IPv4 to IPv6 will give the Internet a much larger pool of IP addresses. It should also allow every device to have its own public IP address, rather than be hidden behind a NAT router. While IPv4 and IPv6 coexist right now, they are not designed to be interoperable. Now, because of the cost and compatibility issues of IPv6, IPv4 may still exist for a long time, but eventually, IPv6 addresses will become the norm.

Margaret
What Is Spine-leaf Architecture and How to Design It
May 24, 2022
 48.1k
Knowledge