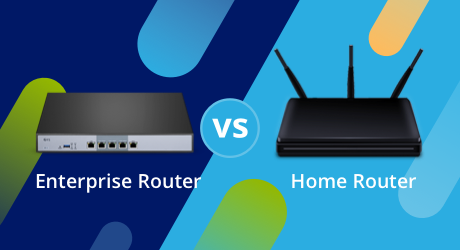 The router has gained a more respected status in this era of network communication. Compared with the traditional physical connection, the popularity of convenient and powerful wireless networks opens up a mainstream market for routers. Enterprise routers vs home routers are the two main router types available on the market. The differences between the two are also the focus of people when buying routers. Is a more expensive business router better than a home router? A helpful answer is provided for you.

What is a Router?

A router is a switching device that acts as a gateway between networks and is used to deal with network traffic in a general sense. Ethernet accesses thousands of enterprises and homes through data broadband, and then with the help of router's conversion, it can be expanded to a wireless network connected by multiple devices. In simple terms, the router extracts the destination address from the received packet, determines the network number in the address, and then looks up the routing table to find the entry matching the destination network. The routing table determines the next stop, destination, output interface, and other routing-related parameters that match the current packet. 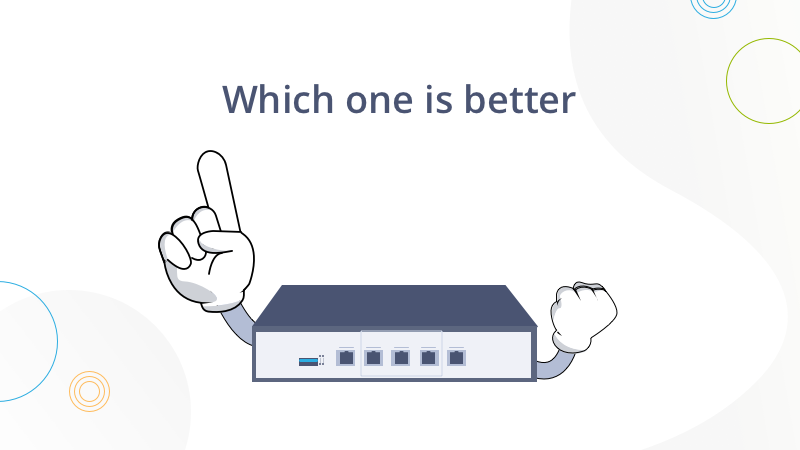 Figure 1: enterprise router vs home router: which one is better

Compared with home routers, enterprise routers have more stable and faster performance in Central Processing Unit (CPU). In addition, you will face power outages at any time in your life. The Flash Memory will automatically save your contents when your router is powered down or restarted. The router with greater Flash Memory and RAM capacity will make it easier to expand your network. But this is a powerful feature only corporate routers have, and home routers can't do anything about it. Not only that, enterprise routers generally have more RAM space than home routers, thus improving data throughput and forwarding frequency as well as achieving faster speeds.

Due to fewer supporting protocols, the home router generally does not support internal and external attack defense, such as viruses, Trojan horses, and hacker intrusion. The security is not guaranteed at all; Enterprise routers have more routing protocols, such as SNMP, policy, a unified management protocol, etc., which can ensure the safe operation of the network and prevent user's data from being stolen. Home routers are suitable for simple network environments, while enterprise network environments are complex, and more powerful enterprise routers are needed to meet the needs of more WAN interfaces, higher bandwidth and load balancing, elastic flow control, connection number limit, VPN applications and other requirements. 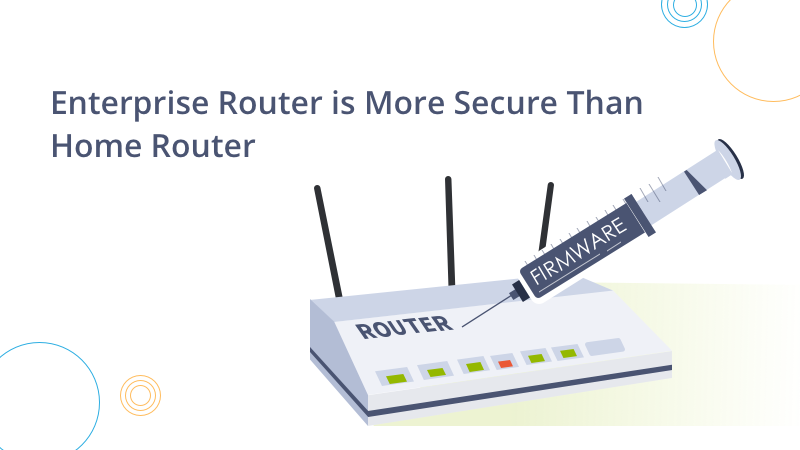 Home routers have low density, small-signal strength, small coverage, limited forwarding performance and band capacity. If they are used in public places like enterprises, there will be serious potential application hazards. However, enterprise routers have higher hardware parameters such as CPU, cache, and memory, more NAT forwarding numbers, and more users can access the Internet at the same time. A typical home router can connect 10-15 IP users, while an enterprise router can connect at least 50-150 IP users.

One of the core differences between home routers and enterprise routers is that the latter is more expensive, typically between $500 and $2,000, while a regular home router costs only between $20 and $50. But higher prices also tend to be more profitable. Enterprise router can serve its purpose for more than a decade, while home users will consider a home router for one to two years, after which they will consider switching to an upgraded product.

Is it recommended for small businesses to use home routers?

It is not recommended in theory. Compared with enterprise routers, home routers have poor signal and low load. Generally, it can only support the normal operation of about 10 network devices at most. And the home routers have great security risks, which are easy to cause data loss and other problems.

Is a router the same as a switch?/ Can a switch replace a router at home?

These are two different devices with different applications. A switch can be employed as a router, but the switch usually does not have the same configuration options as the router. And switches are often more expensive than regular routers, the latter makes the most sense when choosing a central device for your home network.

How can I extend my router's WiFi?

There are several ideas to extend your WiFi. You can choose to set up a WiFi extender to extend the Wi-Fi range or just upgrade your wireless device as well as place the router and wireless AP in the right place. The enterprise can configure a Wireless Distribution System (WDS) or create a wireless mesh network.

As for how an enterprise router compares to a home router, it depends on the scenarios and requirements you're employing. If you're just staying home for simple social and networking, a home router is perfect for your needs. However, if you don't mind sitting at work or starting your own company, then business routers make a lot more sense and you'll enjoy faster Internet speeds and more reliable connections.

What Is a Router for Networks?

Different Types of Routers in Networking

How to Extend Your Wireless Network？