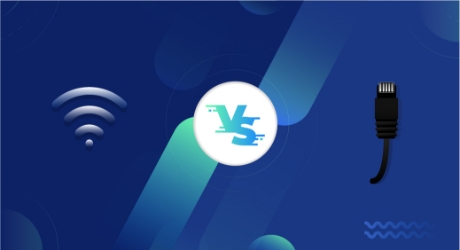 Is Ethernet Faster Than WiFi?

Wireless connectivity is increasingly becoming popular, thanks to the emergence of smart home devices and the ease and convenience of connecting to the internet, anywhere, anytime. And while wireless connectivity is setting some new standards with the promises of 5G, it’s not necessarily the best or everyone’s favorite. In fact, some people find the traditional Ethernet cable a better option.

We have dived deep into the differences between Ethernet and WiFi connections – exploring everything from speed, security, reliability, latency to interference. We’ve also answered some of the frequently asked Ethernet vs. WiFi questions under each topic.

WiFi is a more modern internet technology that uses radio frequencies to send and receive signals between devices. On the other hand, Ethernet connectivity uses an Ethernet or LAN cable to transfer data over a network.

One noticeable difference between Ethernet and WiFi is the absence of physical connection or crossover cables with WiFi connectivity. Below are the other WiFi vs. Ethernet features. 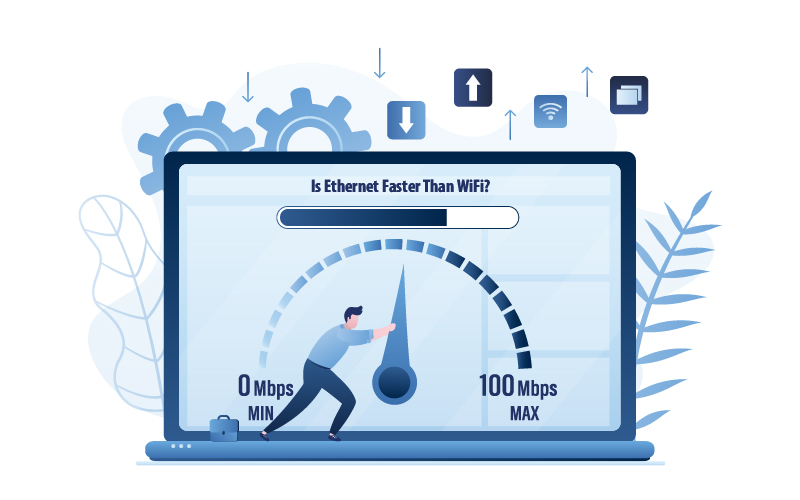 WiFi vs. Ethernet speeds vary depending on a couple of factors, such as WiFi’s bandwidth and latency or the Ethernet’s cable type. Latency is defined as the delay in how long it takes for the data to be sent from one device or network to another. Types of Ethernet cables include Cat5, Cat5e, and Cat 6, which support up to 100 Mbps, 1 Gbps and10 Gbps respectively.

Today, the fastest WiFi speed in a theoretical setting is about 6.9 Gbps, but the actual speeds are often less than 1Gbps. For Ethernet connectivity, the highest possible rate is 10Gps using a Cat6 cable.

Given similar bandwidth, Ethernet is typically faster than WiFi. 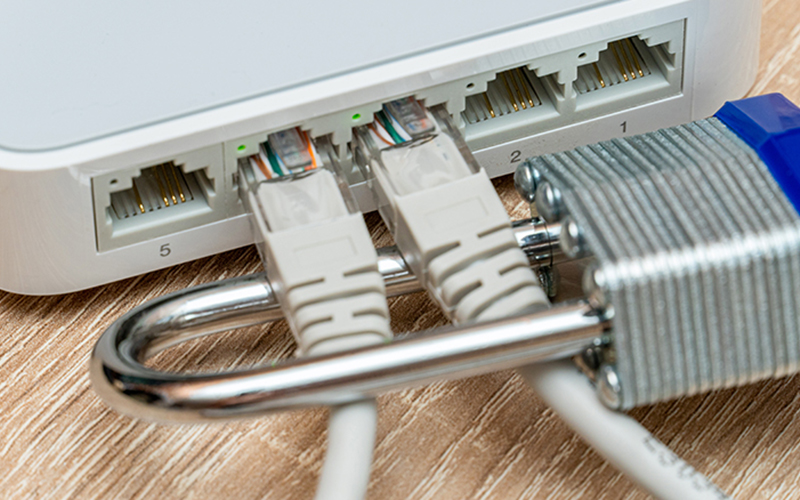 Security is one of the critical factors when it comes to data transfer and internet connectivity. Data sent over WiFi is vulnerable to hacking and data loss, and hence it requires end-to-end encryption. Two most commonly deployed encryption techniques are WPA2 and WPA3. Earlier techniques such as WPA and WEP are less secure. The latter is often more secure. On the other hand, an Ethernet connection cannot be hacked since data is transferred physically from one device or network to another. Additionally, you can only access data physically, hence data loss is rare.

Ethernet is generally safer than WiFi.

There are some significant differences between the two connections regarding latency or delays in data transfer. This feature is often more relevant in the gaming world, where reaction time makes all the difference. WiFi connectivity may suffer delays from time to time while Ethernet connection is more stable.

Ethernet or LAN connections offer lower latency. Ethernet has the least latency issues compared to WiFi, making it a preferred choice for high-intensity gaming where reaction time and consistent speeds are essential.

Interference: Which connection suffers from the least interference?

WiFi connections rely on radio frequency to transmit and receive data; hence they are susceptible to electromagnetic interference. However, an Ethernet or LAN cable is shielded or coated, and thus the data isn’t affected by low to medium level electromagnetic waves.

WiFi connectivity is preferred for its convenience, but the current WiFi technology is lacking in many ways and isn’t yet robust enough to replace the reliable Ethernet connectivity.

Will an Ethernet Cable Improve My Connection?

As far as wireless vs. Ethernet connectivity is concerned, an Ethernet cable offers a couple more advantages, provided you can easily plug your device into the network. If you are in an office building where several offices share the WiFi network, switching to LAN connectivity will boost the speed, lower the latency, and minimize interference.

To settle the LAN vs. WiFi debate, your perfect choice – whether Ethernet or WiFi will always depend on what’s at your disposal and your taste and preference. If you prefer the convenience of wireless connectivity to the chaos of tangled wires, then a WiFi connection is best for you. However, if you don’t mind staying in one place near the LAN outlet to enjoy faster speeds and reliable connectivity, then Ethernet will make a lot more sense.

Comparison Between PoE vs Wi-Fi Camera