FS CommunityKnowledge CenterLayer 3 Switch Vs Router: What Is Your Best Bet?

Layer 3 Switch Vs Router: What Is Your Best Bet?

In the networking world, term like layer 3 switch and router gets thrown around often – both are seeing broad deployment in network data transmission. Generally speaking, a layer 3 switch connects hosts to form local area networks (LANs) while routers connect multiple LANs into wide area networks (WANs). We may get confused regarding layer 3 switch vs router: they bear much similarities as they both support the same routing protocols, inspect incoming packets and make dynamic routing decisions based on the source and destination addresses inside. But they also differ in performance, flexibility, cost and etc. So we’re going to explain them in an explicit way, and help you to make the right decision.

A layer 3 switch is a device that forwards traffic (frames) based on layer 3 information (mainly through mac-address). Layer 3 switch supports all switching features, while also has some basic routing functions to route between the VLANs. Layer 3 switch is conceived as a technology to improve network routing performance on large LANs. Of a layer 3 switch, layer forwarding is performed by specialized ASICs – it is faster than routers, but they usually lack some of the advanced functionalities of routers. Unlike routers, a layer 3 switch is less likely to experience network latency since packets don’t have to make additional steps through a router. Given that layer 3 switches perform functions associated with both layer 2 and layer 3, it is also refer to as “multilayer switch”, and some 10GbE switch and Gigabit PoE switch are of this type. 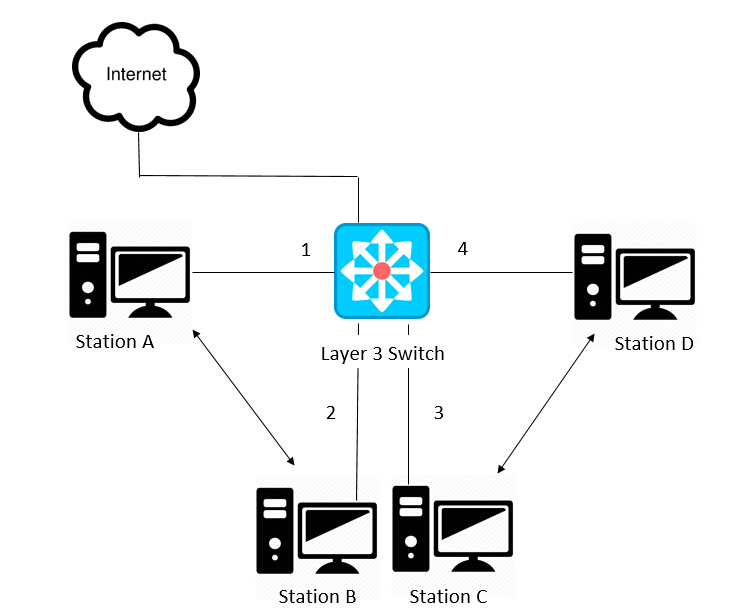 Router is a ubiquitous hardware applied in home and small business networks. It allows communication between devices that attached to it and the internet. A router can forward traffic (packets) based on layer 3 information using IP address. This allows the network to go across different Protocols. Routers also serve as the first line security that protecting the network from any attack and intrusion. Working to route the packets to their destination, a router analyzes the layer 3 destination address of every packet, and decides the best next hop for it. This process takes time, and hence every packet encounters some delay because of this. 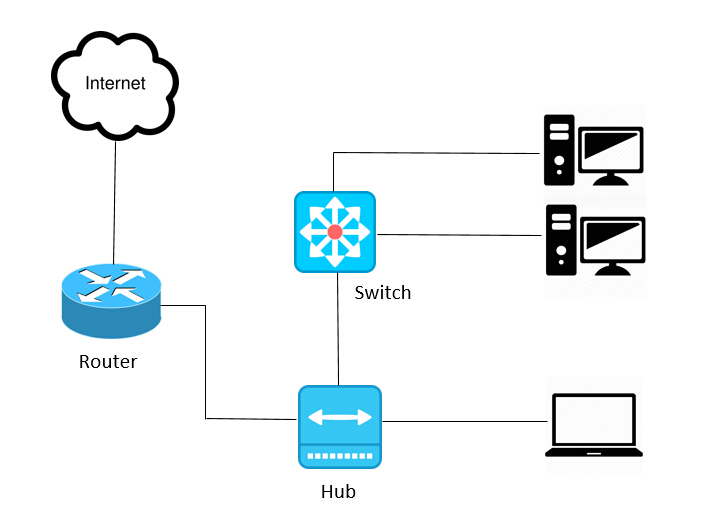 The basic features of layer 3 switch vs router are listed below:

A layer 3 switch is both a switch and a router: it can be regarded as a router with multiple Ethernet ports and with switching function. layer 3 switch enable packets switching by inspecting both their IP addresses and their MAC addresses. Layer 3 switches are thus able to segregate ports into separate VLANs and perform the routing between them. Like traditional router, a layer 3 switch can also be configured to support routing protocols such as RIP, OSPF, and EIGRP.

Hardware - The key difference between layer 3 switch vs router lies in the hardware. The hardware inside a layer 3 switch blends that of traditional switches and routers, improving some of a router’s software logic with integrated circuit hardware to offer better performance for LANs. Additionally, designed specifically for use on intranets, a layer 3 switch usually has no WAN ports and features a traditional router usually gets. So layer 3 switch is most used to support routing between VLANs.

Interfaces - Another difference regarding a layer 3 switch vs router is that a Layer 3 switch is limited in interfaces it supported (usually just Ethernet for RJ45 and single mode/multimode fiber). While a router have more options like SDH, SONET, E1/T1 etc. Moreover, routers were devices that connected the LAN to the WAN and switches were just LAN devices.

Working Principle – Layer 3 switch looks at the MAC address of the destination host and sends the frame only to that recipient. A router refers to the target IP address instead of its MAC address, thus it generally provides more functionality than mere packet routing, such as IP address assignment (DHCP) and firewall filtering.

Except for the three major differences concerning layer 3 switch vs router, some other aspects are summarized in the following chart to help distinguish layer 3 switch from router.

Layer 3 Switch Vs Router: How to Choose?

One of the general talk relating layer 3 switch vs router is that if there is a router why we required layer 3 switch. In fact, they each can be deployed to various situations and scenarios. Based on the similarities and differences we’ve explained, your choices actually depends on your network design and what you are trying to accomplish.

Lack of WAN ability, the application of layer 3 switches often falls into intranet environments with a sufficiently large scale of device subnets and traffic. It can justify the following scenarios:

Departments need their own broadcast domains for performance or security.
Connect your Hub rooms and make a layer 3 decision, providing more Ethernet interfaces for direct server form connectivity than router.
Connect your inter-offices via layer 2 circuits by the ISP, you can directly terminate the link on the layer 3 switch and configure routing on it at the same time.
When you need more through-put and direct access and inter-VLAN communication, a layer 3 switch is the best bet.
Network with a lot of broadcasts that needs better performance VLANS.

As WAN links become more Ethernet based, there is an increasing trend to substitute layer 3 switches for routers. However, router still possess some special features that a layer 3 switch cannot support. It is unreplaceable in these situations.

If you’re about to connect an ISP directly to provide internet, router is made for this.
If you need to build tunnels between your offices, for example, to connect two offices over public internet in a more secured way, a router can better suit the need.
If you are a CE participating in MPLS configuration then you need a router.

When regarding to choose between a layer 3 switch vs router, you need to understand the business requirement before make your decision: in general, it is proper to get a router when most of the time your device does the routing, otherwise, a layer 3 switch may fit better when you need more ports, better network performance and VLAN segmentation. FS.com provides a full set of network switch solutions and products, including SFP switch, copper switch and higher-end 40/100G switch. For more details, kindly contact us via sales@fs.com.

Related Article: What Is VPN Router and Why You Need It?

Howard
White Box Switch: Will It Be the Great Choice for Next Generation Network?
Jun 1, 2022
 2.6k
Knowledge