A Comprehensive Introduction to LC Product in Fiber Optics

LC fiber connectors, as the most well-known representative of SFF (Small Form Factor) connector, are widely adopted in today’s LAN and data center cabling. You may find LC connector has a strong family which includes but not limited to LC optical fiber connectors, LC fiber patch cables, LC fiber adapters, LC patch panels, and other LC fiber assemblies. How many LC-interfaced products are there in fiber optics on earth? This paper is going to explore the world of LC solutions.

What Does LC Mean in Fiber Optics?

LC stands for a type of optical connector of which the full name is Lucent Connector. It comes with the name because the LC connector was firstly developed by Lucent Technologies (Alcatel-Lucent for now) for telecommunication applications. It uses a retaining tab mechanism and the connector body resembles the squarish shape of SC connector. Similar to the SC type connector, LC fiber optic connector is easy to plug in or remove, providing a secure, precisely aligned fit conforming to TIA/EIA 604 standards. Until now, it is still one of the most popular fiber optic connectors in the fiber optic market.

What Does LC Connector Feature?

So what features does an LC connector have to keep itself maintain in the marketplace? Owing to the different applications and manufacturers’ preference, not all the LC connectors are created the same. However, there are still some general features that LC connectors have:

What Are LC Fiber Optic Solutions?

To cope with the “high density” trend in data centers, uniboot LC fiber cable is born. From the picture below, we can clearly see the differences between a uniboot LC fiber patch cable (right) and a standard LC cable (left).

Uniboot LC patch cord has two LC fiber connectors encased in a common housing with only one boot terminated on a single twin-fiber round cable, which can cut down the cable count up to 50% compared with the traditional LC duplex patch cord. In addition, the polarity reversal of the switchable uniboot LC patch cord can be easily completed in several simple steps, which will greatly save time and money. What’s more, uniboot LC fiber patch cord with push-pull tab has been proved that it can further increase cabling density up to 50%. 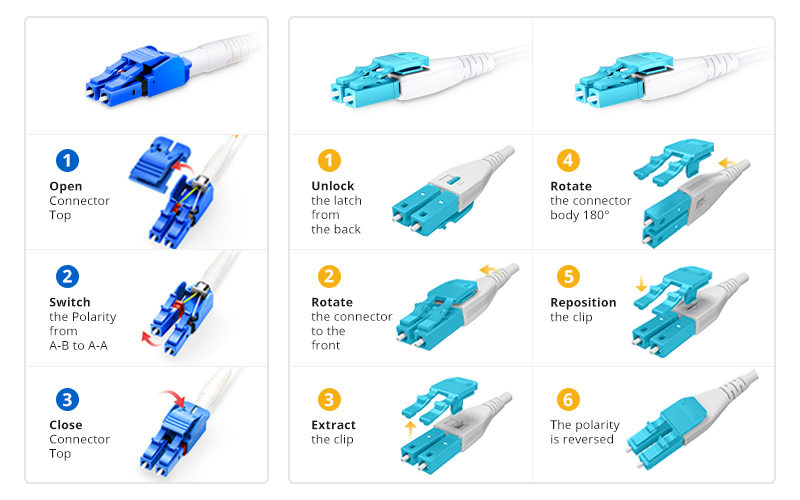 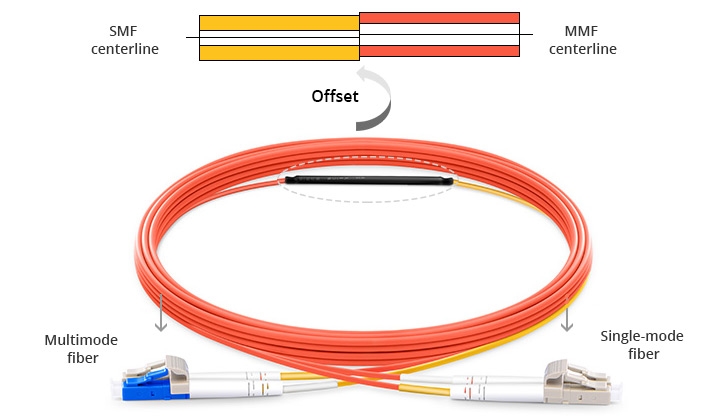 Breakout cable, or called fall-out cable contains several fibers, each with their own jacket, and then encased by a single common jacket. The fiber counts vary from 2 to 24 fibers. There are two cases for LC breakout cable. One is that breakout fiber patch cable has the same connectors on each end, which means both the ends are LC connectors. For the other case, there are different connectors on each end of the fiber. One end is LC and the other can be MTP, MPO, ST, FC, etc. Breakout fiber patch cables are widely applied for telecommunication networks, data center communications, etc., providing you with the advantage of multiple connectors without having to change the entire system.

Fiber patch panels are also known as fiber distribution panels. The rack size can be 1U,2U, etc. 1U is the most commonly used rack size in data centers. The number of ports on a fiber optic patch panel is actually not limited, they can vary from 12, 24, 48,64,72, and even more. Both LC fiber adapter and LC fiber patch panels are ideal for high-density fiber cabling. LC fiber patch panel can be pre-loaded or unloaded with LC fiber adapters for both single mode and multimode fiber, providing a flexible and easy way for the server room, data center, and other high-density fiber installations. 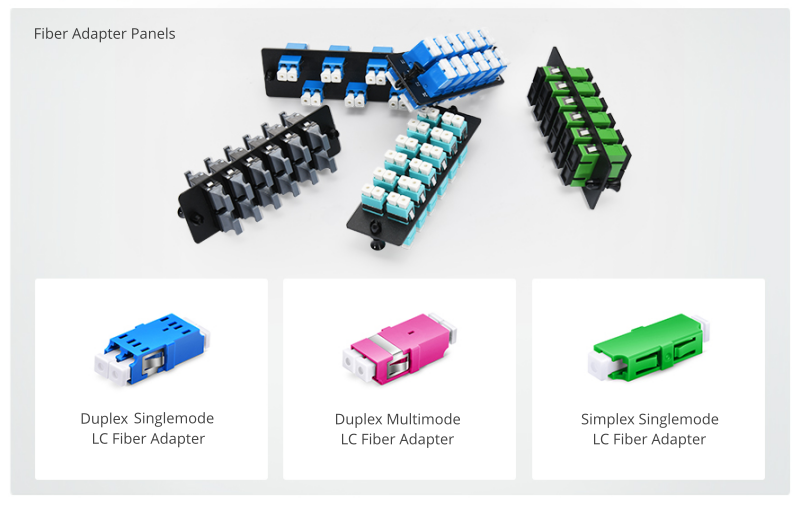 MTP/MPO to LC Fiber Cassettes are pre-terminated modular modules that need to be installed on a fiber rack mount. An MTP/MPO to LC cassette has LC adapters on the front side and MTP/MPO at the rear. The LC interfaces on the front side can be connected with devices via LC patch cords and the MTP interface at the rear can be plugged with MTP cable so as to provide secure transition between MTP and LC connectors.