Managed vs Unmanaged Media Converter: How to Choose?

What Is Managed Media Converter?

Managed media converter supports carrier-grade network management, which is vitally important for mission-critical fully managed networks or networks dispersed over large areas to allow efficient control and maintenance. It has the ability to provide additional network monitoring, fault detection and remote configuration functionality, which used in conjunction with a managed switch that can add an additional security layer for LANs used to manage intellectual property or financial data. These converters can be easily deployed through a simple network management web interface or loaded into a chassis.

What Is Unmanaged Media Converter? 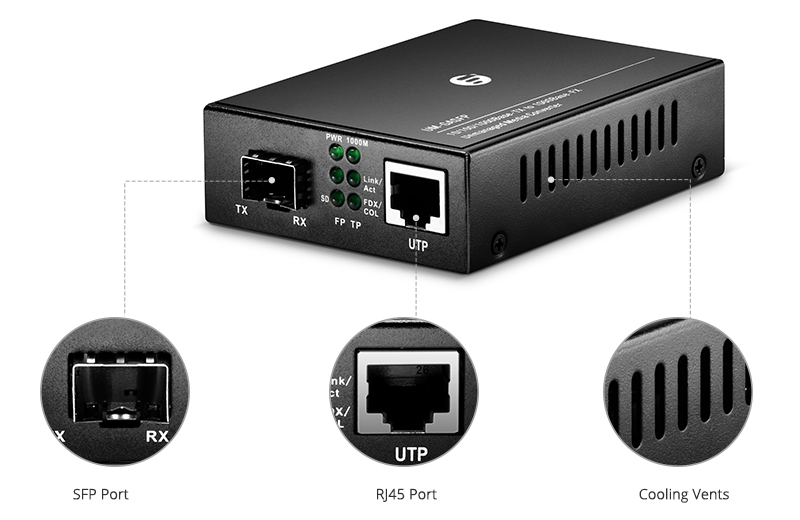 Managed vs Unmanaged Media Converter: Which to Use?

Managed and unmanaged media converters both have their own features and functions, and they have different application environments.

While, as for unmanaged media converter, the most important function is DIP switches mentioned above. DIP is used to change the operating mode of a device. In addition to the basic configurations mentioned earlier, unmanaged media converters with DIP switches can also configure other networking features such as remote fault indication, fault propagation, and loopback modes.

Managed fiber media converters are mostly suitable for those complex environments requiring a medium to large-scale deployment of Ethernet media converters. They are aimed at users who need a response time of milliseconds or to manage and troubleshoot the network remotely and securely, which allows network managers to reach optimal network performance and reliability. In these places, complete control of data, bandwidth and traffic is needed on any segment of the network.

While, the unmanaged media converters are mostly used to connect edge devices on network spurs, or on a small stand-alone network with only a few components. They are suitable for any network that needs to simplify the installation of home or small business network. In a word, due to advanced functions and performances, managed media converters are more widely used than unmanaged ones. But you need to choose them based on your specific demands.