Today’s high-bandwidth premises networks demand on a reliable fiber optic infrastructure. Proper installation and maintenance of fiber cabling is imperative for minimizing network downtime. Whether you require basic fiber verification capabilities, advanced troubleshooting and inspection, or power measurements. Optical power meter is a must to meet your needs.


To calculate the optical loss, OPM is first connected directly to an optical transmission device through a fiber pigtail, and the signal power is measured. Then the measurements are taken through OPM at the remote end of the fiber cable. The difference between the two measurements displays the total optical loss the signal incurred while propagating through the cable. Adding up all the losses calculated at different sections yields the overall loss incurred to the signal. 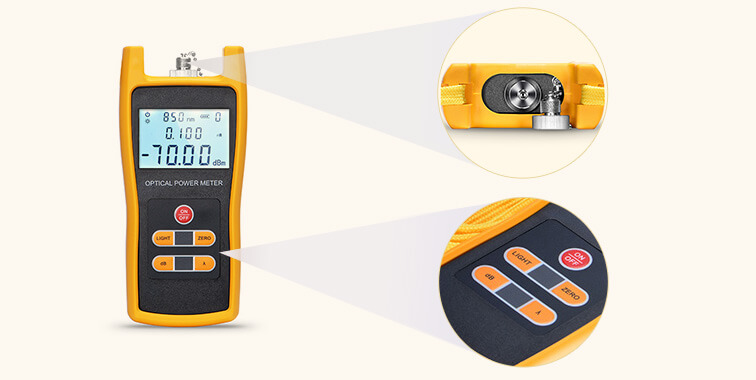