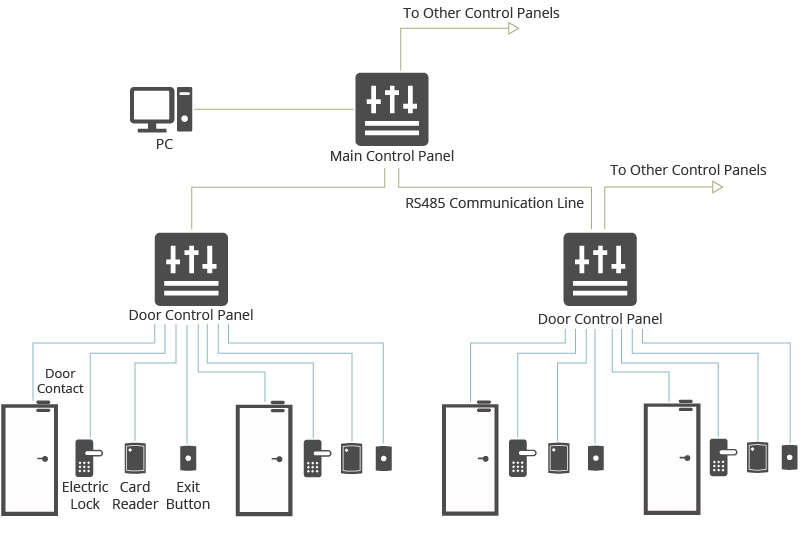 The PoE access control system can communicate with key points you installed in the access control network, such as electric door locks, biometric readers, exit request devices, etc. Here is an overview diagram of the PoE network access control infrastructure:

Compared to a traditional ACS, a PoE access control system has three main advantages listed below:


Although there are many advantages in a PoE ACS, there is one limitation as well. The only drawback of PoE systems is the limited power transmission to the connected equipment. PoE switches or PoE injectors not only power the controllers, but also supply output power to ancillary devices such as card readers, fail-secure electric strikes, etc., which are connected to the controllers. Normally, there are two voltage limits for most PoE controllers. One is the lock output power, another is the total power output. In most cases, the total power output for all ancillary components, including the lock power, is approximately 600 mA. This requires that every component connected to a PoE controller be prescreened to determine the amperage draw so the total amperage for all components is less that the total output limits of the controller. Despite the limitation, a PoE access control system can still meet most application needs.