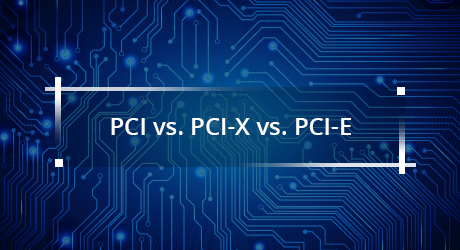 PCI vs PCI-X vs PCI-E, Why Choose PCI-E Card?

One of the most outstanding characteristics of modern computers is their upgradeability. The new capabilities can be added by installing an expansion card in one of the slots that may follow three different standards: PCI vs PCI-X vs PCI-E. Three versions of the network cards are born accordingly. PCI card is known as the original edition, and the PCI-E card is currently considered as the preference. PCI vs PCI-X, PCI vs PCI Express, what are their differences? Why should we choose PCI-E cards? Continue reading to find the answers.

The Relationship Between PCI vs PCI-X vs PCI-E

PCI (Peripheral Component Interconnect) standard has gone through countless large or small improvements, which reflects in the corresponding network cards. Initially, PCI card has been a versatile network hardware served home and business users for many years, still unable to escape the fate of being replaced eventually as the demand for higher performance increases. As the precursor to PCI-E, PCI-X (derived from Peripheral Component Interconnect eXtended) card is an enhanced version of PCI for higher bandwidth demanded. PCI-E (E stands for Express) card, the latest version, has then become the first choice for many purchasers after release. What Is PCIe card? Everything You Need to Know About PCI Express Card offers a complete introduction of the PCIe card.

PCI vs PCI-X vs PCI-E Card, What Are Their Differences?

All the "PCI series" network adapters function as the connection interface that connects devices to the computer. However, differences between PCI vs PCI-X, PCI vs PCIe are distinct. The following part will mainly discuss about the comparison of PCI vs PCI-X vs PCI-E card.

The main difference between the previous PCI card and PCI-X card and the successor PCIe card is "parallel vs serial" data transmission. PCI and PCI-X network cards follow the original PCI standard, which is a classic shared bus architecture with all connected peripherals using the same bus in parallel. Specifically, data will be sent and received simultaneously across multiple lines. The devices normally have to wait on the bus when communicating with the computer. The overall performance will go down as the increase of added devices. PCI-E card, however, adopts dedicated point-to-point serial technology, resembling an on-board network. Therefore, each individual device has its own bus, which creates a more efficient bus system. Note that, one serial connection with a higher clock can match the speed of multiple parallel lines moving on the same load. 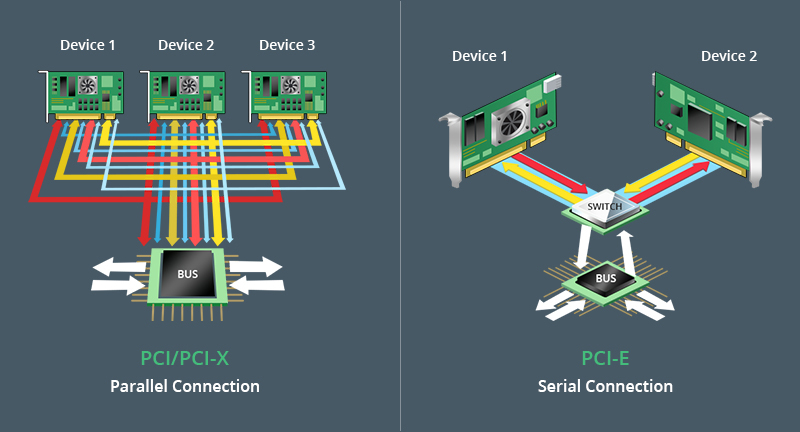 When it comes to the size of the slot on the computer's motherboard, PCI vs PCI-X, PCI vs PCIe differ greatly. The fixed widths for conventional PCI cards are 32-bit and 64-bit versions. PCI-X card (only has 64 bits wide) is physically similar to a 64-bit PCI card. The conventional PCI slots are the 85 mm long 32-bit version, most PCI-X network cards use the 130mm long 64-bit slot. As a result, the slots and the corresponding network cards take up quite a bit of space on the motherboard. On the contrary, PCI-E cards can only be inserted into the PCIe slots designed for them. The size of the slot is dependent on the amounts of lanes the PCI-E bus has, which is specified as "x1," "x8", etc. The number indicates the "lanes" that the slot offers. A PCI-E x1 slot, which has just one lane, takes up almost no space on the motherboard. And a 32-lane PCI-E x32 slot is similar to PCI-X slots in size.

Some detailed specifications are presented in the table below:

PCI vs PCI-X vs PCI-E, Why Choose PCI-E Card?

After comparing and analyzing, it's concluded that the PCI-E card of a new design is evidently superior on account of the overwhelming advantages over PCI and PCI-X card:

Settle the Bottlenecks of the Predecessors

Technically speaking, PCIe card abandons the conventional parallel transmission adopted by PCI and PCI-X network adapters that requires difficult trace routing. It uses serial transmission technology that allows each lane to have its own exclusive bandwidth, and thus lanes will not affect each other. Suffers fewer interference problems.

Economically speaking, the point-to-point transmission PCI Express network adapter could decrease the costs of system development and manufacturing, because the complexity and difficulty of the hardware platform design is reduced.

At present, PCI vs PCI-X vs PCI-E cards coexist in the market. Since PCIe network card is compatible with current operating systems and can provide faster speeds, more computer hardware designers and manufacturers will continue to integrate PCIe into their latest offerings. PCI-E is replacing PCI/PCI-X standard gradually, and the PCI-based cards will become obsolete in a not-so-distant future. 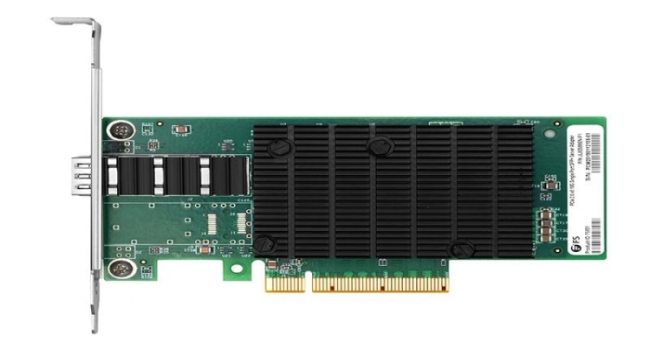 Can a PCI-E card work in a PCI/PCI-X slot?

The answer is no. PCIe card and PCI/PCI-X cards are not compatible with each other due to their different configurations. In most cases, there are both PCI and PCIe slots on the motherboard, so please fit the card into its matching slot and do not misuse the two types.

Can a PCI card be used in a PCI-X slot?

The answer is yes, but not advisable. PCI-X is downward compatible with PCI. If a PCI card is inserted into a PCI-X slot, the system will drop down to PCI level operations without executing PCI-X based operations. If you only have a PCI card at hand, you can try but at the risk of slowing down the PCI-X based device to PCI levels.

Does a 32-bit PCI card compatible with the 64-bit PCI-X slots?

Most 32-bit PCI cards will function properly in 64-bit PCI-X slots, but the bus speed will be limited to the clock frequency of the slowest card. That is to say, if a 66-MHz PCI card is installed into a PCI-X slot capable of 133 MHz, the bus backplane will be limited to 66 MHz.

The main difference between each generation of PCIe card is bandwidth speed. The bandwidth of generation 4.0 can go up to 64 GB/s, while as an extension of the PCIe 4.0, PCIe 5.0 has a bandwidth of 128 GB/s.