AON vs PON Networks: Which One to Choose for FTTH Systems

Fiber to the home (FTTH) is a system which installs optical fiber from a central point directly to individual buildings such as residences and apartments. The deployment of FTTH has come a long way before subscribers adopt optical fibers instead of copper lines to achieve broadband Internet access. There are two basic paths to deploy high-speed FTTH networks: active optical network (AON) and passive optical network (PON). Then AON vs PON networks: what's the difference?

What Is an AON Network?

AON is a point-to-point network structure in which each subscriber has its own fiber-optic line that is terminated on an optical concentrator. AON network covers electrically powered switching equipment, such as a router or a switch aggregator, to manage signal distribution and direction signals to specific customers. The switch directs the incoming and outgoing signals to the proper place by opening and closing in various ways. The reliance of the AON network on Ethernet technology makes interoperability among vendors easy. Subscribers can select hardware that delivers an appropriate data transmission rate and scale up as their needs increase without the need to restructure the network. However, the AON network requires at least one switch aggregator for each subscriber.

What Is a PON Network?

Different from AON networks, PON is a point to multipoint network structure in which passive optical splitters are used to separate and collect optical signals. The fiber optic splitters allow the PON network to serve multiple subscribers in a single optical fiber without the need to deploy individual fibers between the hub and the end-users. As its name shows, the PON network does not include electrically powered switching equipment and shares fiber optic strands for portions of the network. Powered equipment is required only at the source and receiving ends of the signal. 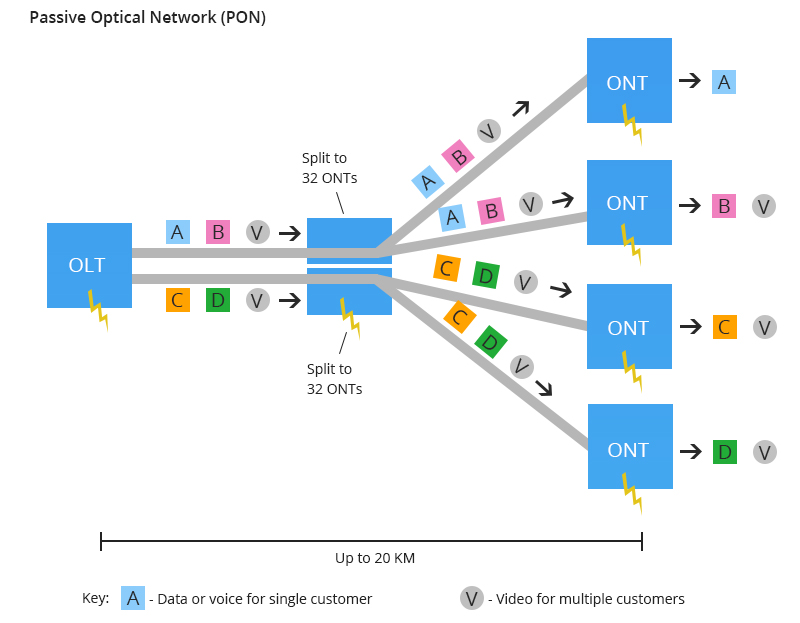 In a typical PON network, PLC splitters are the core. A fiber splitter combines multiple optical signals into a single output, or the fiber splitter takes a single optical input and distributes it to multiple separate outputs. These splitters for PON are bi-directional. To be clear, the fiber signals can be sent downstream from the central office, broadcast to all users. And signals from the users can be sent upstream and combined into one fiber to communicate with the central office. 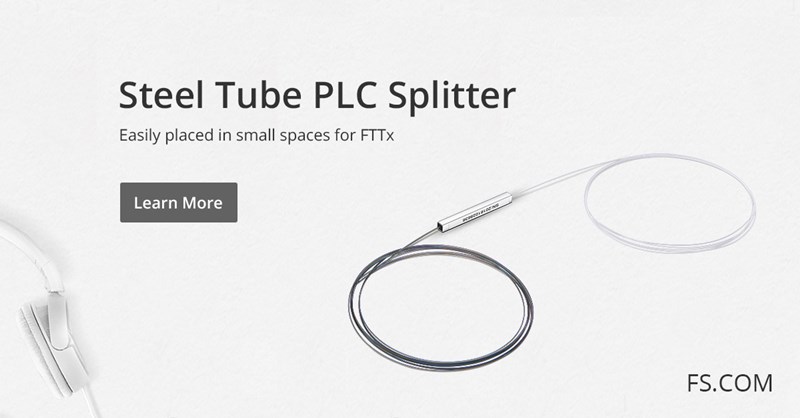 Both PON and AON networks make up the fiber backbone in FTTH systems that allow people and businesses access to the internet. Before choosing between a PON or an AON, it's necessary to make clear the differences between them.

When it comes to the AON vs PON network, the main difference between them is the way the optical signal is distributed to each customer in the FTTH system. In an AON system, the subscribers have a dedicated fiber-optic strand, which allows them to get the same bandwidth that isn't shared. While in a PON network, users share the fiber optic strands for a portion of the network in PON. Thus people who use PON may also find that their systems are slower, as all users share the same bandwidth. If something went wrong within a PON system, it would be more difficult to find the source of the problem.

The biggest ongoing expense in a network is the cost of the powering equipment and maintenance. Compared with the AON network that is a powered network, PON makes use of passive components that require less maintenance, and no power is needed. So PON is less expensive than AON.

AON can cover a distance range of up to 90 km, while PON is usually limited by fiber cable runs of up to 20 km. This means that the PON subscribers must be geographically closer to the originating signal.

In addition, there are some other factors to consider if it is relevant to special applications or services. For example, radiofrequency and video services will be deployed, then a PON is typically the only practical solution. If all services are Internet Protocol-based, however, either a PON or an AON could be appropriate. If there are longer distances involved and providing power and cooling to active components in the field could pose a problem, then a PON may be the best choice. Alternatively, if the target customer is commercial or if the project involves multiple dwelling units, then an AON network may be a better fit.

AON vs PON Networks: Which Do You Prefer for FTTH?

When choosing between a PON or an AON, it is essential to consider what services are going to be delivered over the network, the overall network topology and who the primary customer will be. Many operators deploy a blend of the two networks under different circumstances. However, with the increasing demand for interoperability and scalability for networking, there is a tendency that network architecture would allow any fiber to be used interchangeably in either a PON or AON application as future needs dictate.