What Is Port Mirroring?

How Does Port Mirroring Work? 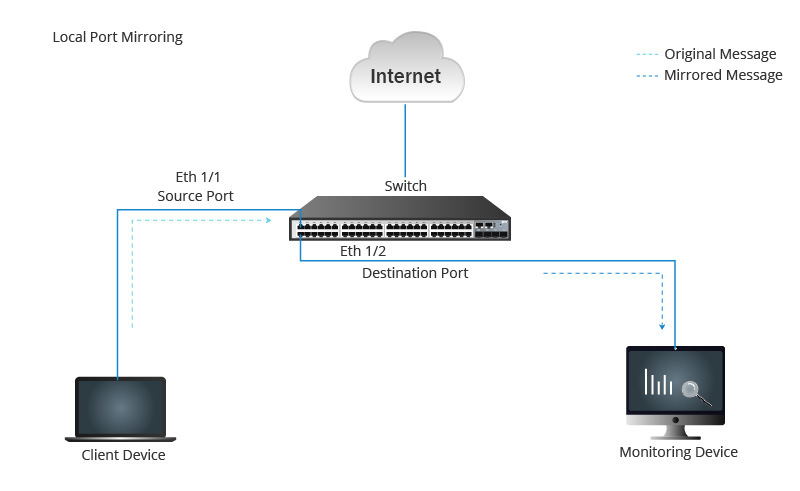 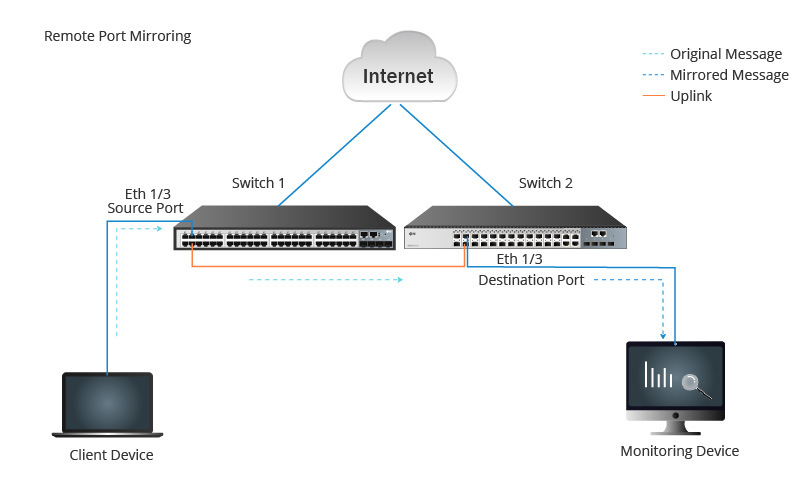 How to Configure Port Mirroring?

2. Add the source port and destination port to VLAN.

1. Create the source port in a global schema.

2. Configure the uplink port on one switch.

3. Create a destination port in a global schema.

4. Configure the uplink port on another switch.

1. Configuration takes effect after setting one port as the source port and setting another port as the destination port in local port mirroring.

2. When creating a mirroring group, only one destination port can be set, but there could be one or more source ports in the group.

5. It’s recommended that do not apply STP, RSTP or MSTP on the destination port, otherwise, the device may malfunction. 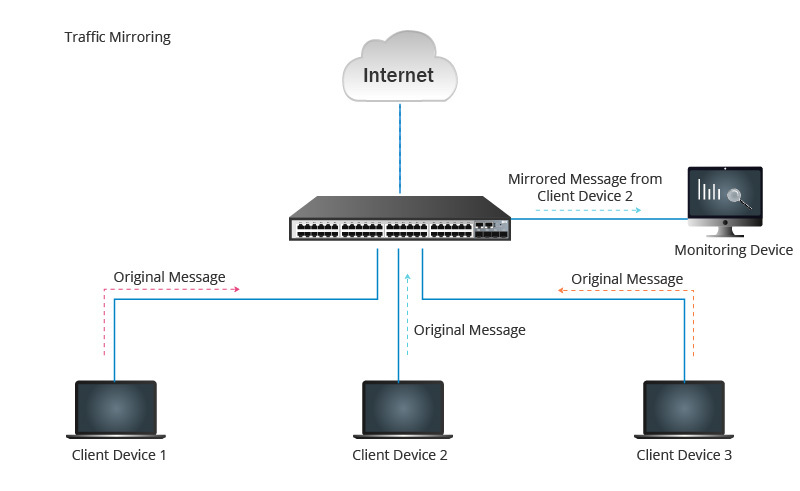 Port mapping, also called port forwarding, is used to forward an IP address of LAN to the WAN, or forward an IP address from WAN to the LAN. In a typical residential network, nodes obtain Internet access via a cable modem connected to a router. The router is configured with a public IP address, while the computer behind the router has a private IP address that is invisible to the hosts on the Internet. When users search on Google, the host on the Internet only recognizes the router’s IP and sent the data to the router. And then the router forwards the data to the PC via port mapping list (note that only the router with port mapping can send the feedback data to the corresponding PC). Thus, port mapping is a process of data forwarding, while port mirroring is a process of data copying.

How to Verify Port Mirroring?

In general, users can verify port mirroring results by the software of capturing packet. Run the software on the monitoring device, the configuration succeeds when obtaining the packet sent or received by the source port.