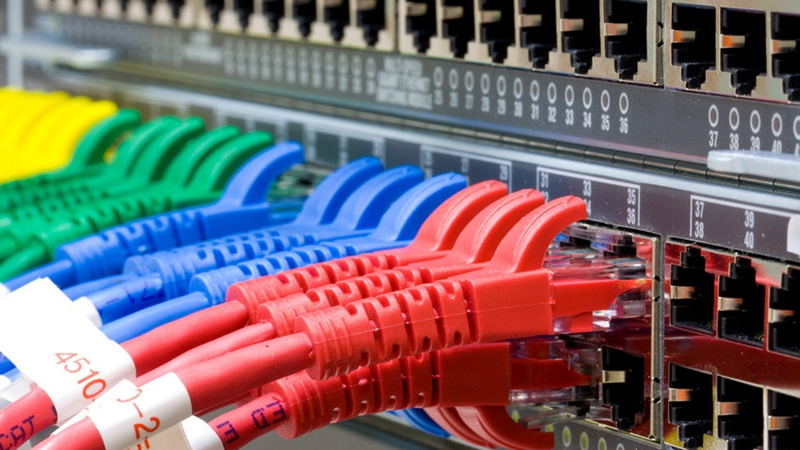 Cat5 vs Cat5e vs Cat6 vs Cat7 vs Cat8 Ethernet Cables, What Are They?

What Is Cat5 Cable: A Little Older, A Little Slower

Cat5 cables have been the first choice for Internet connections for many years. If you're on a LAN, the cable running out of the back of your PC is probably Category 5. This type of network cable is made up of four twisted pairs of copper wire terminated by an RJ45 connector, which has a bandwidth of up to 100 MHz, supports 10 or 100Mbps speed. You may be able to get Gigabit speeds on a Cat5 cable, particularly if the cable is shorter, but it isn't always guaranteed.

What Is Cat5e Cable: Faster With Less Interference

Category 5e (Cat5e) is an enhanced version of Category 5 cable, which indicates a lower-noise version where the potential for crosstalk is reduced. The internal interference is lower because the cable has an average of two twists per centimeter, which allows it to transmit data without significant signal degradation.

What Is Cat6 Cable: Even Faster With Better Performance

Same as the Cat5e cable, the Cat6 cable consists of four pairs of twisted copper wire but features more stringent specifications for crosstalk and system noise. A Cat6 patch cord has a bandwidth capacity of 250 MHz, which has even stricter specifications when it comes to interference. Offer you speeds of up to 10 Gbps.

What Is Cat6a Cable: Stronger Sheathing, Better for Industrial Application

The "a" in Cat6a stands for "Augmented". Cat6a Ethernet cables are able to maintain higher transmission speeds over longer network cable lengths. With a stronger sheathing, the Cat6a cabling is better suited for industrial environments. However, compared to Cat6 cables, Cat6a cables are thicker and less flexible.

What Is Cat7 Cable: Newer “Class F” Cabling, Support Frequencies of up to 600 Mhz

Cat7 network cables encompass four individually shielded pairs inside an overall shield, called Shielded/Foiled Twisted Pair (S/FTP) or Foiled/ Foiled Twisted Pair (F/FTP). Cat7 cables do well in reducing signal attenuation and they are relatively stiff when compared to the older versions like Cat5e or Cat6a cables. The newer "Class F" cable is an ideal choice for application environments where transmission of frequencies up to 600 Mbps is required.

What Is Cat8 Cable: A Huge Step Up in Data Rate/Bandwidth

Cat5 vs Cat5e vs Cat6 vs Cat7 vs Cat8: What Are Their Differences?

Shielding Type of Ethernet Cables Plus Their Applications

"U" stands for "Unshielded or Unscreened"

The shielding type of Ethernet cables and their applications are as follows:

How to choose Cat5 vs Cat5e vs Cat6 vs Cat7 vs Cat8 cable? The above focuses on the main factors that you need to consider when choosing the right Ethernet cable.

In terms of speed and bandwidth, the later version of network cable performs better than the former one, but one more important point you should keep in mind is that network cables support different speeds over different distances. Take Cat6 cable for example, the max transmission speed is 1 Gbps at 100 meters, while 10 Gbps at 37-55 meters. Cat6a Ethernet cable can reach 10 Gbps over a distance of up to 100 meters. So you can choose the suitable network cable according to the cabling length and network speed you need.

After taking these key factors into consideration, then you can pay more attention to the shielding type of Ethernet cables as well as their applications. In addition, the price might be a factor that you need to consider when choosing the right Ethernet cable. Cat6a can perform just about the same as Cat7 but at a lower price point, and Cat 8 cable is generally more expensive than the older versions like Cat 6, or even Cat 7. Keeping reading: How to Choose the Best Ethernet Cable?