FS CommunityKnowledge CenterRIP vs OSPF: What Is the Difference?

The RIP protocol and OSPF protocol are two Interior Gateway Protocols (IGP) that intensively used in computer networks to specify the best routes for data transmission. RIP (Routing Information Protocol) is one of the oldest routing protocols in service, whereas OSPF (Open Shortest Path First) serves as the most widely adopted IGP for large enterprise networks. Network managers may find themselves in a dilemma when choosing between RIP vs OSPF. So, this blog will present a detailed description of these two routing protocols and key RIP vs OSPF differences.

RIP vs OSPF: What Is RIP Protocol in Networking?

RIP (Routing Information Protocol), is an example of distance vector routing for local networks. RIP works to deliver the whole routing table to all active interfaces every 30 seconds. In RIP protocol, hop count is the only metrics to decide the best path to a remote network. Let’s take an example to see how RIP protocol works: Assuming, we have two paths available from the Source to the Destination. It is clear that Path 2 will be selected by RIP protocol since it has fewer hop counts. 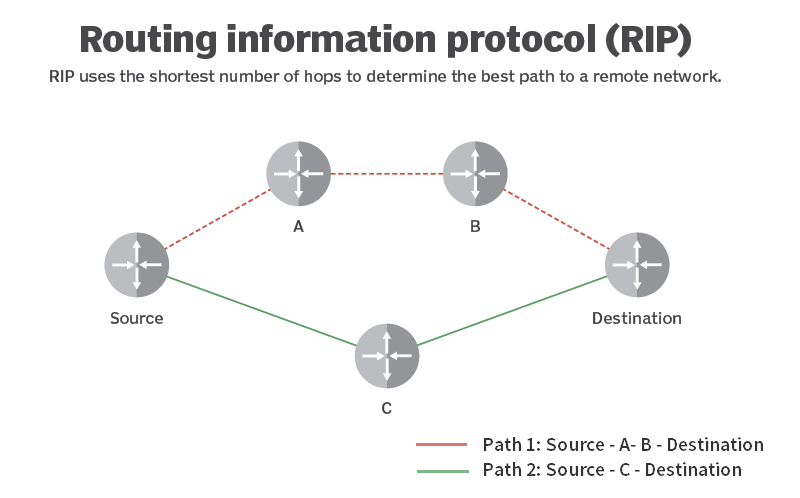 Pros and Cons of RIP Protocol

RIP vs OSPF: What Is OSPF in Networking?

Pros and Cons of OSPF Protocol

RIP and OSPF are Interior Gateway Protocols that routing information within an autonomous system and RIP vs OSPF differs in many aspects. 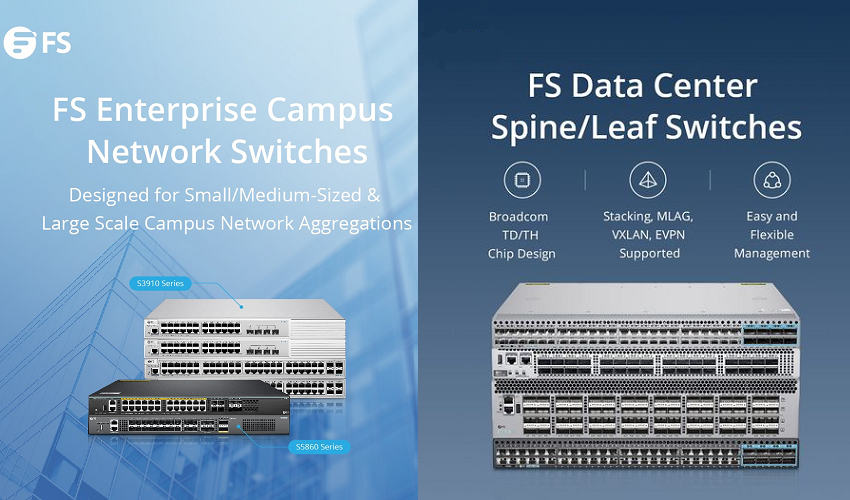 After comparing RIP vs OSPF differences, it’s clear that RIP protocol is ideal for small networks that are simple and non-hierarchical, whereas OSPF protocol fits best for large and hierarchical enterprise networks. In a complex network, you may have multiple routing protocols operating simultaneously. Hope you get the best configuration for your network.

Also look for wiki for RIP vs OSPF vs EIGRP vs BGP? Here are some related articles:

OSPF vs BGP: Which Routing Protocol to Use?

EIGRP vs OSPF: What’s the Difference?