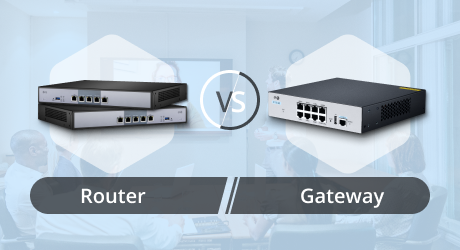 Router VS Gateway: What is the Similarity and Difference

Gateway and router are two confusable terms that often come up in the topic of networking and communication devices. They are seen as synonyms all the time and do have something in common here. However, you also need to get a general idea about the differences between gateway and router from now on. Let's find the answers in this article that discussed router and gateway and their major differences.

What is a gateway

As the name implies, a gateway is a network entity, also known as a protocol converter. It connects the computers of one network to another and defines the boundaries of the network. If two networks with different protocols want to be connected to each other, both networks need to have gateways that provide a point of presence and entry for computers from both networks to communicate. In other words, gateways can join different systems. 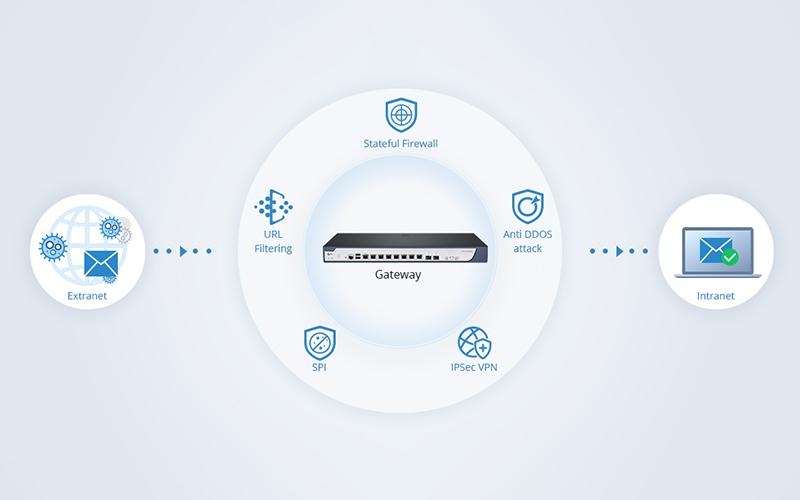 What is a router

A router is a switching device that is responsible for receiving, analyzing and forwarding the data packets from the network to connected computers. A home router connects to the modem and acts like a traffic director on your local network, which connects your devices via WiFi signal or Ethernet, tunneling information between them and out to the modem. And the enterprise router has more powerful functions than a home router such as VPN service and flash memory, etc. Besides, there are wireless and wired routers options available. If you'd like to gain much knowledge about routers, two helpful articles are provided for you here: Enterprise Router VS Home Router & Router Types.

Gateway vs router: what is the similarity

Both routers and gateways are hardware components in a network that regulate traffic and determine its flow between two or more networks. Sometimes, a network may use routers both as end-point and access-point, in this case, the router becomes a gateway.

A gateway often works with a router and a switch to complete the routing process. When a gateway receives a packet, it translates the protocol, and the router directs it to the next router.

It must be pointed out that network cards have to be inserted into both gateways and routers to facilitate this communication and virtually all routers and gateways have this setup shipped out of the factory without requiring the user to buy a separate network card.

Gateway vs router: what is the difference

A router is a networking layer system used to manage and forward data packets to devices network while a gateway is simply a hardware that acts as a gate between the networks. Besides, routers and gateways are very different in their working principle.

Before arriving at the router, packets go to the gateway channel first, and the gateway checks the header information at once. After checking for any kind of error in the destination IP address and packet. According to the needs of the destination network, it carries out data conversion and protocol conversion on the packet, which is also the most critical step. Finally, the processed packet is forwarded to the router to establish intelligent communication between the two different networks. 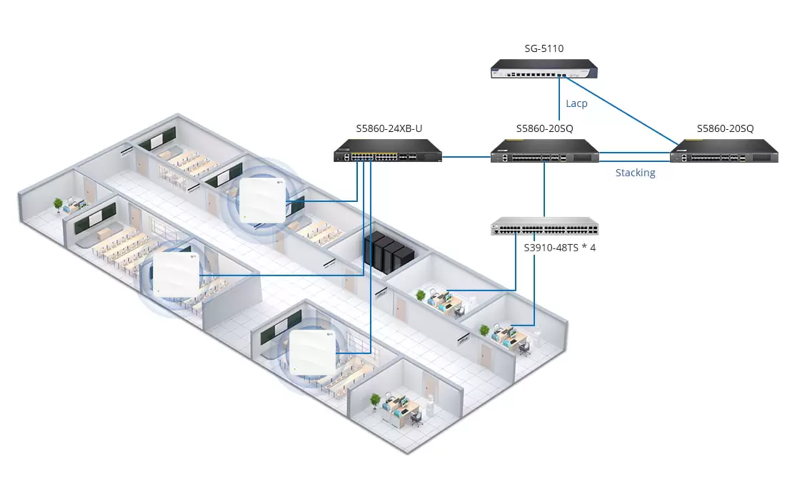 In layman's terms, gateways and routers are like the gates and elevators of a castle. When outsiders want to enter the castle, they must first pass the inspection and arrangement through the gate, so that they have the same characteristics as other people in the castle, and then they can be sent to the elevator. Then the elevator headquarters will choose the fastest elevator for them according to the characteristics and purpose of these strangers and finally, arrive at the destination.

Router and gateway differ in other ways besides their definitions and working principles:

Table: the differences between routers and gateways

The relationship between gateway vs router is summed up in one sentence: a gateway is a concept while a router is a device that implements a gateway. If your devices are on the same network, then routers and gateways can be peer to peer. But if you want to connect two different networks with different protocols, the gateway can suit your demands. Some routers and gateways in the market can already replace each other. The technology and capabilities of gateways and routers will continue to evolve and become more sophisticated over the next few years.

Different Types of Routers in Networking