FS CommunityKnowledge CenterServer HDD vs SSD: Which One Is Better?

Server HDD vs SSD: Which One Is Better?

Generally speaking, there are two main storage devices for hosting companies to store data: hard disk drives (HDDs) and solid-state drives (SSDs). In recent years, there has also been a transition from HDDs to SSDs. And servers are no exception. Typically, the performance of servers depends heavily on the hard drive. So, what are server HDDs and SSDs? Do server SSDs really perform better than server HDDs? This article will show the difference between server HDDs and server SSDs in detail.

What Is Server HDD?

Server HDD refers to the hard disks used on the server, including all data and applications. As a non-volatile data storage device, server HDD is not susceptible to device shutdowns and can still store data when turned off.

Besides, server HDD is also a mechanical hard disk, which consists of the spindle, disk platter, actuator, actuator arm and read/write head. Normally, server HDDs achieve data transmission through spinning disks, where the head can read and write data and send it to the server.

However, one thing that requires more attention with server HDDs is that they are very complex and prone to damage. If HDD is bumped or dropped, the arm won't work effectively. 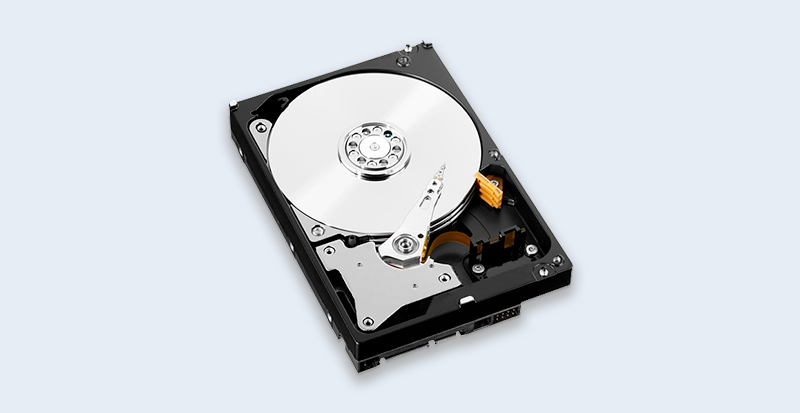 What Is Server SSD?

Unlike server HDD, server SSD stores data in flash memory rather than a magnetic-based system. It is mainly composed of multiple flash memory particles and main control chips. Therefore, there are no mechanical parts inside the server SSD, which makes it less susceptible to high-speed movement and can also minimize data loss in the event of shock, vibration or drops.

From the above introduction, it's not difficult to find the differences between these two storage devices. For example, a server SSD can deliver faster read and write speed than server HDD, etc. Other differences will be explained in detail below.

To sum up, in terms of price, server SSD is not as cost-effective as server HDD. However, it outperforms server HDD in several respects, including better performance, larger storage capacity, less power consumption, and longer lifespan. Hosting companies can make a suitable choice based on their unique requirements. But in the long run, SSDs can bring greater economic benefits.