Fiber optic cable, twisted pair cable and coaxial cable are three major types of network cables used in communication systems. Each of them is different and suitable for different applications. Since each of them can be equally applied into network communication, how they distinct from each other in terms of features and specifications? What’s the differences between performance and capacity when it comes to fiber optic cable vs twisted pair cable vs coaxial cable?

Twisted pair cable is often used for telephone communications and most modern Ethernet networks. It is a kind of wiring in which two conductors of a single circuit are twisted together. A pair of wires forms a circuit that can transmit data. And the pairs are twisted together to provide protection against crosstalk, the noise generated by adjacent pairs.

There are two types of twisted pair Ethernet cable: unshielded twisted pair (UTP) and shielded twisted pair (STP). The commonly used UTP copper cable is Cat5, Cat5e, Cat6, Cat6a and Cat7. The STP copper cable has a foil wrapped outside on each pair of wires. The four pairs of wires then are wrapped in an overall metallic braid or foil, usually 150-ohm cable. STP cable has a better capacity of resisting noise than UTP cable, even if both of them can be used in 10GBASE-T. Know the difference between UTP and STP cable in 10GBASE-T network: UTP or STP Cables for 10GBASE-T Network?

Coaxial cable, or coax cable, is designed to transmit high-frequency signals. It’s comprised of a round copper conductor and three layers of insulation and shielding which prevents crosstalk from motors, lighting and other sources of EMI. With the shield construction, the coaxial cable can support longer cable lengths between two devices.

There are a number of different types of coax, but only two—RG59 and RG6—get the most use in residential applications. The name “RG” dates back to World War II and means “radio guide” which doesn’t have really signify anything today.

Except for the construction differences of fiber optic cable vs twisted pair cable vs coaxial cable, these three types of cables distinguish from each other in cable performance and capacity.

Coaxial cable and twisted pair cable are copper or copper-based wire surrounded by insulation with other materials. Both of them can transmit television, telephone and data with electrical signals. While fiber optic cable can deliver the same types of signals with much wider bandwidth, faster speed and higher frequencies. It’s made of very thin, pliable tubes of glass or plastic.

In general, fiber optic cable is more expensive than copper cable due to its high performance and capacity. However, in the cable market, the price of fiber optic cable, twisted pair cable and coaxial cable varies from different suppliers and vendors. Before buying these cables, making careful comparison is important.

From the table, we can see fiber optic cable has the lowest price at the same cable length. However, the total installation of optical fiber cables also can be high because of other optical components used, especially optical transceivers. In addition, twisted pair cable with RJ45 connector cost less than coaxial cable which often comes with a BNC connector.

Fiber optic cables are not only installed to support long distance connections between cities and countries, but in suburban neighborhoods for direct access like the FTTH, FTTP, FTTB, FTTC, etc., which is called “last mile” installations. And they are widely used in data centers where large volume of data needs to be transmitted. 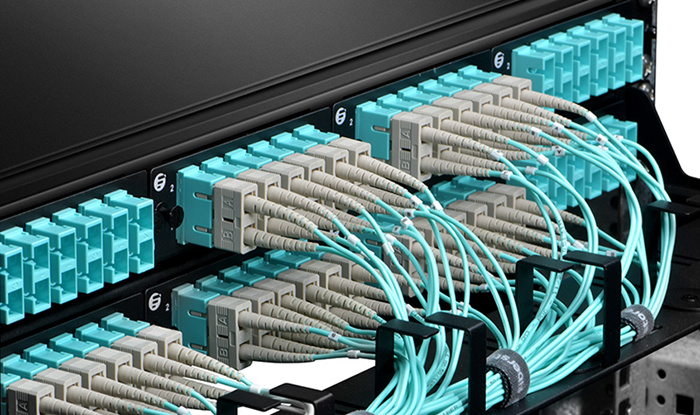 In sum, there are obvious differences among fiber optic cable vs twisted pair cable vs coaxial cable. Fiber optics seem to become the trend for the increasing demand of the market as the technology develops fast. However, whether to choose twisted pair cables, coaxial cables or fiber optic cables still depends heavily on applications, which is subject to the cost, transmission distance and performance.

DHCP vs Static IP: Which One Is Better?

Where Is Ethernet Cable of Various Lengths Deployed?

Will Copper Cables Still Be an Indispensable Part in Data Center?

Your opinion matters to us. We\'ll review and use it to improve the FS website for future visits.