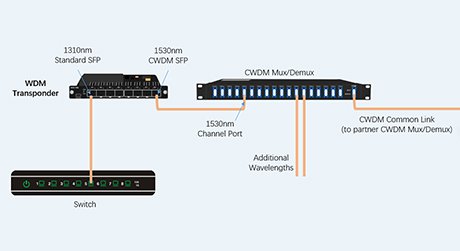 When a fiber media converter is used in wavelength division multiplexing (WDM) system, it is called WDM transponder (OEO). It converts the incoming signal from the end or client service to a WDM wavelength. This process is important in WDM system and this post will explain why and how it is achieved by optical transponder.

What Is Optical Transponder (OEO)?

An optical transponder consists of a transmitter and a responder, which is similar to a transceiver that includes a transmitter and a receiver. The optical transponder extends the transmission distance by converting the wavelengths and amplifying the signal. It automatically receives, amplifies and then retransmits a signal on a different wavelength without changing the data/signal content. That is to say, an optical signal received by the transponder is converted to an electrical data stream which it then processes and regenerates. The transponder then converts the signal of standard optical wavelengths to an optical CWDM (coarse WDM) or DWDM (dense WDM) signal. This process is commonly referred to as OEO (optical to electrical to optical) conversion.

Instead of simply regenerating the original signal during the process, modern WDM transponder is endowed with the 3R system (reshape, retime, reamplify), which is capable of cleaning up, monitoring and amplifying the signal accurately and closely.

The optical transponder is needed in WDM system for several reasons. Firstly, in a case where equipment of different wavelengths need to communicate with each other, the optical transponder can solve the incompatible problem between them. Secondly, there is more than one fiber optic network provided by different providers and of different standards. We need WDM transponder to traverse from one fiber optic network to another. These requirements are divided into three converting types in practical applications.

It is known to us that multimode fiber (MMF) is often used in short-distance transmission and single-mode fiber (SMF) is for long-distance transmission. Mode conversion is needed when the transmission distance exceeds the limitation of MMF or when connectivity between a multimode device and a single-mode device is required. For instance, the following two switches located far from each other are connected via two optical transponders that convert MMF to SMF. Typical application of this function is for extending the distances of 10G Optical Transport Network (OTN) and Synchronous Optical Network (SONET) ring.

Transponder vs. Transceiver and Muxponder

In fiber optic networks, transponder, transceiver and muxponder are all devices that function for receiving and transmitting optical signals. Although they have similarities in their functionality, they are essentially different devices considering their designed purposes. Fiber optic transceivers are limited to electrical-optical function only and are with serial electrical interface, whereas transponders convert an optical signal at one wavelength to another and use parallel electrical interface. As such, WDM transponders can be considered as two transceivers placed back-to-back. Fiber optic muxponders send and receive optical signals on a fiber in much the same way as transponders but the former has the additional function of multiplexing multiple sub-rate client interfaces onto the line interface of higher rate.

For example, a 4 channels multirate WDM transponder with 8 SFP/SFP+ ports can convert a multimode 1Gbps or 10Gbps signal to a single-mode signal of CWDM/DWDM wavelength, so that the 1G/10G link can be extended to a longer length. Although the signal is amplified, the data rate before and after the conversion will not be changed. 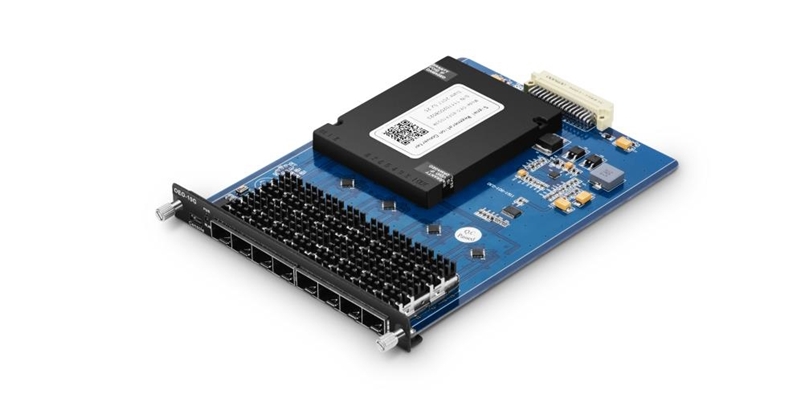 Figure 6: CWDM transceivers of 18 channels, each for a specified wavelength.

In terms of fiber optic muxponders, they are multiprotocol multirate devices that integrate several different services onto one fiber. For example, a 100Gbps muxponder with 10x10G SFP+ and 1x100G CFP interfaces can aggregate up to ten 10G signals of different standards onto one 100G signal.

Standalone or Line Card WDM Transponder, Which to Choose?

When looking for a WDM transponder (OEO) in the market, there are both standalone and line card types of transponders available. Each of them has their advantages and disadvantages in usage.

For standalone WDM transponders, there are rack mount type and desktop type. Rack mount types have ears allowing for easy installation on standard racks, while desktop types are usually not in standard 1U size and can only be put on shelves or desks. Both of the rack mount type and desktop type are packed in an individual metal box, which protects the modules inside and enables the transponder to be used alone. However, standalone also means that it requires an individual monitoring as well and takes up more spaces. Standalone WDM transponders are usually with smaller capacity and fewer slots compared with same-size line card types. And the price for standalone transponders is higher due to its design. 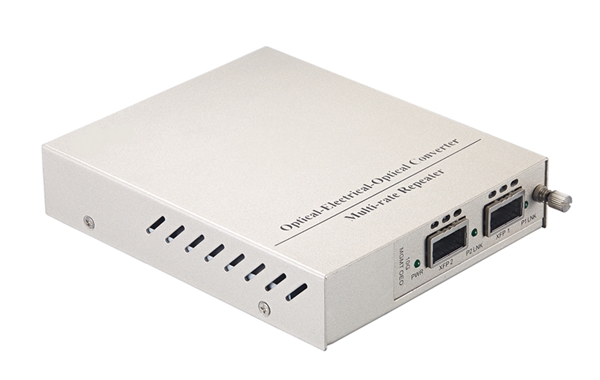 Figure 8: Image for a standalone OEO.

OEO line cards are plug-in types that are used with empty rack mount chassis. They have advantages of smaller size, more interfaces taking up only a few spaces, and higher capacity in the same dimension. The OEO cards are managed together with other functional line cards, which means they can be flexibly removed, installed and monitored as a group. The line card types are often cheaper. The only shortcoming is that the line cards cannot be used alone and should be used in the chassis that hold them up.

Optical transponder is versatile for converting different types of signal, including multimode to single-mode, dual fiber to single fiber and one wavelength to another wavelength. During the process, the signal is also re-amplified, monitored and cleaned up but will not be modified to be different from its original bit rate. So that the transmission distance will be extended.