Things You Should Know About White Box Switch Opearing System

What Is White Box Switch?

Unlike traditional switches, the hardware and software in white box switches are disaggregated. In recent years, white box switches have already become the first choice of cloud providers for their high performance, simplicity, free choice for users, fast innovation and low cost. Etc. 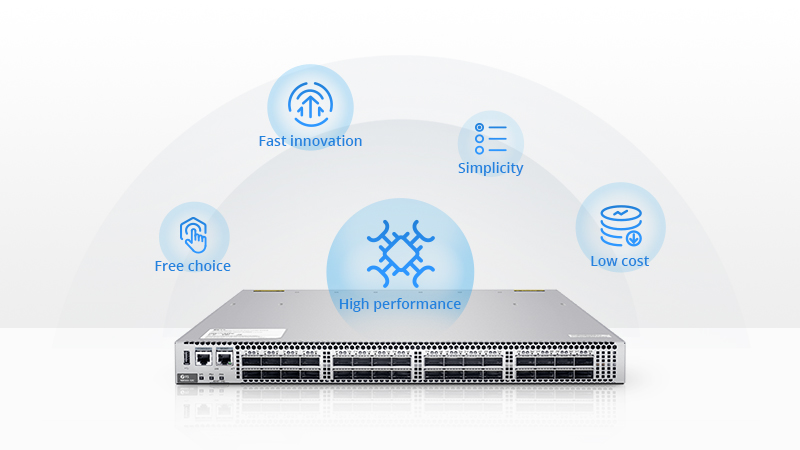 A white box switch operating system integrates all hardware while connecting software to manage the hardware and software of a switch. It can usually be pre-installed on switches or routers or be purchased separately, enabling organizations to customize the solutions. Different from NOS, the core functions of ONOS mainly include distributed core, northbound API, southbound API, and software modularization.

Development and Evolution of ONOS

To be clear, ONOS architecture is not that complete at the very beginning. In fact, it has undergone two major evolutions.

Due to the low cost and simplicity of white box switch operating system, more and more hyperscale cloud providers have adopted this system in their data centers. Besides, with the help of the ONOS, enterprise IT staff can easily handle network problems without too much underlying network knowledge. And rich technical support services are also provided by more cloud providers, which boosts the enterprises' requirements for ONOS.

As mentioned above, more and more large enterprises and cloud providers are opting for white box switches for data centers today. Below is a brief description of the major white box vendors in the market.

The providers of white box switch hardware mainly include Dell, Accton, Celestica, EdgeCore, Quanta, Foxconn, Asterfusion, etc. All of them use the same Broadcom chipsets.

In conclusion, with the development of NOS, white box switches can achieve much better performance at a relatively low price, which can bring many benefits for cloud providers. Therefore, more and more cloud vendors are moving from traditional switches to white box switches to better meet the needs of enterprises and data centers.

Howard
White Box Switch: Will It Be the Great Choice for Next Generation Network?
Jun 1, 2022
 1.9k
Knowledge