With the accelerated process of urbanization and the rapid development of the industry, growth in network service demand is leading to buried cable placement on a huge scale. And then, cable locating has been a significant aspect of protecting the cable network, and maintaining service and profitability. In order to avoid unnecessary loss in advance of undertaking excavation works, underground cable locator is developed to perform detecting the presence and approximate location of buried cables. 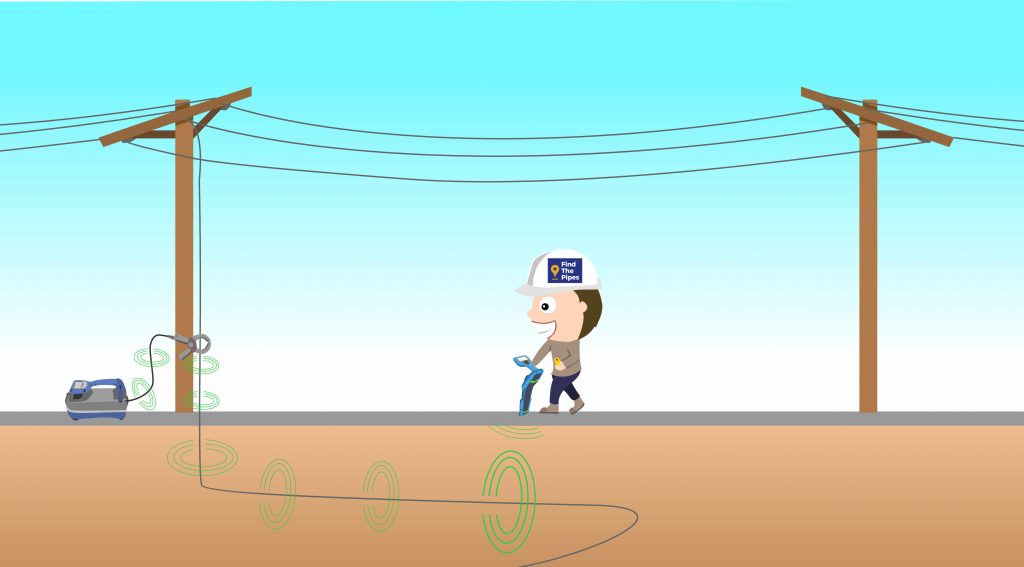 What Is Underground Cable Locator?

The NF-816 underground wire locator is designed to locate the path of non-energized wires behind wall and underground. It is also capable of locating a specific circuit breaker, pinpointing wires before drilling and verifying dig sites underground. The effective range is up to 3 feet deep and up to 1000 feet in length. The transmitter is mainly equipped with a thumb wheel switch, transmitter switch and alligator clip leads. When this cable locator is used for testing, the transmitter switch should be pushed to “Cable Scan”. The alligator clip leads are available to connect the transmitter to electrical wire, CATV coax, telephone drops, irrigation control wires or metallic pipes. The receiver is also equipped with thumb wheel switch, and its tracking antenna is attached to the receiver with a 3-foot long cable. 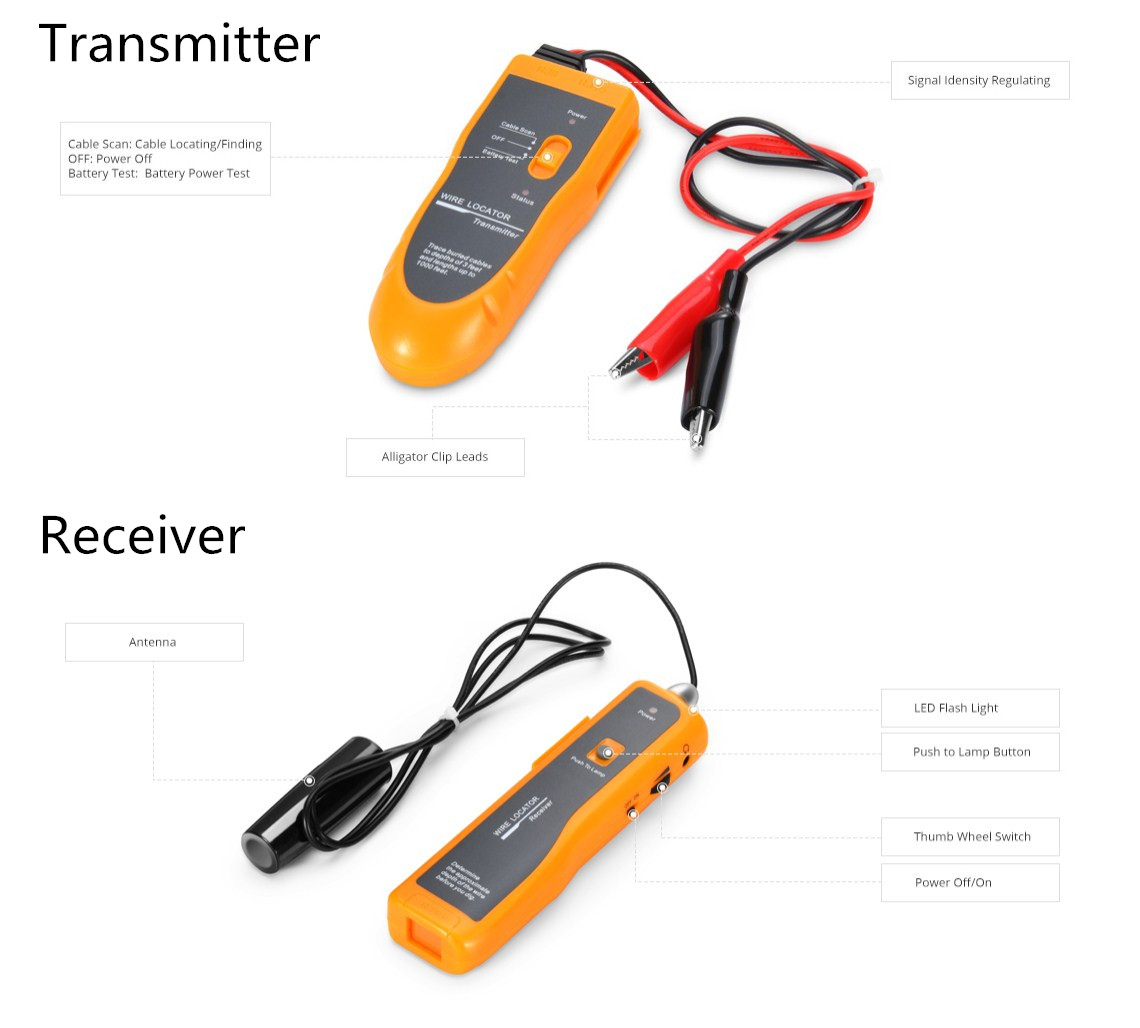 How to Use NF-816 Underground Cable Locator?

2. Attach one alligator clip of transmitter to the cable, and the other to an independent grounded earth with a grounding stake or screwdriver or one conductor with grounded earth of non-shield drop wire.

3. Swing the receiver antenna close to the ground and approximately 10-15 feet away from the transmitter location. (The tone will be heard on either side of the path with a null directly over the path. )

4. Proceed along the path following the null direction to adjust the transmitter and receiver to achieve further distances.

5. Once the path has been determined, mark the ground at a null point along the path.

6. Hold the receiver antenna at a 45-degree angle to the ground and move at a right angle away from the path of the wire until another null is found. Mark this point. 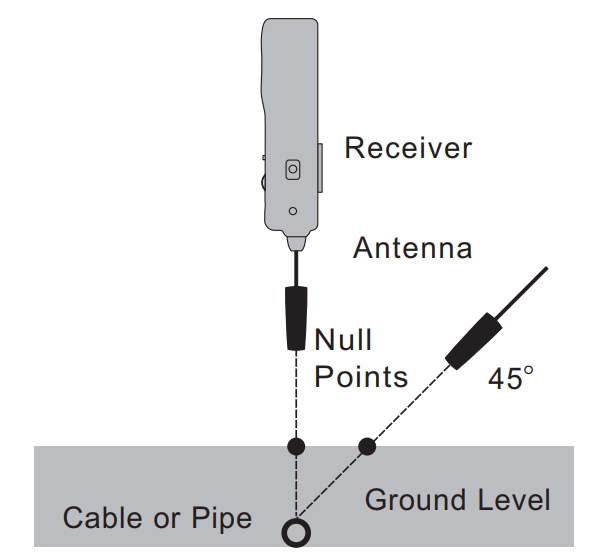 7. Measuring the depth. The distance is the approximate depth of the wire.

There is a constant demand for accurate locating in support of emergencies, road construction, and facilities installation and repair. Thus, NF-816 underground cable locator plays a paramount important function in telecommunication industry. FS.com is available in this NF-816 underground cable locator, which is very easy to use and can rapidly find the target wire from among plenty of network wires. FS.com can also provide various types of fiber testers from basic to advanced. Any demand, feel free to connect us over sales@fs.com.