How to Use 25G Switch for Switch-to-Server Connection

As the demand for high bandwidth is soaring, 10GbE has met its bottleneck in switch-to-server connections. And 25G Ethernet is the new standard offering significant density, cost and power benefits for server to switch links. This makes 25G switch very popular in recent years. This post will discuss how to use 25G Ethernet switch with 100G uplinks to deploy switch-to-server links. 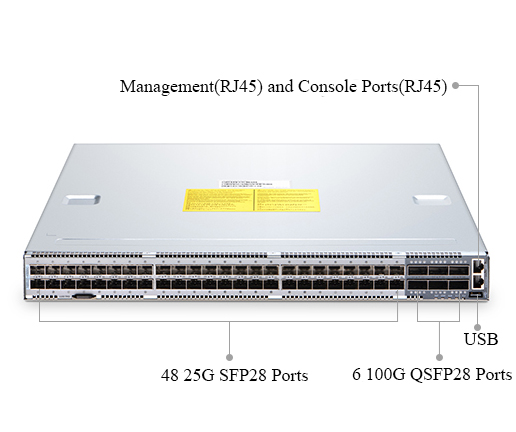 25G Ethernet has broad market potential in the server interconnect applications. This part will explain the advantages of using 25G Ethernet switch for switch-to-server connections.

Cost-Effective for Moving to 100G

Although the Ethernet speed upgrade path of data center is defined as 10G→40G→100G, the latest upgrade path for server connections will be 10G→25G→100G. This is because upgrading from 10GbE to 25GbE offers both CapEx and OpEx savings for backward compatibility. Further more, 25GbE provides a simpler path to future Ethernet speeds of 50 Gbps, 100 Gbps and beyond.

Now, there are various 25G Ethernet switches from different suppliers in the market, the following table lists some 25GbE switches with 100G uplinks, and compare their features and prices:

How to use 25G Switch to Build Switch-to-Server Connection

When use 25G Ethernet switch for switch-to-server connection, ToR switching architecture are often applied. And the 25G switch is deployed as ToR switch which supports 25GbE to servers with 100 GbE uplinks.

Generally, SFP28 DAC cables are used as the low-cost copper server connections for 25G ToR switches. And the reach of these DAC cables is expected to be nearly the same as traditional passive DAC cables or about five meters. 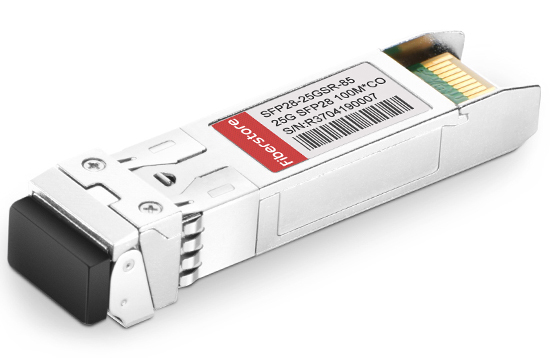 25GBASE-T transceiver is another alternative to 3-5m 25G copper cable for longer switch-to-server links. It provides a cost-effective solution for 25G ToR switch connecting to the servers.

The storage space is really starting to need speed now, so 25G switch for switch-to-server connection will be inevitable in the future. Furthermore, 25 GbE also provides more efficient use of hardware and a more logical upgrade path to 100G network.