Recent years, we have witnessed a very rapid growth of fiber optic communication. Fiber, with its benefits, is also used in Video transmission, especially digital video transmission. With the increasing demands on multimedia service, people often need to transmit multiple video image signals and multiple data signals in the meantime. But in the uncompressed video transmission system, it is not easy to complete the simultaneous transmission of multiple video and data signals. The advent of video optical media converter has broken this barrier. Furthermore, current video transmission technology has overcome the challenge of distortion over fiber optic transmission. Some interface technologies, including HDMI (High-Definition Multimedia Interface), VGA (Video Graphics Array), SDI (Serial Digital Interface) and other high quality video interface are now widely used in video transmission system. This tutorial aims to introduce the classification of video optical converter according to its interface.

Video optical converter, is the general name of video transmission device. You may find that it is also called video multiplexer or video extender by some vendors. In most cases, video extender refers to the video converter which is with a high-quality interface, e.g. HDMI video extender. While multiplexer, as its name suggests, it is usually a multi-channel and multiple media video converter, e.g. 4-channel V/A/D (Video/Audio/Data) fiber multiplexer. Generally, video optical converter is used by pairs, a transmitter and a receiver. Their role is to achieve the photoelectric conversion. In addition, to achieve more services within one fiber optic link, it is possible to multiplex multiple video channels and even additional audio, data and other signalling types to a digital stream that can maintain a full quality of each service embedded. This multiplexing process is generally achieved through TDM (Time Division Multiplexing) technology. Moreover, optical multiplexing can be taken into much higher optical link densities by adopting more optical spectrum in use. For instance, in CCTV system, the most typical technology for this purpose has been the CWDM (Coarse Wavelength Division Multiplexing) technology which allows to establish several optical layers into a single fiber.


The BNC (Bayonet Neill–Concelman) connector is a miniature quick connect/disconnect RF (radio frequency) connector used for coaxial cable. BNC connectors are made to match the characteristic impedance of cable at either 50 ohms or 75 ohms. They are usually applied for frequencies below 4 GHz and voltages below 500 volts. BNC connectors are used with miniature-to-subminiature coaxial cable in radio, television, and other radio-frequency electronic equipment, test instruments, and video signals. Nowadays, many composite video devices are still designed with the BNC interface. Because BNC connector costs lower than other video connectors and is widely used for composite video on commercial video devices, e.g. video optical converter, or also called coxa to fiber converter or video multiplexer.


VGA, is also called D-Sub. It is a three-row 15-pin DE-15 connector. This type of connector is found on many video cards, computer monitors, and high definition television sets. VGA connectors and cables carry analog component RGBHV (red, green, blue, horizontal sync, vertical sync) video signals, and VESA Display Data Channel (VESA DDC) data. Though VGA analog interface is used for high definition video, including resolutions of 1080p and highe, the transmission bandwidth of VGA is high enough to support even higher resolution playback, there can be picture quality degradation depending on cable quality and length. Thus, when using device with VGA interface, the link distance should be less than 10 m. 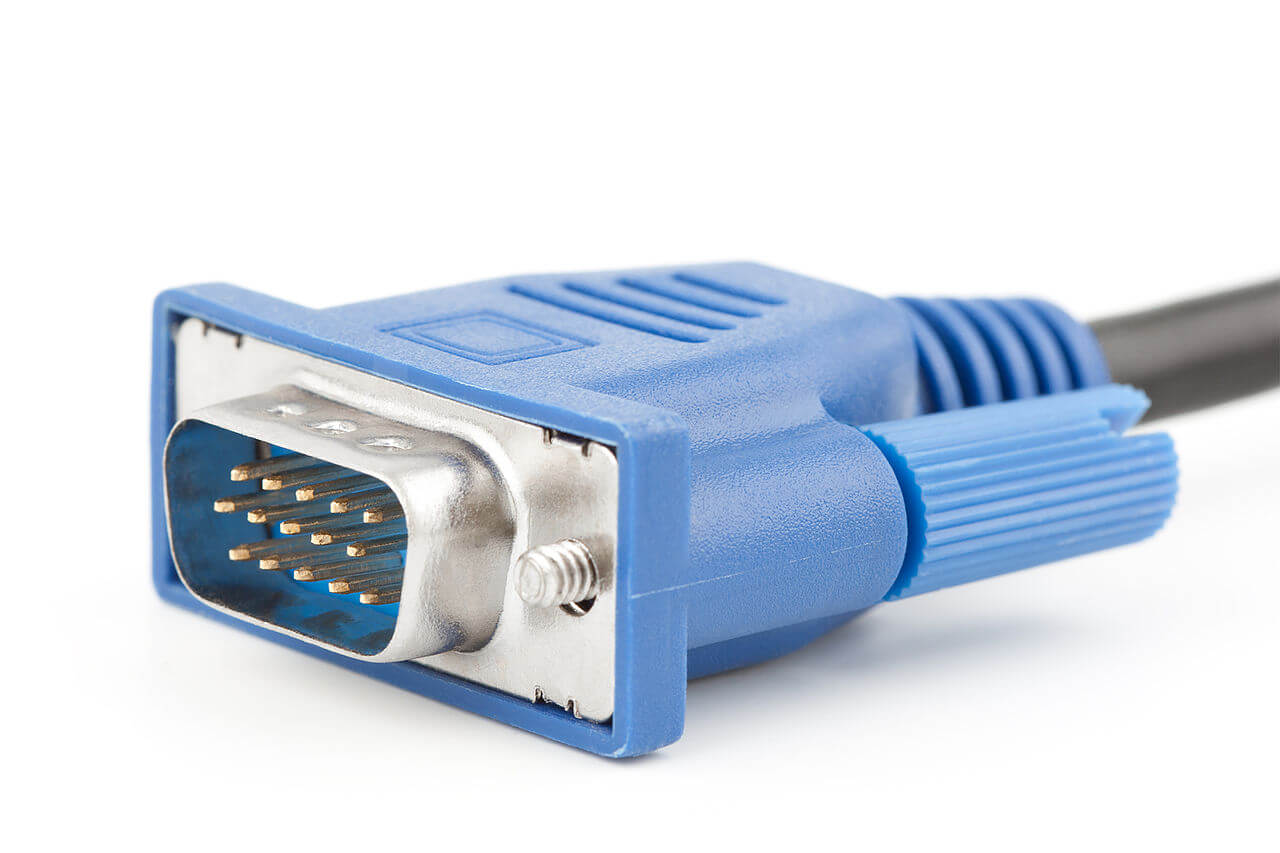 
Digital Visual Interface (DVI) is a video display interface developed by the Digital Display Working Group (DDWG) which is used to connect a video source, such as a display controller to a display device, or a computer monitor. Unlike VGA interface, DVI is digital, so no conversion is necessary before sending the signal to the monitor. But featuring support for analog connections, the DVI specification is compatible with the VGA interface. The interface is designed to transmit uncompressed digital video and can be configured to support multiple modes such as DVI-D (digital only), DVI-A (analog only), or DVI-I (digital and analog). Like VGA, DVI is also widely used in computer monitors and video transmission device. 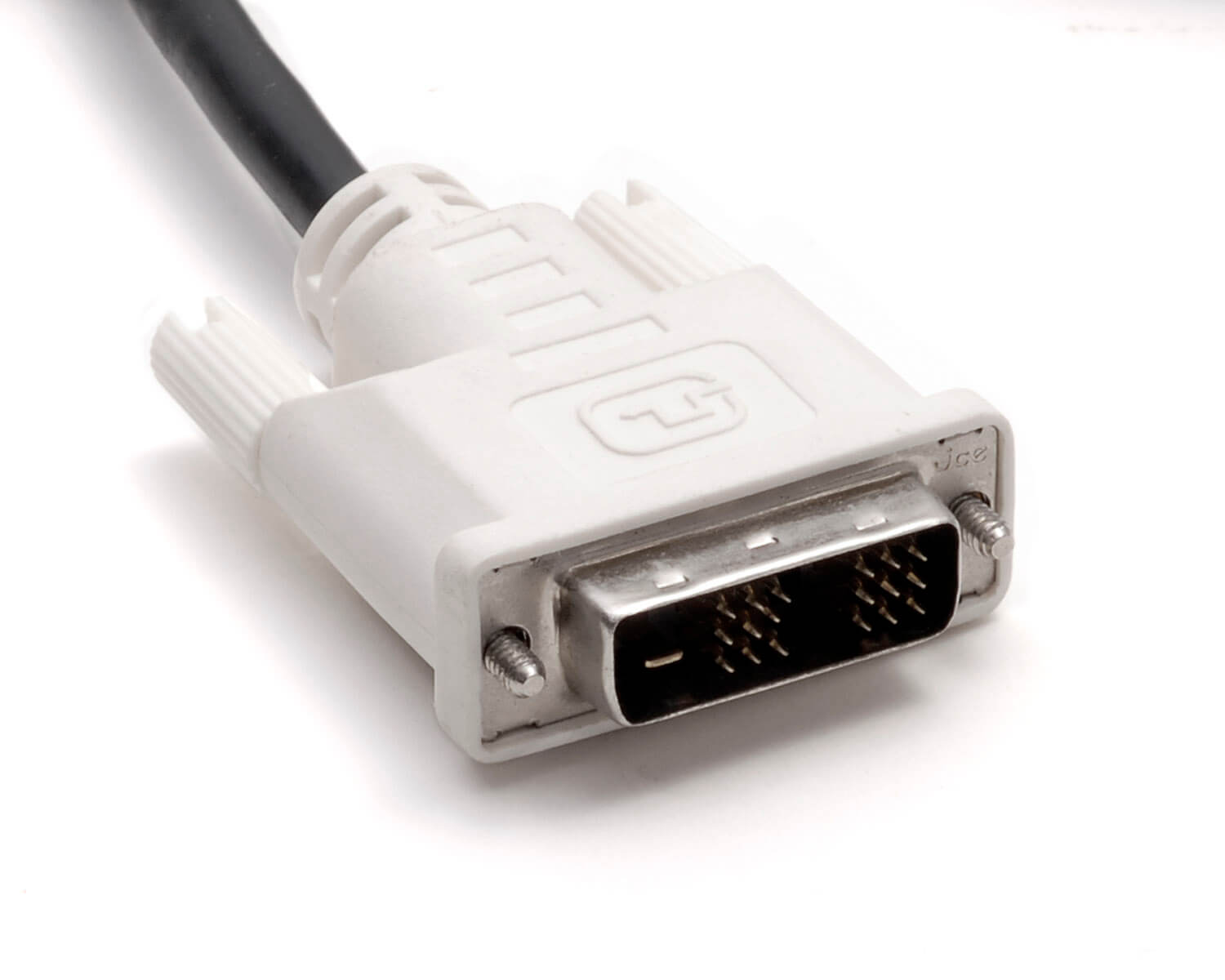 
HDMI is also a type of high-definition interface of video transmission. One huge difference between HDMI and other interfaces mentioned above is that HDMI will carry and transmit both Video and Audio while the others just can carry video. HDMI is a digital replacement for analog video standards. It is usually used for transferring uncompressed video data and compressed or uncompressed digital audio data from an HDMI-compliant source device, such as a display controller, to a compatible computer monitor, video projector, digital television, or digital audio device. HDMI technology is the global standard for connecting high-definition equipment. And to a certain extent, HDMI device is more expensive than other interface devices. 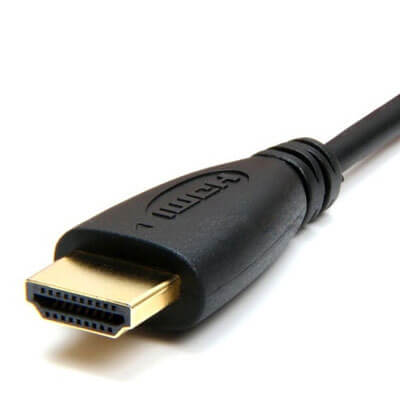 
SDI is also a type of digital video interfaces which was first standardized by SMPTE (The Society of Motion Picture and Television Engineers) in 1989. A related standard, known as high-definition serial digital interface (HD-SDI), is standardized in SMPTE 292M; this provides a nominal data rate of 1.485 Gbit/s. HD-SDI is widely used in video optical converter. It is used for transmission of uncompressed, unencrypted digital video signals (optionally including embedded audio and time code) within television facilities; they can also be used for packetized data. 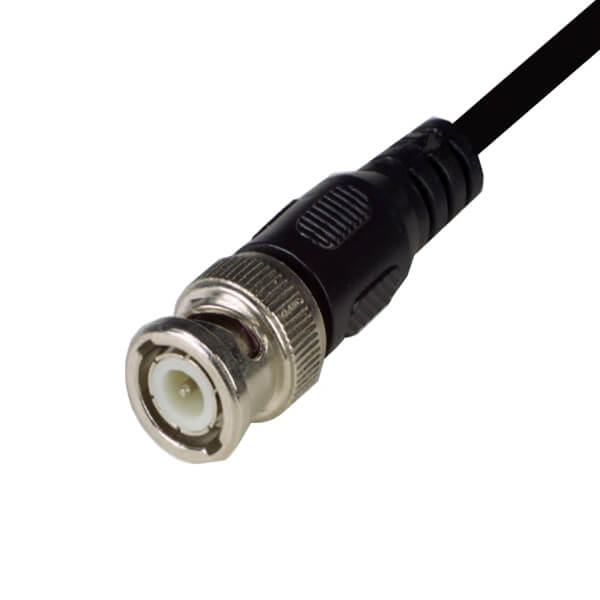 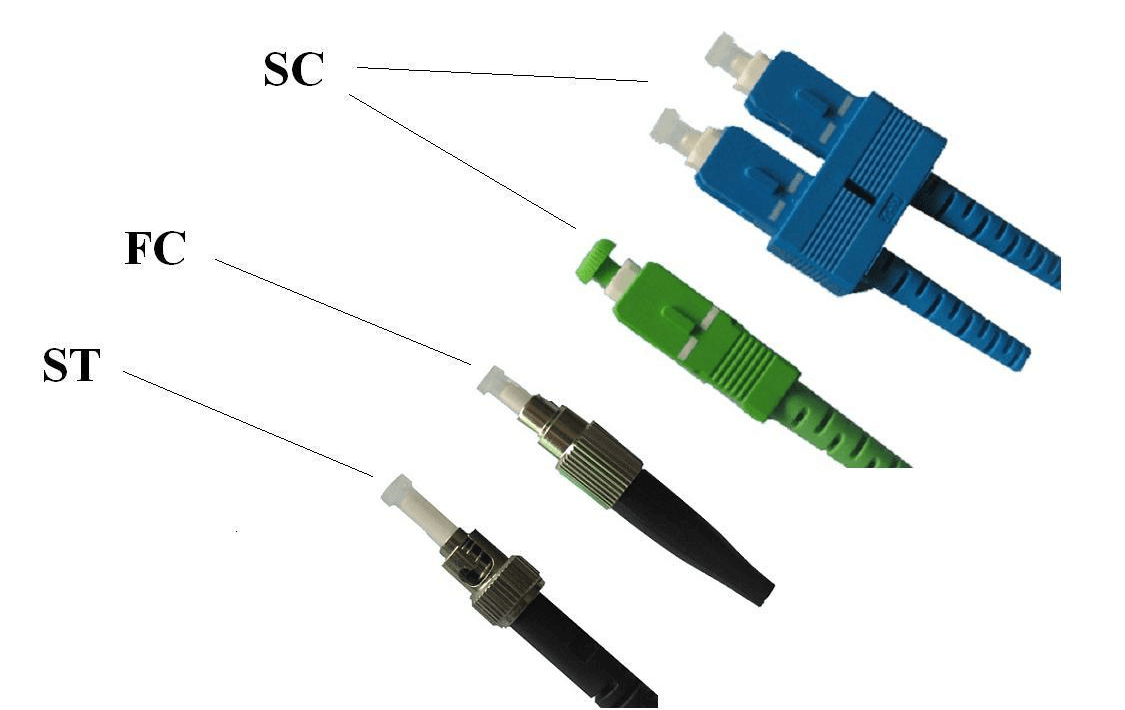 Video optical converter is used to transmit Video, Audio signal and Data over fiber. It supports Point-to-Point or Daisy-Chain connection for long-haul video transmission. For example, video multiplexers are typically used in applications where the cameras have PTZ (pan–tilt–zoom) capabilities. 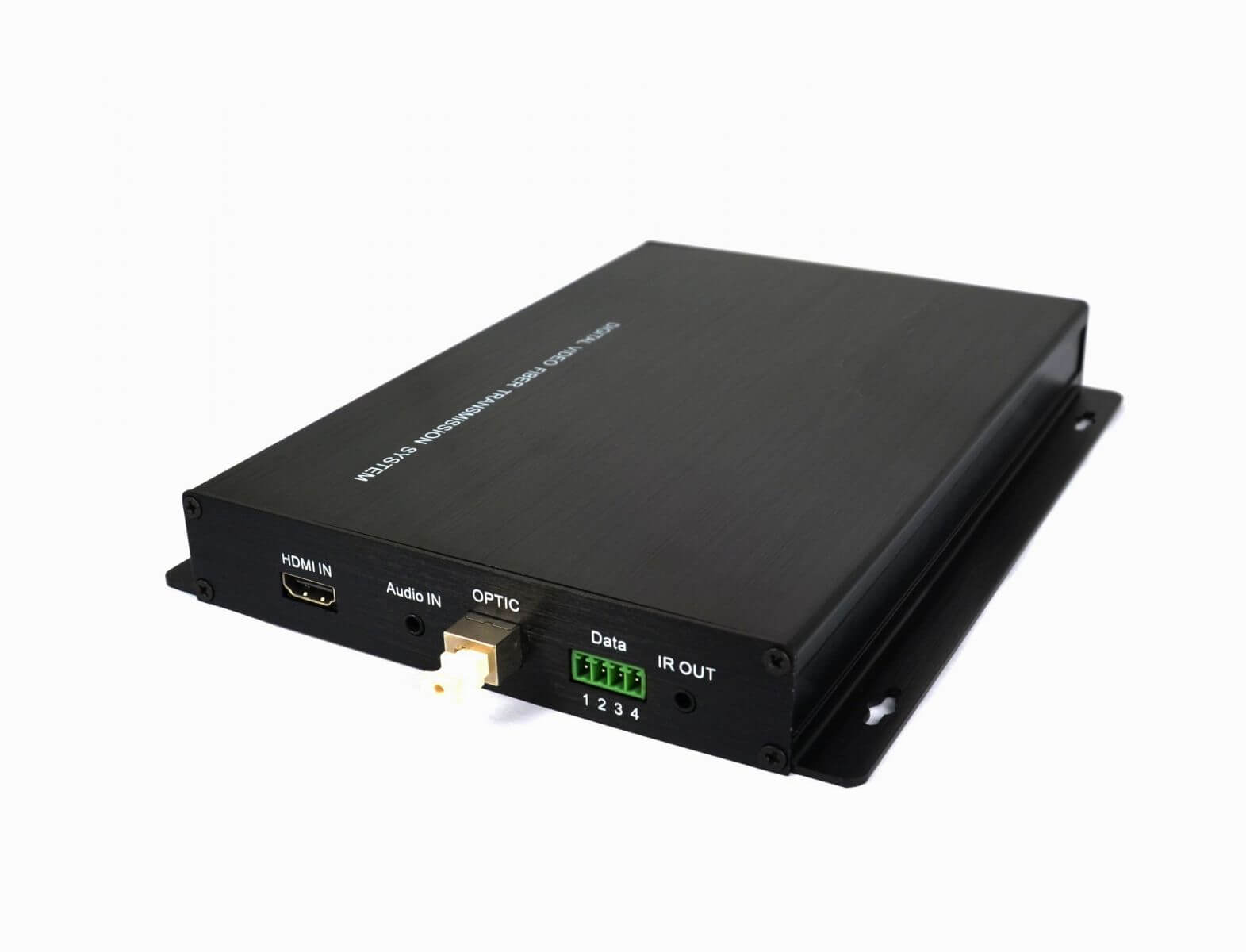