VPN vs MPLS: What’s the Difference?

Nowadays, VPN and MPLS are two competing technologies to keep data stored and secure efficiently. But what exactly are they and how do they differ from each other? This post will give a detailed introduction to the difference between VPN and MPLS, and set out how to make a proper decision over VPN vs MPLS.

VPN vs MPLS: What Is VPN?

VPN, also known as Virtual Private Network, is basically a virtual network within a physical network. It is generally deployed to be high security network tunnel through which data travels in a strongly encrypted form. Thus, any data travelling over a VPN is not visible to the physical network surrounding it. VPN can be created through a various type of encryption, such as IPsec, SSL and TSL. Among them, IPsec is the most widely used. 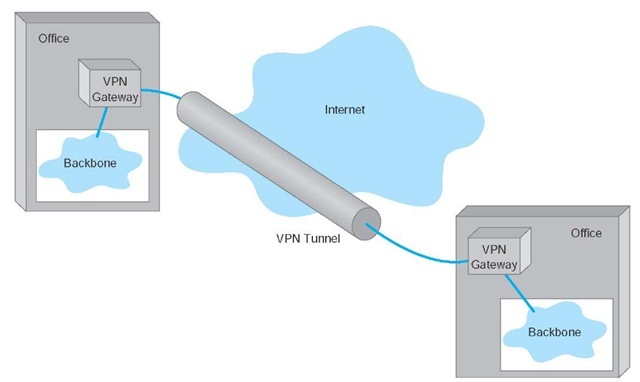 VPN vs MPLS: What Is MPLS?

MPLS is short for Multi-Protocol Label Switching, which is a protocol that uses labels to route packets instead of using IP addresses. It is a technology directs and carries data between network nodes, which means it’s possible to create direct virtual links between different nodes regardless of locations and distances. Unlike VPN, MPLS is a mechanism independent of protocol and data, therefore it can work regardless as to the physical network topology. Due to this flexibility, many suppliers have developed their network switches suited for MPLS platform. For example, FS S5800-48F4S 10GbE switch enables LSR in an MPLS network to exchange label binding information for supporting hop-by-hop forwarding. For more information on this switch, please read FS S5800-48F4S MPLS Switch: the Best Mix of Layer 2 and Layer 3

VPN vs MPLS: What’s the Difference?

VPN and MPLS differ from each other not only in the above mentioned aspects but also at cost, performance, application, etc. To be clear here lists the difference between VPN and MPLS in the following chart:

Is MPLS more secure than VPN?

Actually, VPN can provide a higher degree of security and privacy than MPLS does.

Is MPLS Faster Than VPN?

In fact, there is no precise answer to this question. Whether MPLS is faster than VPN depends on the specific settings of networks.

Traditionally, MPLS do enjoy faster speed when it comes to internet connection, because it doesn't use traffic encryption, which is pretty time-saving. Besides, since MPLS uses labels to route packets instead of using IP addresses, it can improve connection speeds to some extent. What's more, being smaller and more inclusive, MPLS can also achieve faster data connection than VPN.

By contrast, VPN will slightly slow down the speed of internet connection, since data has to be encrypted and routed through a virtual server, which is time-consuming. However, VPN can also speed up traffic. For example, using VPN can help users to hide their online activity from the internet service providers (ISPs), thus bypassing traffic throttling.

VPN vs MPLS: Which One to Choose?

VPN and MPLS each has its own pros and cons. So you’d better do a cost–benefit analysis to help you decide before deploying VPN or MPLS network. In fact, choosing VPN or MPLS depends on your business requirements, which can come down to such factors as cost, security, availability, QoS, speed , etc. For example, If your company is running critical, real-time applications across the network (such as voice, video or remote desktop), MPLS is a perfect solution. While VPN is suitable for those who want to save cost and has low request for QoS, speed, etc.