What Is a Gigabit Switch?

What Is a Gigabit Switch?

Gigabit Ethernet (1000 Mbps), the evolution of the fast Ethernet (100 Mbps), is one of the cost-effective networks for various home networks and small businesses to achieve stable network connectivity up to a few meters. 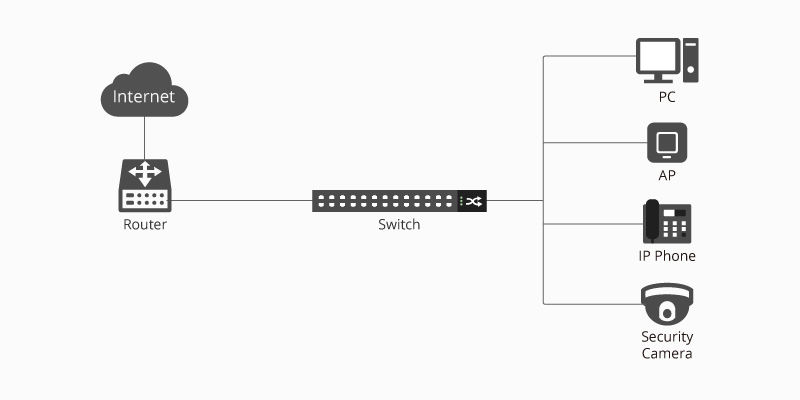 How Does a Gigabit Switch Work?

In contrast, the modular switch allows users to add expansion modules as needed into the Gigabit Ethernet switches. For example, the modules that support security, wireless connectivity and more can be added.

Designed to be plug and play with no configuration needed, these unmanaged Gigabit switches are typically representative of home networks and small businesses.

A standalone Gigabit switch is managed and configured with a set capacity. The standalone switches need to be configured individually, and troubleshooting also needs to be handled on an individual basis.

One great advantage of stackable Gigabit switches is increasing capacity and network availability. And stackable switch allows for multiple switches to be configured as though they were one entity. In case of any part of the stack fails, these stackable switches will automatically reroute around the failure without affecting the data transmission.

How to install a Gigabit network switch?

First, you can connect one end of the Ethernet cable to the outgoing port of the modem or router.

Second, it's time to connect the other end of the Ethernet cable to the port of your Gigabit Ethernet switch.

Last, plug the other end of the Ethernet cable into your device.

Will a Gigabit network switch make your Internet faster?

Internet speed is generally governed by the speed of the connections to the ISP. So if you only buy a 100 Mbps connection, you will only get at most 100 Mbps even if your Gigabit supports 1000 Mbps.