What Is Data Center Architecture?

What Is Data Center Architecture?

A data center is a physical facility that supports an enterprise's computing activities, which realizes centralized processing, storage, transmission, exchange, and management of information. Data center architecture, as an architectural design that establishes connections between switches and servers, is typically created during the data center design and construction phases. Besides, it designates the way that the server, storage networking, racks, and other data center resources will be placed and also addresses the interconnection of these devices.

The mesh network architecture, a kind of data center architecture, usually regarded as the network fabric, describes the network topology in which components pass data to each other through interconnecting switches. With predictable capacity and lower latency, it can support common cloud services. Besides, because of its distributed network designs, the mesh network can easily realize any connection and be more cost-effective in terms of network deployment. 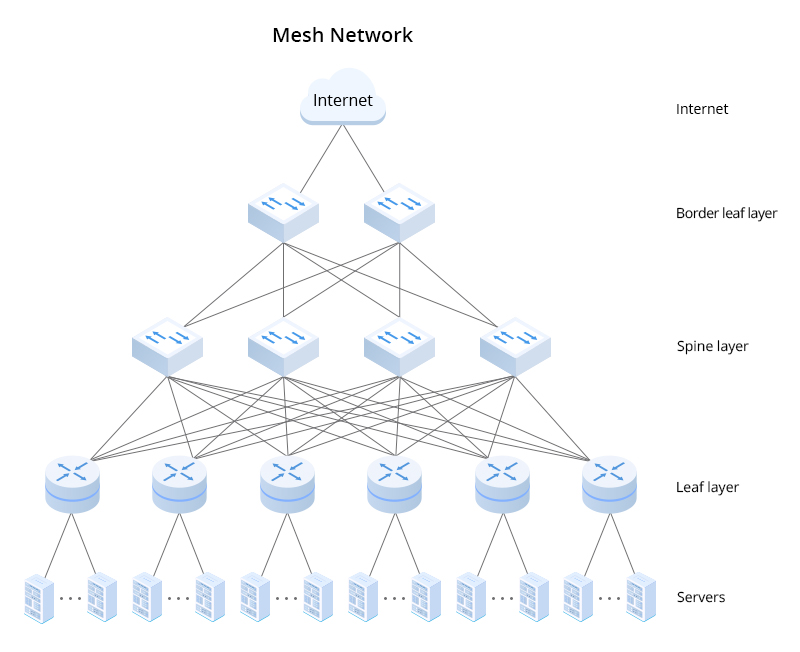 The mesh point of delivery (PoD) architecture contains multiple leaf switches interconnected within the PoDs. It is a repeatable design pattern and its components maximize the modularity, scalability, and manageability of data centers. Besides, this architecture can realize the efficient connection between multiple PoDs and a super-spine tier. Therefore, data center managers can add new data center architecture to their existing three-tier topology easily for the low-latency data flow of new cloud applications. 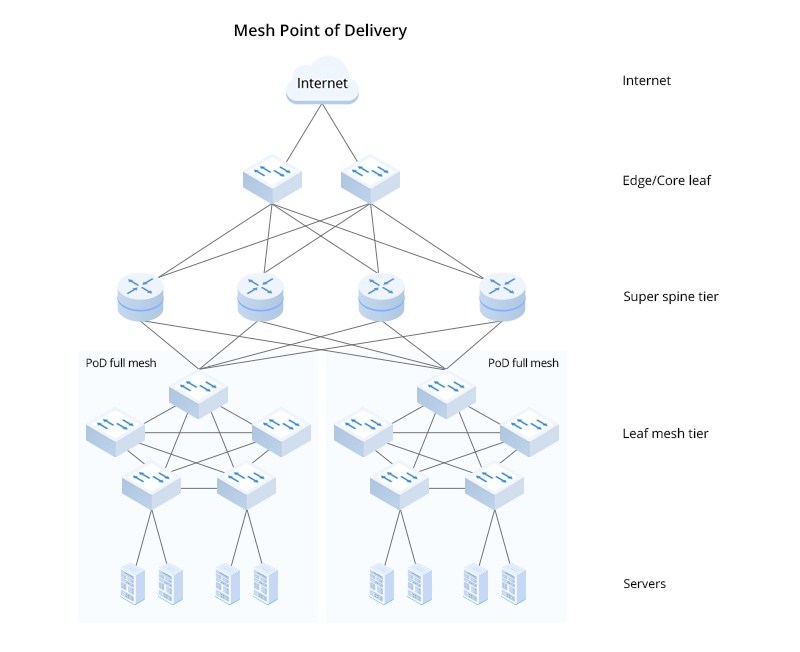 Just as its name shows, super spine architecture is suitable for large-scale or campus-style data centers. This type of data center architecture services huge amounts of data passing from east to west through data halls. 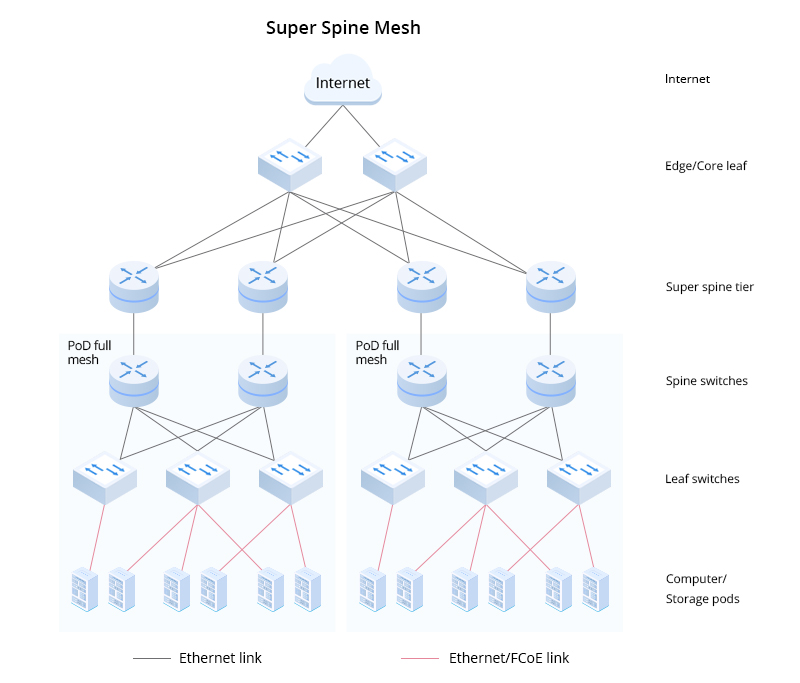 The data center has plenty of functions and supports different types of services, such as data computing, storage, processing, etc, resulting in a variety of data center architecture.

Data Center Network (DCN) is an arrangement of network devices that interconnect all data center resources together, which has always been a key research area for Internet companies and large cloud computing companies. Therefore, data center network architecture plays a vital role in data center architecture.

It usually consists of switches and routers in a two- or three-level hierarchy. For example, three-tier DCN, fat tree DCN, DCell, and other types. Besides, the scale, scalability, robustness, and reliability of the data center network architecture have always been the focus of attention.

Data center security refers to the physical practices and virtual technologies for protecting data centers from threats, attacks, and unauthorized access. Lack of efficient data center security protections may result in data breaches, where a company's information may get attacked by hackers.

In the data center computing model, computer resources can be moved to the edge where the data resides, thus reducing the latency and bandwidth issues in transmission.

Data center computing architecture is one of the most important parts of data center architecture, which plays a huge role in the high-efficient use of resources, reducing capital expenditure (CAPEX) costs, and rapid deployment and scalability.