What Kinds of Testing Are Needed for Transceivers?

With the popularity of fiber optical networks and the increasing development of optical communication technology, the requirements for the quality of optical modules are becoming more and more strict. Generally, optical modules will undergo rigorous testing to ensure quality and performance before shipment. So, what kinds of testing are needed for transceivers? Finding the answers in this article.

After the assembly of the optical module is completed, a number of parameter tests are needed to test the signals at the transmitting end (TX) and receiving ends (RX). Only when the parameters like average output optical power, extinction ratio, optical modulation amplitude (OMA), bit error rate (BER) tests, etc. are compliant to the MSA standard, the performance and the quality of modules can be justified. 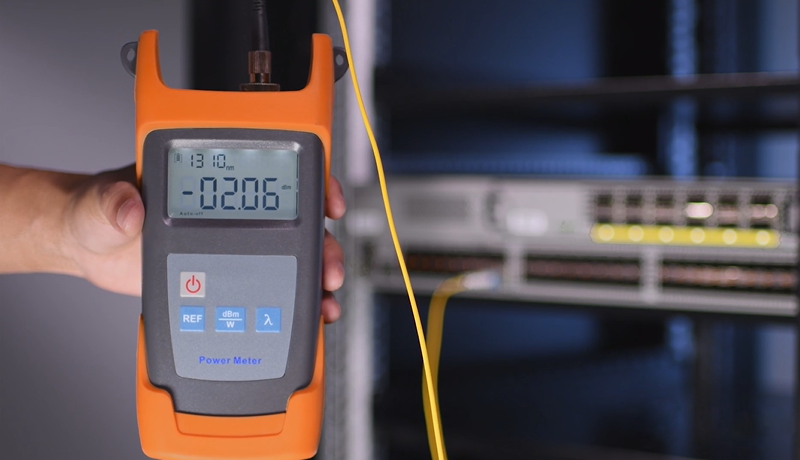 Extinction ratio refers to the ratio of the optical power at the high level and low level of the laser output. The test detects whether the laser is operating within the optimal bias point and optimal modulation efficiency.

The optical modulation amplitude (OMA) is used for measuring the difference between two optical power levels generated by the power source, let's say, P1 (when the light source is on) and P0 (when the light source is off). With OMA，it is possible to use a low or high extinction ratio, provided that eye safety is okay at the transmitter and does not overload the receiver. 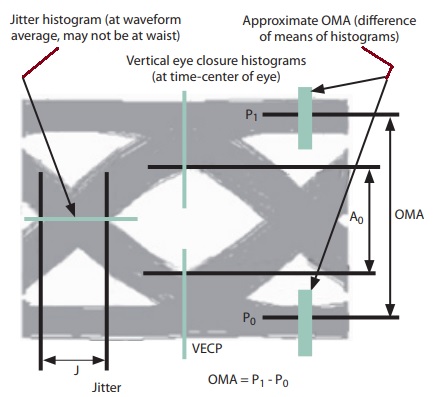 Figure 3: OMA in a stressed eye diagram of an optical signal.

The bit error rate (BER) is one of the parameters in characterizing the performance of data channels. It is used to measure the number of bit errors that occur in a given number of bit transmissions and it is an indication of how often a packet or other data unit has to be retransmitted because of an error. If the BER is higher than expected, it means that a slower data rate will occur and the transmission time will be extended. In order to keep the stability and reliability of the transmission, the fiber optic transceiver must go through the BER test to keep the quality. 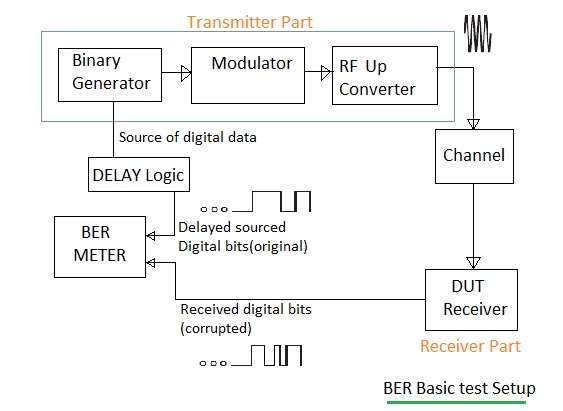 In order to ensure the signal quality of the transceiver, the eye pattern test is very essential. The eye pattern is formed by superimposing and accumulating all captured waveforms according to the three bits of the oscilloscope's persistence function. The digital signal quality of the optical module can be seen from the eye pattern test results. The performance of the optical module is judged by carefully observing the eye height, eye width, jitter, and duty cycle of the eye diagram. The larger the eye, the smaller the crosstalk between codes, which means the optical transceiver will have better performance. 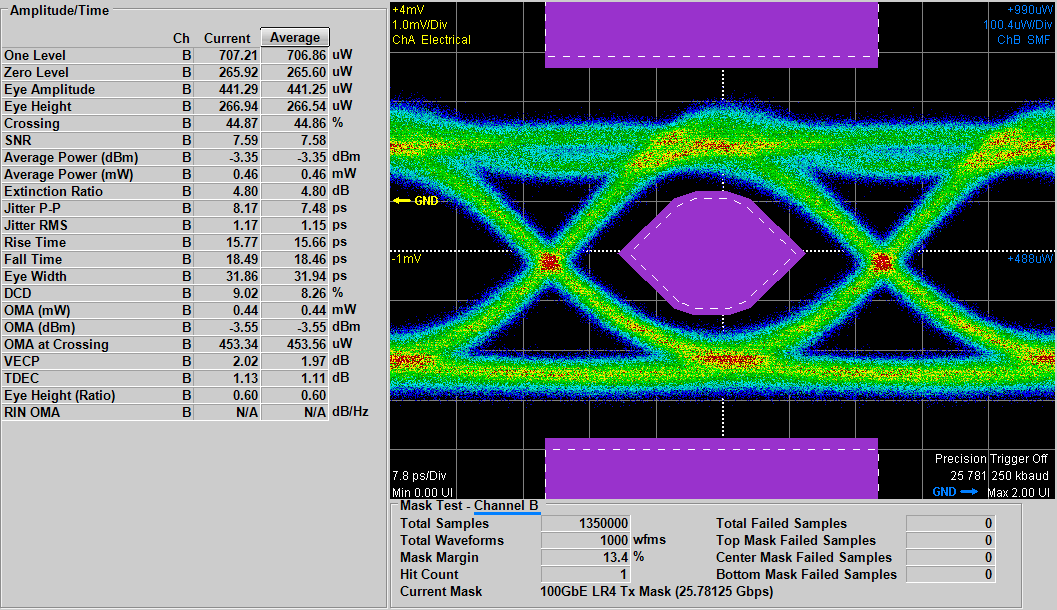 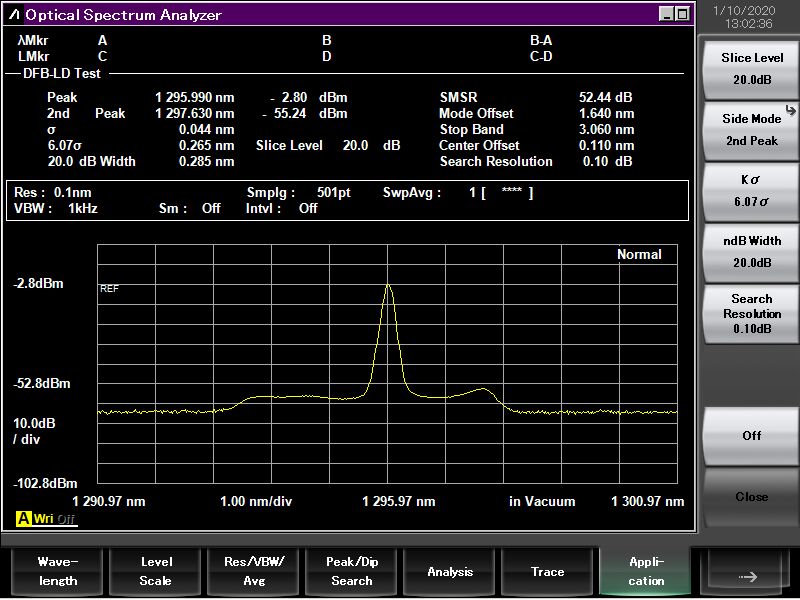 Other Important Inspection for Optical Transceiver

Manufacturers generally use optical aging boxes to simulate the extreme working conditions of the optical module and check whether the performance of the module is compliant with the standard. After the aging test is completed, the transmitter and receiver need to be tested to check whether the optical power, extinction ratio, and sensitivity parameters meet the requirements.

It is mainly used for testing the compatibility of the fiber optic modules. The optical transceiver is inserted into various corresponding brand switches to test whether the module can work well on the switches. The compatibility test can help you avoid pitfalls, and assist you to ensure and verify that all those third-party components meet the system-level requirements.

After passing through each test, the module must be inspected on the microscope to check if there are dirt and scratches. The transceiver is easily contaminated when the module is plugged into or removed from the network devices frequently. Therefore, the end-face inspection is needed before shipment to ensure that the module is clean.