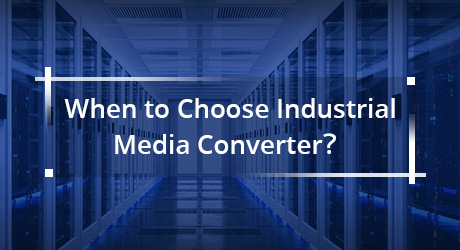 When Should I Choose Industrial Media Converter?

Industrial vs Commercial Media Converters: What Are the Differences?

When to Choose Industrial Media Converter in Network?

In some factories or manufacturing areas, several equipments need to be interconnected together. This would produce EMI and RFI that have adverse effects on data transmission across copper-based cabling. In this case, fiber optic cabling is required to eliminate any effect of EMI and RFI on data transmission. The following figure shows the industrial media converters in manufacturing with a point-to-point structure. The media converters are used to enable legacy devices with copper interfaces to connect to optical interfaces for distance extension. The point-to-point architectures feature direct links from the point system chassis to elements on the factory floor. 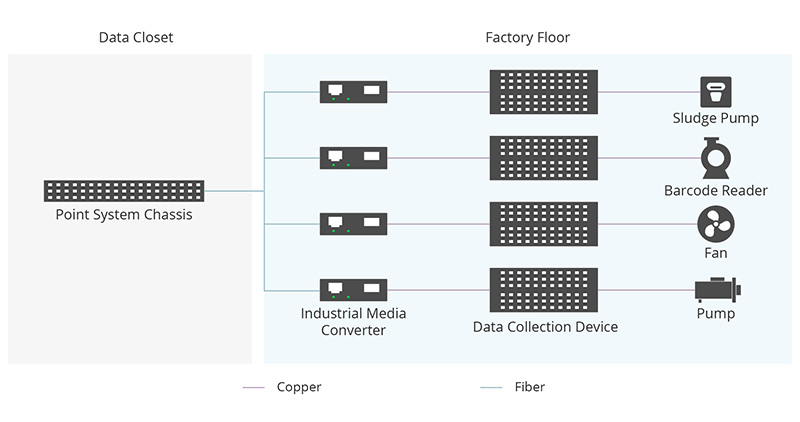 Wastewater treatment is necessary for environmental protection to prevent emitting hazardous substances. In such a wastewater environment, the industrial media converters can offer greater control over remote sites. There are legacy PLC (Programmable Logic Controller) stations located at the processing building, maintenance building and a main plant in the following picture. The PLCs have serial interfaces and are connected to a main controller within each building. And the industrial media converters are connected with PLCs to get a centralized control of the wastewater treatment project. This implementation enables the wastewater treatment plant to incorporate their existing equipment, while reducing costs and allowing for future growth. 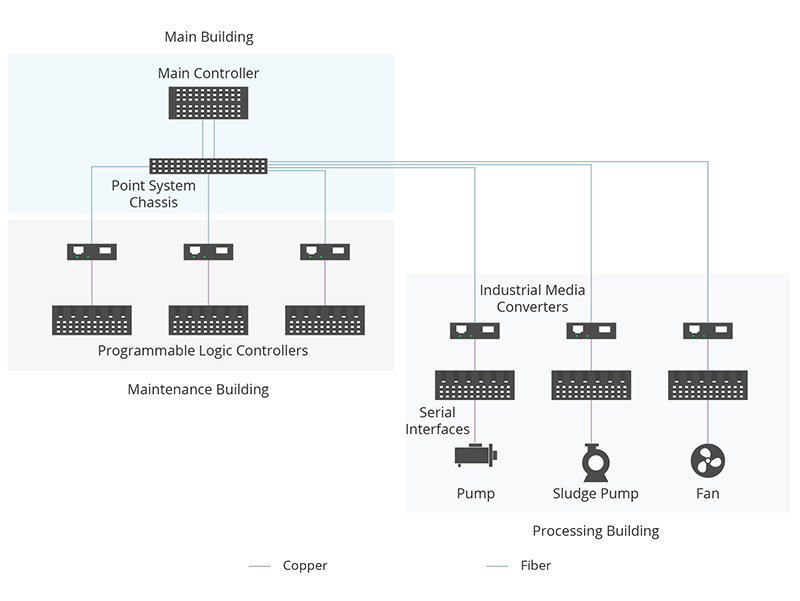 Outdoor applications are primarily concerned with temperatures, as elements such as moisture, dirt, and debris are minimized with the use of equipment enclosures. Industrial media converters support a wide operating temperature and come with alloy shells, which are suitable for outdoor networks, such as traffic control, weather tracking and so on. We can see from the figure below, the traffic control systems use coaxial or serial interfaces for the interconnection of outdoor traffic data devices and control center. The video codec in this application converts the analog video signal into an Ethernet signal. Then industrial media converters achieve the copper-to-fiber conversion, a managed industrial media converter chassis located in the data closet at the control center accepts the fiber signal, converts it, and connects to the copper switch at the main site. 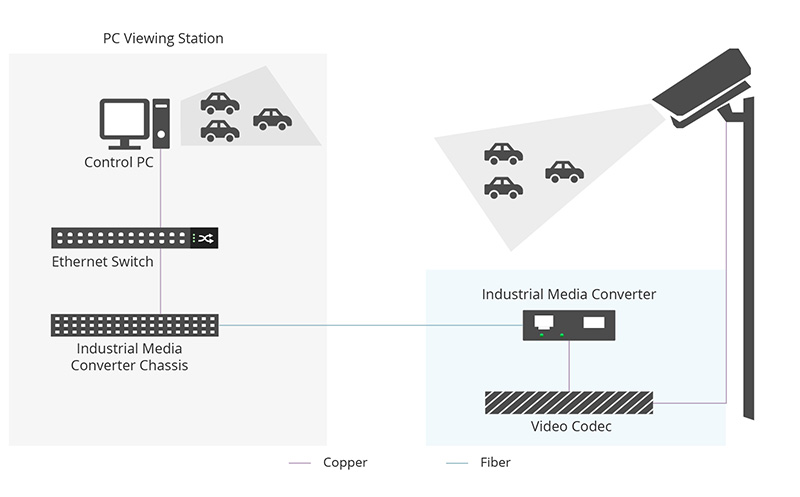 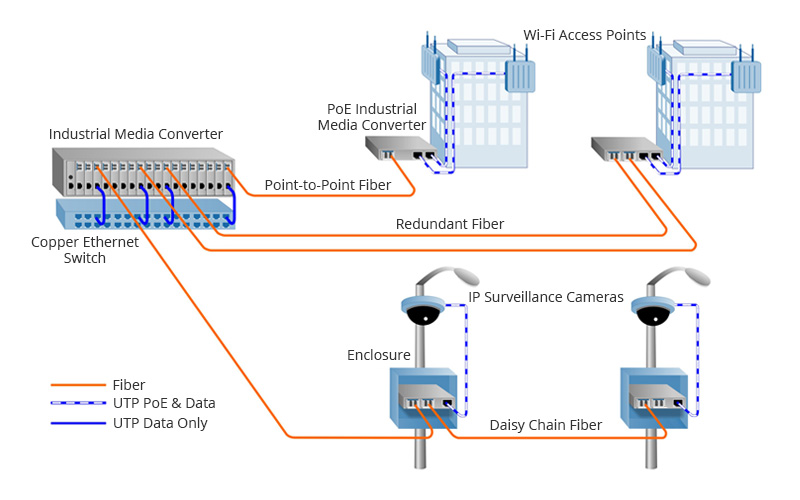