Why Should You Use Cumulus Linux OS?

With technology development, network managers meet some new challenges, such as how to make networks simpler, more affordable and faster to deploy? And compared to traditional data center network which is locked and proprietary, there is a trend to change to modern data center which is open to choice of application, operating system and hardware. How to fulfill the purpose? Cumulus Linux is designed to provide an open platform for innovation. With Cumulus Linux, your network will be faster, easier and affordable.

What Is Cumulus Linux?

Cumulus Linux is a powerful open network operating system which allows you to automate, customize and scale using web-scale principles like the world’s largest data centers. The code used to create Linux is free and available to the public to view, edit and for users with the appropriate skill to contribute to. This open approach enables choice with the best hardware, software, application, network architectures and no vendor lock-in. Cumulus Linux is the only solution that allows you to affordably build and efficiently operate your network like the world’s largest data center operators, unlocking vertical network stacks. 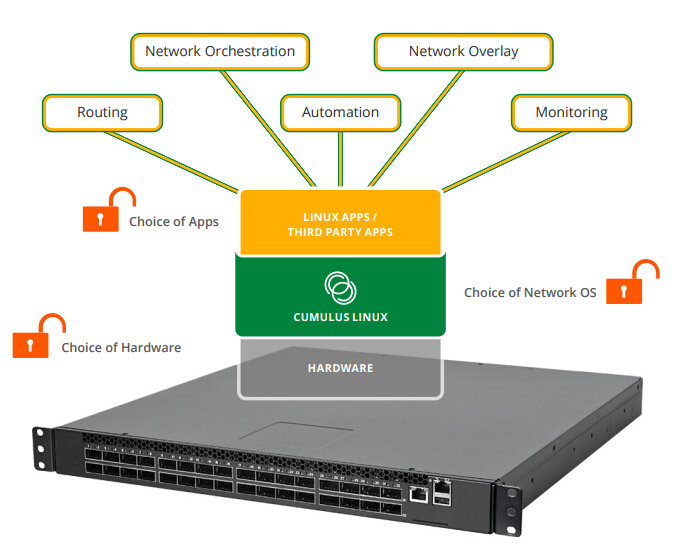 Built for automation, scalability and flexibility, Cumulus Linux is the world’s most flexible open network operating system for bare metal switches which allows you to build a data center network that ideally suits your business needs. The key functionalities of Cumulus Linux are as follows.

Reduced CAPEX can be achieved by lowering the cost of acquiring open switches and optics. As can be seen from the following picture, the total cost of bare metal MSRP is much lower than that of Cisco. 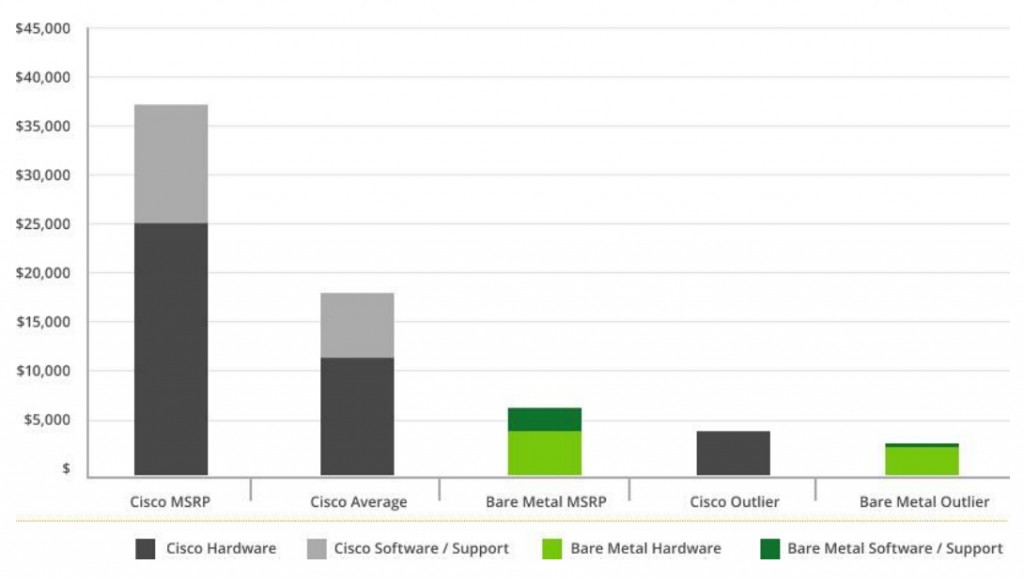 Allowing complete freedom of choice and supplying chain control with industry-standard 50+ hardware platforms, you can choose compatible hardware based on your needs and budget. By adopting Linux principles for networking, customers have achieved operational efficiency and reduced their time to production by as much as 95%, while reducing their TCO by up to 60%. With rich ecosystem and converged administration, Cumulus Linux helps to get simpler, scalable, faster-to-deploy networks. And OPEX is reduced by leveraging existing talent and assigning more switches per engineer.

Automation and consistency are critical characteristics of web scale IT, which is why Cumulus Linux was designed with automation top of mind. To make the process even easier, Cumulus’s NCLU allows network operators and system administrators to harness the power of Linux networking and quickly automate using NCLU module.

Cumulus Linux is the ultimate choice when it comes to flexibility and innovation, enabling the best of breed hardware and technology ecosystem. Providing economical scalability and choice flexibility, Cumulus Linux can run multiple network paths without the need for multiple switches, giving you traffic isolation and network segmentation for multiple devices.