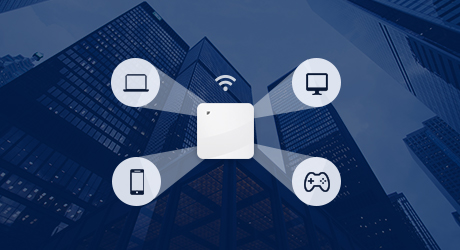 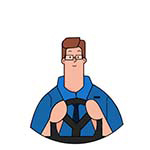 Some intimidating and mysterious terminologies like MIMO, spatial streams, and spatial multiplexing may freeze a newbie network manager's brain when deploying wireless networks. A better understanding of these techniques used in Wi-Fi 6 will minimize confusion and lead to wiser decisions in the choice of relevant products or the design of the network deployment.

Why Does Space Matter in the Wi-Fi Field?

The quest for increasing bandwidth seems to never stop in today's crowded and often interference-prone networks. How to increase the throughput between the transmitter and the receiver? MIMO technology seems to be a cure-all.

An analogy can illustrate more visually: frequency bandwidth is like the width of a road, while the number of spatial streams can be thought of as the number of the lanes. Two options to improve the space utilization of the road: either to expand the road or to increase the number of lanes. Evidently, the former requires additional valuable land resources, while the latter just effectively reuses the existing land resources.

Back to the wireless networks field, insufficient land resources are similar to radio spectrums in networking deployment scenarios. As a result, adding spatial streams can help to increase throughput. 802.11ax (Wi-Fi 6) adopts the key technology MIMO to support an increasing number of Wi-Fi devices consuming ever-increasing amounts of bandwidth.

MIMO (multiple-input multiple-output) refers to multiple antennas used simultaneously for the transmission and multiple antennas used simultaneously for the reception all over a radio channel. Specifically speaking, "multiple-input" means multiple transmitter antennas—they input a radio signal into the channel; "multiple-output" means multiple receiver antennas—they take the output from the channel and into the receiver.

Depending on the number of antennas, there are SISO, SIMO, MISO, and MIMO systems. The multiple antennas feature allows MIMO systems to produce multiplexing gain and diversity gain. So, is it true that "the more the merrier"? Normally speaking, adding more antennas on the transmitter or receiver can be used to improve link quality and reliability, throughput between the transmitter and receiver, or both. 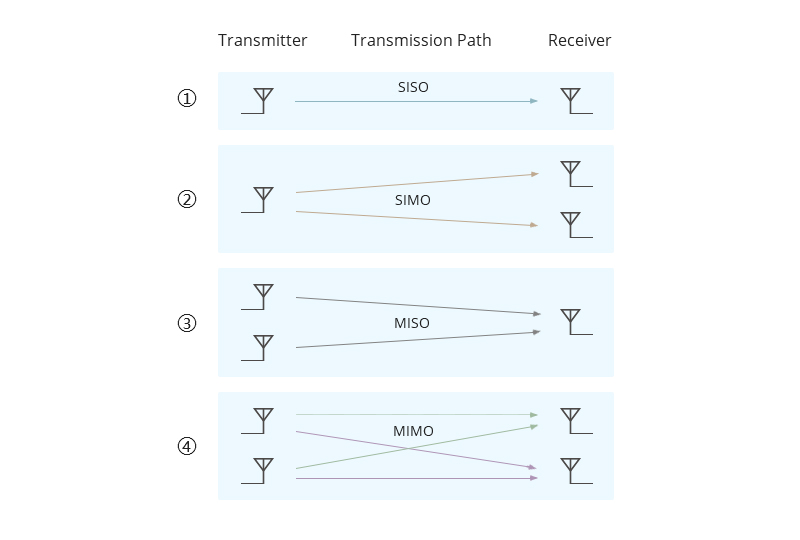 Multi-user MIMO algorithms are developed to enhance MIMO systems when the number of users or connections is greater than one. MU-MIMO is the next evolution from single-user MIMO (SU-MIMO). In MU-MIMO, the router divides the available bandwidth into individual streams that share the connection equally. MU-MIMO routers are available in 2x2, 3x3, or 4x4 variations, which refer to the number of streams (two, three, or four) that are created by the router. Every access point (AP) or router has a certain fixed number of streams it supports.

Wi-Fi spatial streaming or multiplexing is a transmission technique used in MIMO wireless communication to transmit independent encoded signals from each of the multiple transmit antennas. The source data (usually data requested by the user) is split into two or more independent data streams that are transmitted over multiple antennas (so-called spatial streams). Theoretically, spatial multiplexing can increase the capacity of the system as pairs of transmitter and receiver antennas are added to the system.

Besides, space-time block coding (STBC) can also be used to gain robustness and reliability. Multiple radio chains will be used to send the same data multiple times or the bits of the same data over different antennas, which ensures that the same data is sent through different paths and it will also be received at different times on multiple antennas.

Based on what we've discussed before, more spatial streams will bring higher throughput, but with higher hardware costs as well. A single radio of an enterprise-class Wi-Fi 6 AP supports up to eight spatial streams, delivering a throughput of up to 9.6 Gbit/s. Wi-Fi 6 that holds the enormous capacity potential will provide spatial diversity for MU-MIMO applications. Enterprises need to choose APs based on their actual service requirements for the most cost-effective solution. Furthermore, ever-changing service models drive enterprises to select APs with more spatial streams for Wi-Fi 6 network deployment.

For the majority of the enterprises in networking construction, a minimum of 30 to 40 concurrent Stations (STAs) connected to each AP are required to meet the demands for daily production or operation. If services are initiated on 20 STAs concurrently, the provided bandwidth of an enterprise-class 2x2 MU-MIMO Wi-Fi 6 AP only meets service requirements of 1080p video streaming. For this kind of situation, Wi-Fi 6 APs working in 4x4 MU-MIMO mode or higher is more suitable. Diversified STA types drive enterprises to select APs with more spatial streams on Wi-Fi 6 networks. Wi-Fi 6 AP with 2x2 MIMO configuration and Wi-Fi 6 AP with 4x4 MIMO configuration are the two most common types in the market now.

As one of the key technologies, MIMO technology has been applied widely in the field of wireless communication with continuous development in recent years. As the enhanced version of MIMO technology, MU-MIMO technology is becoming the impetus of the trending Wi-Fi 6. With the number of Wi-Fi 6-capable STAs continues to increase, wireless networks using enterprise-class Wi-Fi 6 APs are becoming more popular than ever before. When upgrading legacy Wi-Fi networks or deploying new Wi-Fi networks, Wi-Fi 6 is the obvious choice for enterprises. And with the development of all-wireless networks, the enterprise digital transformation will be accelerated accordingly.