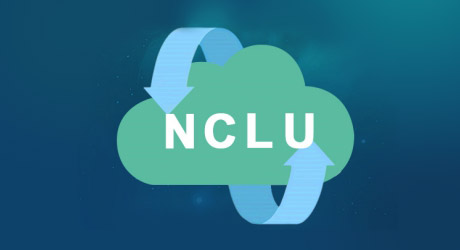 The communication industry is embracing Linux-based switch hardware and software to build affordable, agile and high-capacity networks. However, to maximize operational efficiency, IT engineers need not only advanced network functions, but also more concise command line interfaces and configuration approaches - because even the command lines of various Linux-based switches are similar, not all the engineers are necessary with a Linux background.

To simplify network configuration and make Cumulus Linux accessible to a broader community of network operators, Cumulus Networks, the leading open source NOS provider, releases NCLU (Network Command Line Utility) as the command line interface of Cumulus Linux: it is a consistent and helpful user interface to smooth the transition to Cumulus Linux for beginners of Linux or engineers who are accustomed to conventional commands. NCLU is a Linux command line in essence, so it allows engineers to leverage all the benefits of a standardized Linux interface while integrates some of the benefits of traditional command line interface. NCLU will significantly reduce the learning curve for network engineers, enabling the accelerated adoption of Linux as a networking model.

Let’s see the advantages of NCLU by illustrating how to configure LACP using NCLU.

The “net example” function of NCLU offers context-sensitive prompts, embedded help and examples for engineers that are not familiar with Linux commands. For instance, if you want to configure LACP with Cumulus Linux but have no idea which commands to use, just type “net example” and find the accordance command. See the figure below, the third command is the prompt for LACP configuration.

By typing “net example bond”, you will get the example for configuring LACP.

Generally, it is necessary to enter a specific mode when configuring the network with the traditional command line, such as“switch>enable” or “switch#configure terminal”. However, NCLU eliminates the need to edit the underlying files or accessing to any mode - just entering the commands to configure the function needed. Here is a comparison of LACP configuration process using Cumulus NCLU and another vendor’s command line.

Cumulus Linux: Only a command required for LACP Configuration.

NCLU could help review and check mistakes of every modification. When typing “net pending”, all the revisions including any “add/delete” since last commit will show on the interface. The green-colored text in the below figure shows revisions in the LACP configuration.

NCLU provides a uniform way to access Cumulus Linux through a modern and simple-to-use interface, giving engineers the ability to run the network in a manner that they are familiar with. The real value of NCLU lies in the unparalleled simplicity it offers to achieve operational efficiency and scale out network architecture. With NCLU, we can expect to see the quick development and wide adoption of Cumulus Linux.