Port mirroring is used on a network switch or router to send copies of packets on the specified ports (source ports) to other specified ports (destination ports). FS S3900 series switches are the ideal Gigabit access and aggregation switches for SMB, enterprise and campus networks. They support port mirroring to help users monitor and analyze network traffic, and debug data or diagnose errors on a network. 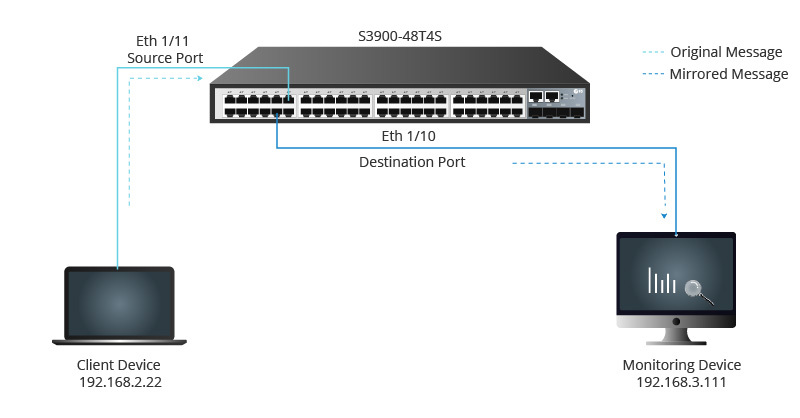 In remote mirroring, source ports and destination ports do not belong to one S3900 switch. Destination port on one switch can monitor the source port on another switch via the connection between the two different switches. Take remote port mirroring application of S3900-48T4S and S3900-24T4S as an example. Set S3900-48T4S port (5) as the source port, and set S3900-24T4S port (5) as the destination port. And make an uplink connection between the two switches via the ports (10) on two sides. Thus, users can use the monitoring device connected to S3900-24T4S to monitor and analyze the data from the client device connected to S3900-48T4S switch. 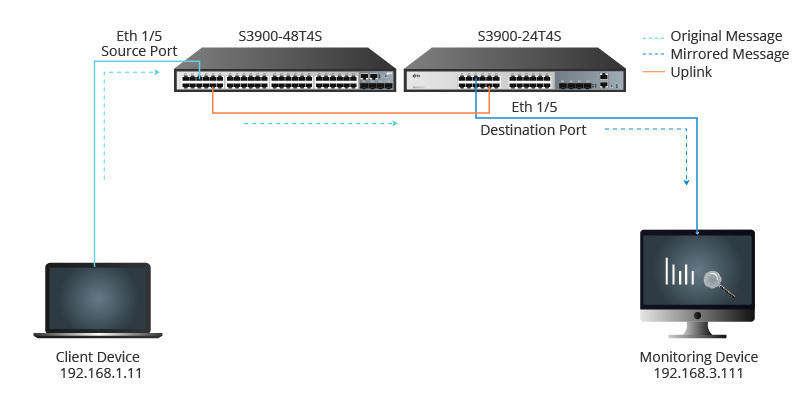 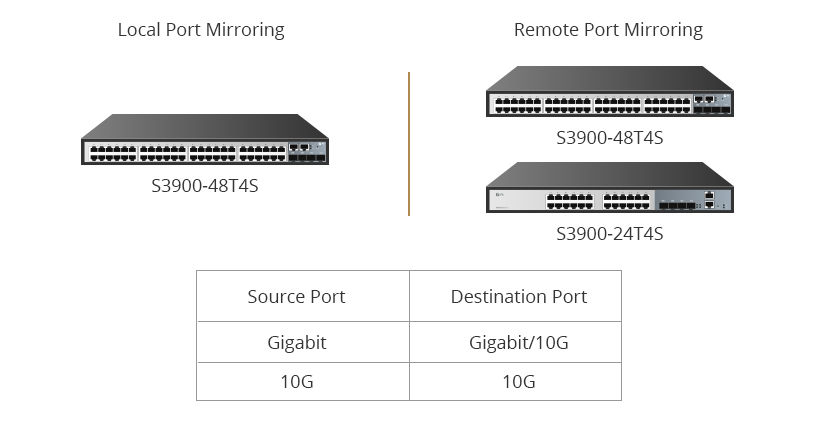 Running local and remote port mirroring on S3900 series switches can be achieved by CLI and web interface. Here uses CLI configuration as an example.

5. Verify the results by the software of capturing packet Wireshark. Users can use the destination port (10) to capture the packet from the source port (11). This means port mirroring is successfully configured.

6. Verify the results by the software of capturing packet Wireshark. Users can use the destination port (5) on S3900-24T4S to capture the ICMP packet from the source port (5) on S3900-48T4S. This means remote port mirroring is successfully configured.